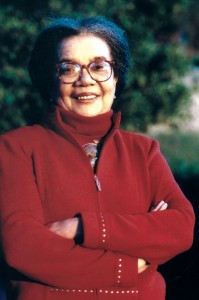 The words of a Spelman College graduate were a guiding principle in the historic bankruptcy settlement of Detroit.

“Democracy is not a spectator sport,” is the quote by Marian Wright Edelman, valedictorian, Class of 1960, and 11-year chair of Spelman’s Board of Trustees. Edelman founded the Children’s Defense Fund in 1973 and serves as its president.

The words are cited in the opinion issued Nov. 7 by U.S. Bankruptcy Judge Steven Rhodes, of the Eastern District of Michigan, Southern District.

Rhodes presided over a fiscal resolution that’s been described as historic for the way it unified the resources of Detroit’s civic, cultural and non-profit organizations to resolve the city’s $18 billion bankruptcy case.

Rhodes’ ruling indicated that he reflected on Edelman’s words during his deliberations. The judge said the quote was introduced to the proceedings in testimony from Fredia Butler, a community rights activist.

The quote appears in the fourth paragraph cited below. This is an excerpt from the conclusion of Rhodes’ ruling, which is a written version released after the oral presentation:

Edelman was born in 1939. She grew up in the segregated south, in Bennettsville, S.C. and became active in the civil rights movement while at Spelman, according to a profile in thegrio.com. Edelman was arrested during a sit-in in Atlanta, an incident that focused her attention on studying the law, according to the profile.

Edelman was graduated from Yale Law School and worked with the NAACP in Mississippi before moving to Washington to serve as a lawyer for the Poor People’s Campaign being started by the Rev. Martin Luther King, Jr., according to her biography on childrensdefense.org.

Edelman soon moved on to Harvard University, where she directed the Center for Law and Education. She left after two years to start the Children’s Defense Fund, according to childrensdefense.org.