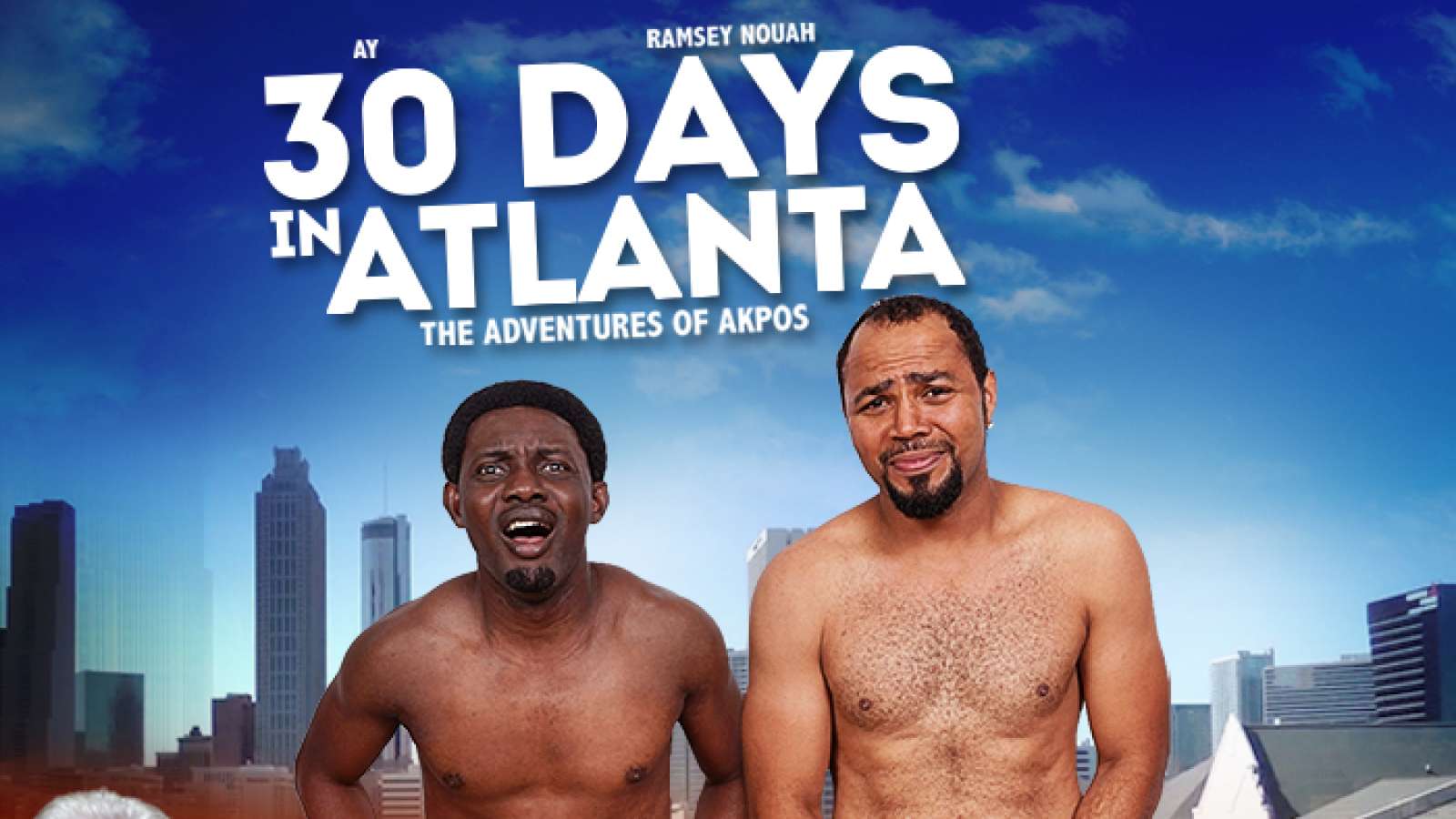 Stuck in a middle-row seat on a flight from Johannesburg to London last year, I watched my first Nollywood movie, “30 Days in Atlanta.” It came to mind last week in the uproar over President Trump’s scatological remarks about the countries we were flying over.

Nollywood is the nickname for Nigeria’s boisterous film scene, which thrives on low-budget, madcap romantic comedies like “30 Days in Atlanta.” The movie’s about an unpolished bumpkin named Akpos and his more urbane cousin, an IT specialist, who win a 30-day trip to Atlanta at a party for the opening of a fancy new real estate development in Lagos. Ayo Makun, who plays Akpos, also produced the film, which was a box office smash across much of Africa.

It’s a plot line as old as Shakespeare: our two heroes fly to Atlanta, meet two ladies, played by the American actresses Lynn Whitfield and Karlie Redd, lose them briefly and reunite for a big finish. Most of the jokes center around Akpors’ unvarnished response to American culture — Nigerians love to make fun of themselves as well as others. It’s not a lot different in spirit from an American comedy of the 40s and 50s about rubes come to the big city.

Those who think about Nigeria and other African countries in the same terms Trump used would not be surprised that Atlanta is viewed as a desirable destination in a Nigerian film. They might be surprised, however, at what makes it desirable.

Nearly every successful and industrious American you meet in “30 Days in Atlanta” is a Nigerian immigrant, and the notable exception is the immigration lawyer (Lynn Whitfield) who got them here. The rest of the Atlantans are a grab-bag of Nigerian stereotypes of us. Akpos is scandalized by a mother who can’t control her unruly child, falls into a crap game with a mixed-race street gang and gets hauled up before a judge who sounds like the one in “My Cousin Vinnie.” 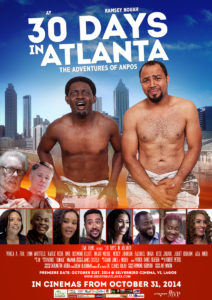 Some who have received email solicitations from a lawyer in Lagos who wants to share a fortune may not have formed such a positive view of Nigerian enterprise, as the filmmakers are aware. Akpos’ cousin, played by Ramsey Nouah, gets a stern lecture from his girlfriend’s father, an immigrant businessman who doesn’t want her hanging out with the sort who give Nigerians a bad name.

From the film’s perspective, America, through the lens of Atlanta, is a place of great opportunity for Nigerians, but it’s also a great place because of them. Throughout the movie, our heroes stay in touch with home via Skype. Nigeria isn’t heaven, but it hardly comes off like Trump’s crude estimation of it. At the end of the movie our two American heroines are running joyously through Hartsfield-Jackson, heading to a new home with their Nigerian boyfriends.

Neither Trump nor his supporters care much what Africans think of us these days, but there is reason to care. If there’s one thing people in this country need to absorb about 21st Century Africa, for their own self-interest, it’s the speed with which the Chinese are moving to become the dominant economic power across the continent. In Nigeria, for instance, the Chinese are bankrolling an upgrade of the country’s dilapidated rail system. No one had more reason to be delighted over last week’s uproar about what the president of the United States really thinks about this part of the world than Xi Jinping.

The president was said to be pretty upbeat about it as well, sounding out friends about the possible fallout before heading off for the weekend, confident he’d helped himself with his base by using language heretofore unseen in American headlines.

A week which began with the unprecedented live airing of a bipartisan negotiating session on immigration ended with an extended argument over what the president said in the closed-door meeting which was called to head off much of what had been agreed on in the open meeting. This got into such nuances as whether the word Trump used to describe Haiti and African countries ended in “hole” or “house.”

It didn’t really matter — Trump gave no more than a winking denial from the beginning. But Sen. David Perdue of Georgia and Sen. Tom Cotton of Arkansas nevertheless went through the embarrassing prostration of first jointly denying Trump “specifically” used such language, then simultaneously remembering that nothing of the sort was said at all. Grown men seldom put themselves through such gyrations without a very compelling reason.

Outrageous though it was, by the end of the Sunday talk shows the whole affair had sunk to the level of low comedy. It was the kind of material Jerry Lewis could have made a lot of. Or Ayo Makun.

Watch the trailer for the film here: