Check back for updates.

The Xpress bus service operated by GRTA will continue to operate through at least June 2014 if the Legislature leaves intact the operating funds recommended by Gov. Nathan Deal in his budget proposal for FY 2014. 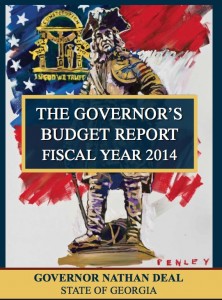 Deal also made history by including Xpress funding in the state’s annual budget, rather than its supplemental budget. That’s significant because eliminating money from programs that are included in the annual budget has, historically, been much more difficult than eliminating funding that was provided in the amended budget, or supplemental budget, the Legislature adopts in the middle of a fiscal year.

Deal provided $8.1 million for Xpress operations in the budget he unveiled Thursday. The money would offset the loss of local and federal funds, according to the line item in the governor’s budget.

This is the third year Deal has provided funding for the regional bus service in metro Atlanta. Funding was slated to run out in June, which is the end of the state’s fiscal year. Deal didn’t mention Xpress in his budget presentation, but did cite the need for Georgia to support economic development and transportation:

“In addition to building a globally competitive workforce, we must continue to make strategic investments in economic development, natural resources and transportation across the state to remain a competitive destination for business and grow high-skilled, well-paying jobs for Georgians,” Deal wrote in his budget message to lawmakers.

Xpress serves a ridership comprised mainly of commuters heading to and from work.