The YWCA of Greater Atlanta decided to hold its Salute to Women of Achievement on April 21 at 7 p.m. – virus or no virus. 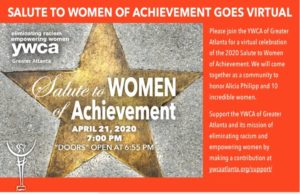 But this year’s Salute will be virtual, and it will be free to whoever wants to join in. Folks just have to register online to be able to participate.

Sharmen Gowens, CEO of Atlanta’s YWCA, said the Salute usually accounts for one third of the nonprofit’s annual budget. The organization’s daycare center is closed, and that is impacting another one of its revenue streams.

So, the YWCA made the decision that “the show must go on” because it needs funds so desperately. Its leaders decided to forgo its fancy gala event and to make it a virtual affair.

And it appears the bet is paying off. Already, about 500 people have registered for the event. 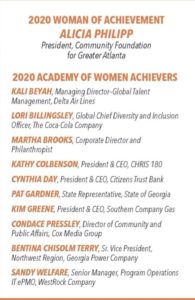 This year’s inductees to the YWCA;s Academy of Women of Achievement

The YWCA did its research, and it opted to hold its 2020 Salute with the videoconference platform Zoom.

The 10 honorees will be joining in from the comfort of their own homes. There will be videos to show and sponsors to acknowledge. While attendees don’t have to worry about getting dressed up – they do have to make sure they have good solid WIFI and have decent lighting.

This year’s event is honoring some true change agents in Atlanta from local companies such as Delta Air Lines, Coca-Cola, Georgia Power, Southern Company Gas, Citizens Trust Bank and others.

Alicia Philipp, who is retiring as president and CEO of the Community Foundation for Greater Atlanta, is being honored with the highest recognition as the 2020 Woman of Achievement. 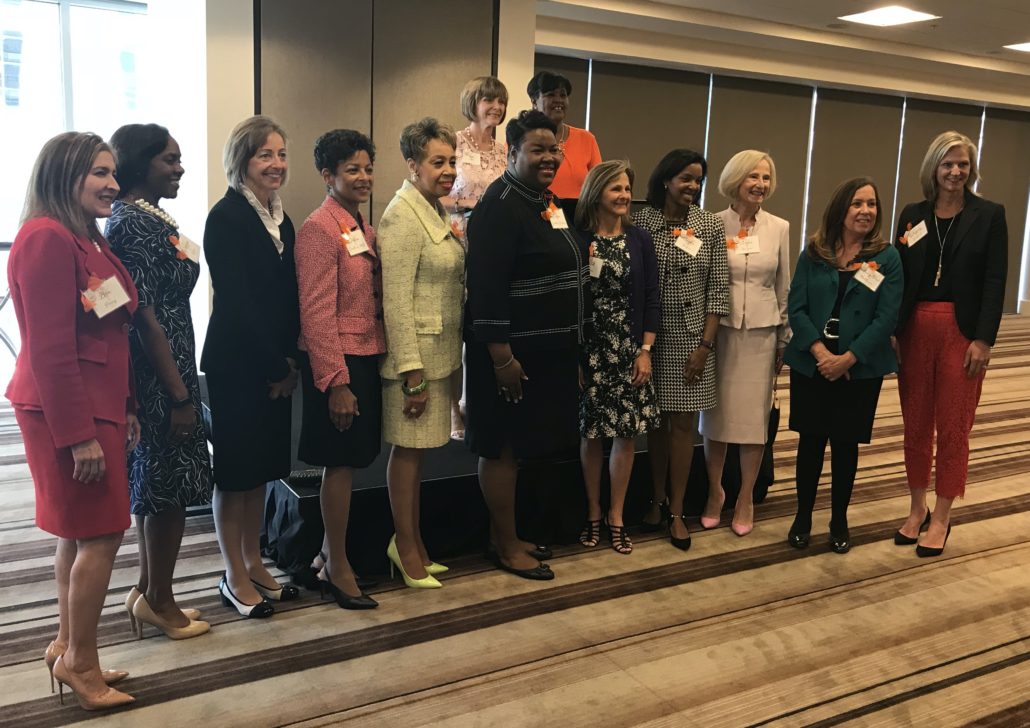 Previous Article
City of South Fulton: Creating a sense of place on a blank slate
Next Article
From the chaos of pandemic policy, regional alliances emerge