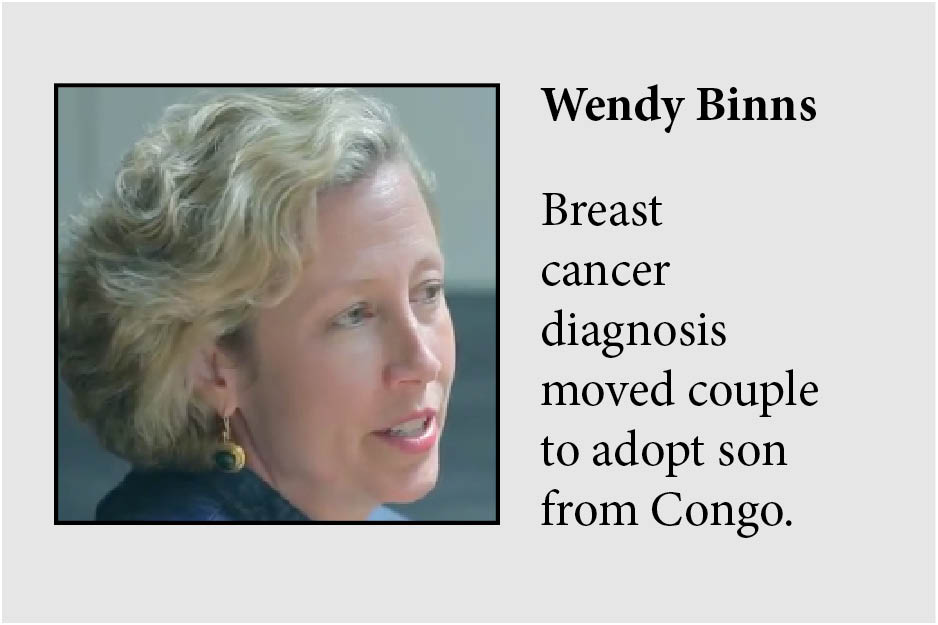 In September of 2011 at age 36, Wendy Binns was diagnosed with invasive ductal carcinoma – breast cancer. At that Moment, the owner and publisher of Atlanta INtown newspaper joined the ranks of more than 200,000 other women – including Wendy’s mother – who are diagnosed with breast cancer every year.

Wendy had seen the toll the diagnosis had taken on her mother and her family and she knew the difficulty of undergoing treatments. But she also knew had her mother not been diagnosed, Wendy might not have been as vigilant and discovered her own diagnosis so early. The mother and daughter saw that as a gift.

“The most excruciating part of getting the diagnosis was having to pick up the phone and call her and tell her that her baby girl was diagnosed with breast cancer too,” Wendy told us in our accompanying Moments HD video.

“It makes you think about life and it can be really scary,” Wendy said.

Telling her mother was only her first hurdle. Next, there were the long periods of testing and procedures and waiting for results. The waiting provided time for reflection for Wendy and her husband Ward and led to a life changing decision.

A couple days after receiving Wendy’s diagnosis, Ward brought up a sensitive subject. “Ward looked at me and said, ‘This is terrible timing, but I really want to start a family.’ “ Wendy recalled. “I said, ‘I agree.’ ”

The cancer diagnosis had dramatically introduced the couple to the limitations of time, so they acted right away and began contacting adoption agencies.

The adoption process of paperwork, interviews, home studies and background checks was tedious and exhausting – but for Wendy, it provided a positive direction for her to focus her energy during her difficult cancer treatments.

“When I was home not feeling so great, that was really my light at the end of the tunnel.”

Unfortunately, Wendy and Ward quickly learned that a cancer medical history would not make them prime parent candidates for most adoptions. Disheartened at first, the couple was pointed by the adoption agency to a continent that was receptive to medical histories similar to hers – Africa.

Ward has served in the Peace Corp in Central Africa Republic in 1993 so he was familiar with what life was like in that country. As the couple researched the different countries in Africa, they began learning more about the crisis in Congo. A fifth of children in the Congo didn’t live past the age of seven, they found.

Wendy and Ward began to focus on Congolese orphanages. They knew there were more boys than girls available and they knew older children had a harder time finding homes, but they were willing to take an older son. The process continued over the year as Wendy received grueling cancer chemotherapy and radiation treatment. 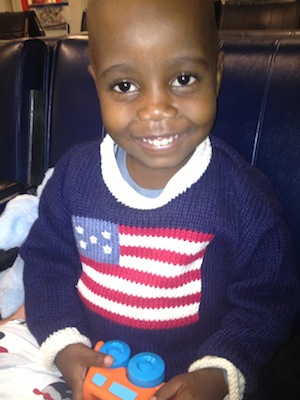 Daniel Binns shortly after coming to Atlanta to live with his parents Wendy and Ward.

“It was tough, but I was able to focus on my little boy,” Wendy said. “I knew at the end of it, he would be here safely and I would get to be a mom.”

In May 2012, Wendy and Ward received a photo of a little boy from the Congo and they were struck by his look. They told the adoption agency, “Yes, we want to be his parents.”

They raised money for the orphanage, had their immunization shots and were packed and ready to pick up their little boy when rebels suddenly invaded Goma, located on the eastern side of the Congo. The adoption agency felt it was too dangerous for the couple to continue with their travel plans so instead, their son would be escorted to the United States to meet his new parents at the Cincinnati, Ohio airport.

“The little fellow was wearing his traditional Congolese outfit and just toddling along the hallway.” Wendy said. “We could see him coming from a distance and we called his name a couple times and he just sort of walked into our arms.

“He came right to us – and then we were a family.”

Named Muteba by the orphanage after a national soccer goalie, Wendy and Ward gave their little boy the name Daniel Muteba – Daniel after Wendy’s father – to tie together his two cultures.

Wendy described Daniel has a happy boy always smiling, who loves school, sports and learning about traditions such as Easter, Valentine’s Day and Mardi Gras.

“It’s all so fun for him,” Wendy said. “We are getting so much joy seeing him experience things for the first time.

“Giving him his first slice of birthday cake – that was so cool. Taking him out to ice cream or seeing him play on the playground – it’s enjoying the little things in life.”

As founder and previous owner of the newspaper group that Wendy owns today, I had the pleasure of hiring Wendy right after she graduated from the University of Virginia. She joined the sales team of what was then three neighborhood newspapers and on her first day, met Ward Binns, who was then our papers’ editor. After I sold the newspaper group to Nonami, the Cousins family investment group, Wendy quickly moved up through the ranks, eventually becoming the paper’s general manager. A few years later, Nonami approached Wendy about buying the business, which she did, steering it successfully through the recent recession.

Today, Wendy is no longer among the ranks of women with breast cancer; she approaches her 38th birthday with a clear MRI and joins the ranks of mothers juggling family schedules. As owner of Atlanta INtown, she is publisher of a community newspaper that publishes more than 40,000 copies each month, is distributed to neighborhoods inside the Perimeter including more than 20,000 papers mailed to Atlanta addresses and 22,000 papers distributed through restaurants, small businesses and arts venues.

Despite being publisher of a hyperlocal newspaper growing in circulation, the joy that Daniel has brought to Wendy and Ward has caused Wendy to slow down and reevaluate how she spends her time, she said. Seeing Daniel light up at things they so often took for granted – such as birthday cake – has reminded her to enjoy the little things.

“I want to keep a slow pace – I think that’s a healthy way to live.”

Today, Wendy describes the diagnosis as a gift.

“I’m a better person for it and in many ways it was a gift,” Wendy said. “That Moment set a serious path for my life and since then I have had a series of life changing Moments – the biggest one and the happiest one is the adoption of our son Daniel.” 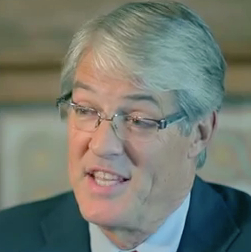 Next week in Moments: Fred Northup

Next week in Moments: Fred Northup, who started a foundation to improve sportsmanship after watching an NBA player choke his coach in practice.