In a Pandemic, Survivors of Torture Teach Lessons of Survival 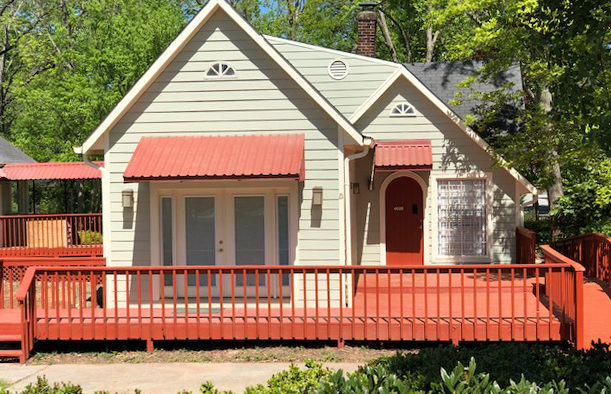 In these times of fear, anxiety and the possibility of serious illness or even death due to the coronavirus pandemic, I have been thinking a lot about those first days I spent in a secret detention center in Argentina back in 1976. A military coup had taken place and tens of thousands were being secretly abducted, tortured and killed, desaparecidos whose bodies were never found. Enduring beatings and waterboarding, blindfolded and handcuffed behind my back, surrounded by the screams of people being tortured, all I remember is tiny glimpses of reality in the midst of a huge cloud of confusion. I didn’t know where I was, what would happen to me or to my parents and younger brother who were also there. It is said that torturers interrogate during the first hours following the arrest, and preferably late at night, because that is when victims are most disoriented. Torturers know that disinformation, uncertainty and panic lower the psychological defenses of those being interrogated. But, as the days went by and I was able to make some sense of my surroundings, I started to figure out little ways to defeat the system: I communicated with my parents via coughs, I obtained permission to be handcuffed in the front instead of behind my back, I learned to recognize which guards were more permissive than others. In other words, I started the gradual curve that leads to survival.

I imagine that many refugee survivors of torture and asylum seekers who fled violence in their home countries—individuals like the clients of Clarkston’s Center for Victims of Torture (CVT) — are going through a similar process right now as they confront the spread of the virus, its threats and the new limitations it brings to their already limited freedoms. Because of COVID-19, they are probably remembering the harrowing times when their lives, and their relatives’ lives, were at stake. For some of them it might bring about PTSD symptoms and an overwhelming sense of despair: “again?” But I venture to say that for most it is probably an opportunity to reflect on what helped them get through trauma. After all, they are survivors. And while survival is random and depends to a great extent on luck, it also has to do with some difficult-to-define inner strength and determination, some resilience that most people ignore until they need it. Given the same circumstances, some survive and some do not. People who have written about their experiences in Nazi concentration camps know it well. Primo Levi, in If This is a Man (1958), remembers a prisoner at Auschwitz, “L.”, who made a special effort to wash his shirt every fifteen days and stayed as clean as possible under the circumstances. To “L.”, his dignity as a human being depended on that: if he lost self-respect, others would not respect him. Other prisoners, remembers Levi, gave up and usually were among the first to succumb to illness and hunger.

Now that we are all in the grip of fear and uncertainty about the future, it might be a good time to ask CVT’s clients and survivors of many catastrophic events worldwide: how did you do it? What kept you going while you were escaping violence with your children? How did you recover—or how are you recovering—from torture? Where did you find that kind of fortitude? It might be a good time to learn from them and give them the opportunity to give back. Because they are not “victims”: they are survivors, individuals who were horribly victimized but who did not give up and were determined to go on with their lives. No survivor likes to be called a “victim”. Being treated as a “victim” takes away your agency, turns you into a recipient of help instead of someone who is healing themselves with the help of others.

This might be a good time then to see torture survivors as teachers. We can all learn from them and, in the process, they and we will become better at dealing with the effects of trauma, individual and collective. Because we as a society will surely experience trauma and we will have to heal after this pandemic is over. For some of us this is the first time we are experiencing such frightening events. For others, like survivors, this is one more occasion to rise to the challenge and tap once again into that which makes us human. This is a huge boat (the size of the planet) and we are all in it together.

The Center for Victims of Torture (CVT) is a nonprofit organization headquartered in St. Paul, MN, with offices in Atlanta, GA, and Washington, D.C.; and healing initiatives in Africa and the Middle East.

Mental health resources for coping with the COVID-19 pandemic are available in multiple languages at cvt.org/COVID-19-resources.

CVT Georgia is a member of the Georgia Global Health Alliance.

Dr. Fernando Reati is a professor in the Department of World Languages and Cultures at Georgia State University in Atlanta. He is a member of the board of directors for the Center for Victims of Torture, which has a healing center in Clarkston, Georgia.

Global Health Action: Connecting health inequity to criminal justice policy and change for families in the US