Arthur Blank on new Westside park: ‘It is a great moment for our city’ 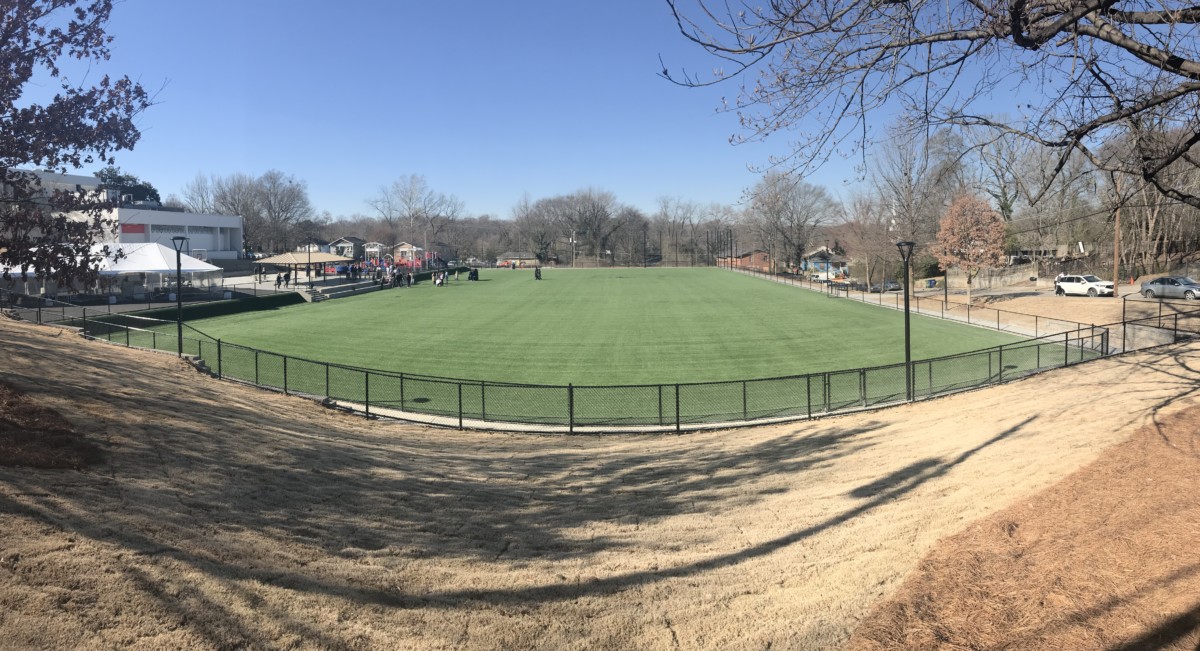 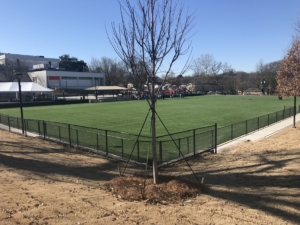 The Super Bowl Legacy Grant Program is part of the NFL’s contribution to improve communities in the cities that host the Super Bowl.

The NFL Foundation made a $1 million contribution for the renovated park, which cost a total of $2.4 million. Other contributors were the Atlanta Super Bowl Host Committee and the Arthur M. Blank Family Foundation. Additional support was provided by Atlanta-based partners – the Chick-fil-A Foundation, Park Pride, Primerica and WXIA.

“Thank you for leaving something in this community for others,” Mayor Bottoms told Goodell, Blank and members of the Super Bowl Host Committee. Bottoms remembered that as a child, she used to take ballet lessons in the neighborhood. She said she was thanking them on behalf of all the little girls who are learning ballet and the boys who would be playing sports on the new athletic field.

Dignitaries cut the ribbon of the renovated park, which also includes a playground and other amenities. 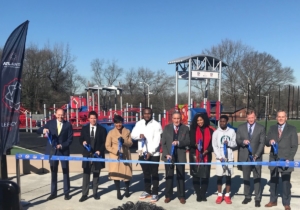 John F. Kennedy Park is adjacent to the Hollis Innovation Academy, and it is central to the Westside neighborhoods. Students from Hollis Academy and the community will be able to enjoy the versatile playing field for athletic competitions and also have a safe place for exercise and outdoor activities.

“The Super Bowl provides us with the opportunity to make an impact in the host communities long after the final play of the game,” Goodell said. “In conjunction with the Super Bowl Host Committee and the Arthur M. Blank Family Foundation, the Super Bowl Legacy Grant Program enables us to make meaningful improvements in the community that will last for years to come.”

Blank said the new park was only one of the efforts being made by numerous Atlanta leaders to improve the Westside, an area with a rich civil rights history. 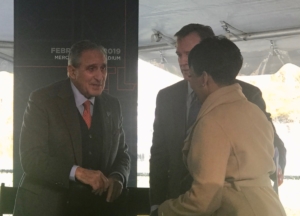 “It is a great moment for our city,” Blank said, adding that on Sunday as many as 100 million people would have their eyes on Atlanta and Super Bowl 53. He remembered the late Rev. Cameron Alexander of Antioch Baptist Church who told him the revitalization of the community was all about developing human capital. 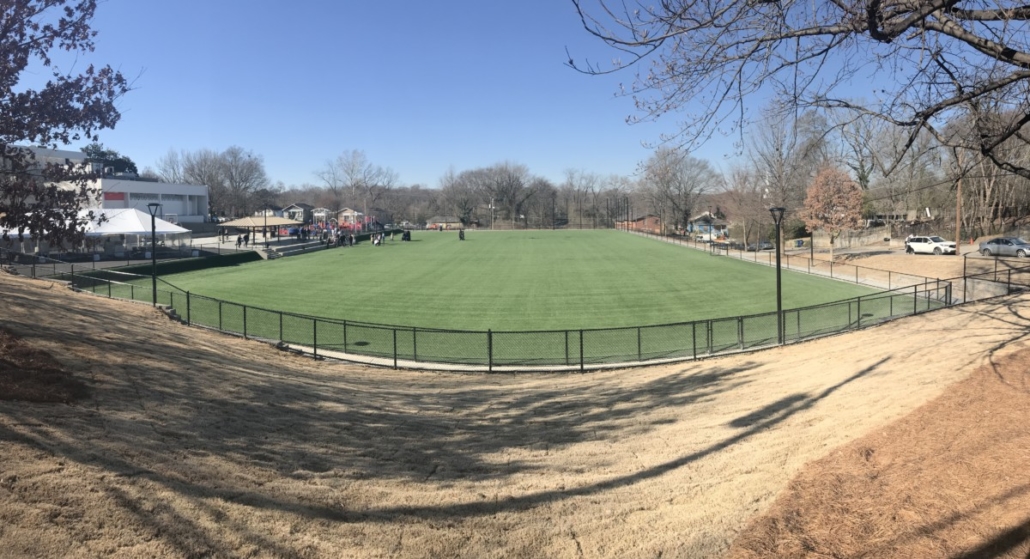