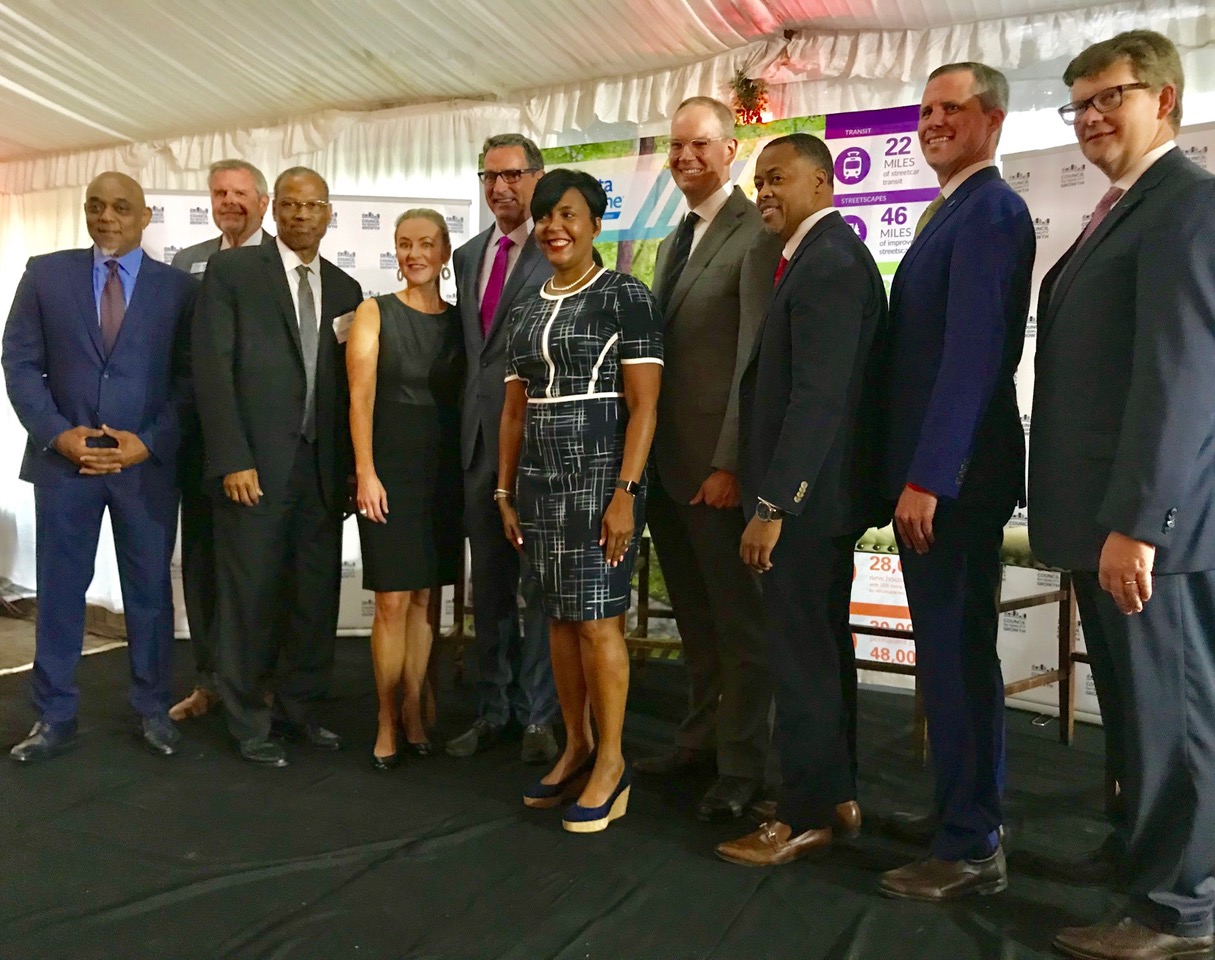 By Maria Saporta
As published in the Atlanta Business Chronicle on Aug. 30, 2019

It’s a sign of things to come. The Arthur M. Blank Family Foundation’s $17.5 million grant announced Aug. 27 to support the development of the Westside Park at the Bellwood Quarry is the latest indication of Arthur Blank’s intention to give away a significant portion of his wealth.

The grant, the largest private donation ever made to the Atlanta BeltLine Partnership, will serve as the lead gift to develop the former Bellwood Quarry and its 280 acres into the largest park in Atlanta.

“Our foundation giving is going up exponentially,” said Penny McPhee, president of the Blank Foundation. “Between 2018 and 2019, our grants budget is doubling from about $35 million in 2018 to about $70 million in 2019.”

Arthur Blank, co-founder of The Home Depot (NYSE: HD) and the majority owner of the Atlanta Falcons, has repeatedly said he plans to increase his philanthropic giving.

Blank has said that the family foundation will give away a total of $1 billion over the next decade. 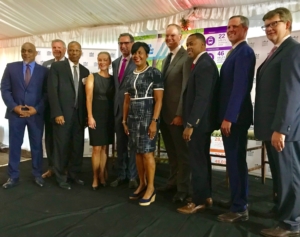 “That means we’ll be making much bigger grants,” McPhee said.

For example, the Blank Foundation has given a total of $20 million to the Avalon Fund, which supports the University of Colorado’s Marcus Institute for Brain Health. The foundation initially gave $5 million earlier this year, and then Arthur Blank announced a gift of $15 million more at the 90th birthday celebration of Home Depot co-founder Bernie Marcus on June 12. Marcus, who turned 90 on May 12th, also has pledged to give away much of his wealth during his lifetime.

For Blank, one of his greatest assets is the Falcons. Back in March, the finance committee of the National Football League, approved Blank’s sale of 10% of the Falcons to one new limited partner as well as to two current limited partners. The sale was estimated to be about $300 million based on the Falcons’ estimated value, which is about $3 billion.

The new limited partner was Alan Kestenbaum, a Canadian Steel company CEO who has more than three decades of experience in mining and metal production as well as experience in trading, distribution and finance. Two existing owners – Doug Hertz and Ron Canakaris – also increased their ownership share in the team. The Falcons’ other limited partners are Warrick Dunn, Derek Smith, Ed Mendel and Brian Barker.

In an interview with Forbes Magazine earlier this year, Blank talked about having signed “The Giving Pledge,” committing to giving away at least half of his wealth to charitable causes.

Investing in parks and green space has been a hallmark of Blank’s giving since he established the foundation in 1995. Ten years later, it made a transformational $5 million gift to help make the BeltLine a reality.

“The Blank Foundation funded the feasibility study that ultimately said the BeltLine made sense and could be a reality,” McPhee said. “At that time, the board said one of the highest priorities in the BeltLine plan was the Quarry Park. It would be a community park and a regional park, and it would provide the same kind of amenities on the Westside that Piedmont Park provides on the Eastside.”

Including the $17.5 million gift, the Blank Foundation has donated a total of $47.5 million for parks, green space and the BeltLine in Atlanta.

Also, that complements the Blank Foundation’s $50 million in grants it has made to the Westside communities of Vine City, English Avenue and other adjacent neighborhoods.

McPhee said the $17.5 million will be provided in two phases. The first $4.5 million will go toward helping build infrastructure on the lower meadow to make sure it will be a sustainable space that can withstand special events with thousands of people.

“One thing everyone wants to avoid in that beautiful meadow is the same water problems Piedmont Park has had in its meadow,” McPhee said. The initial grant also will go towards building restrooms and providing access to the park.

Suganthi Simon, senior program officer for the Blank Foundation, said the grant will help the BeltLine and the city of Atlanta make the space available to the community as soon as possible.

“We want to get people out there to experience the park,” Simon said. “We want to supplement the city’s efforts. A lot of our investment will be unseen. It will be for infrastructure.”

The remaining part of the grant will go towards investment in the higher elevation and the grand lawn. The foundation will work with the city’s Department of Parks and Recreation, the Department of Watershed and the BeltLine to implement the initial plans for the Westside Park.

“We want to keep as much of the natural ecosystem as we can,” Simon said. “We have a long term commitment for Atlanta to remain a green city – a city of trees.”