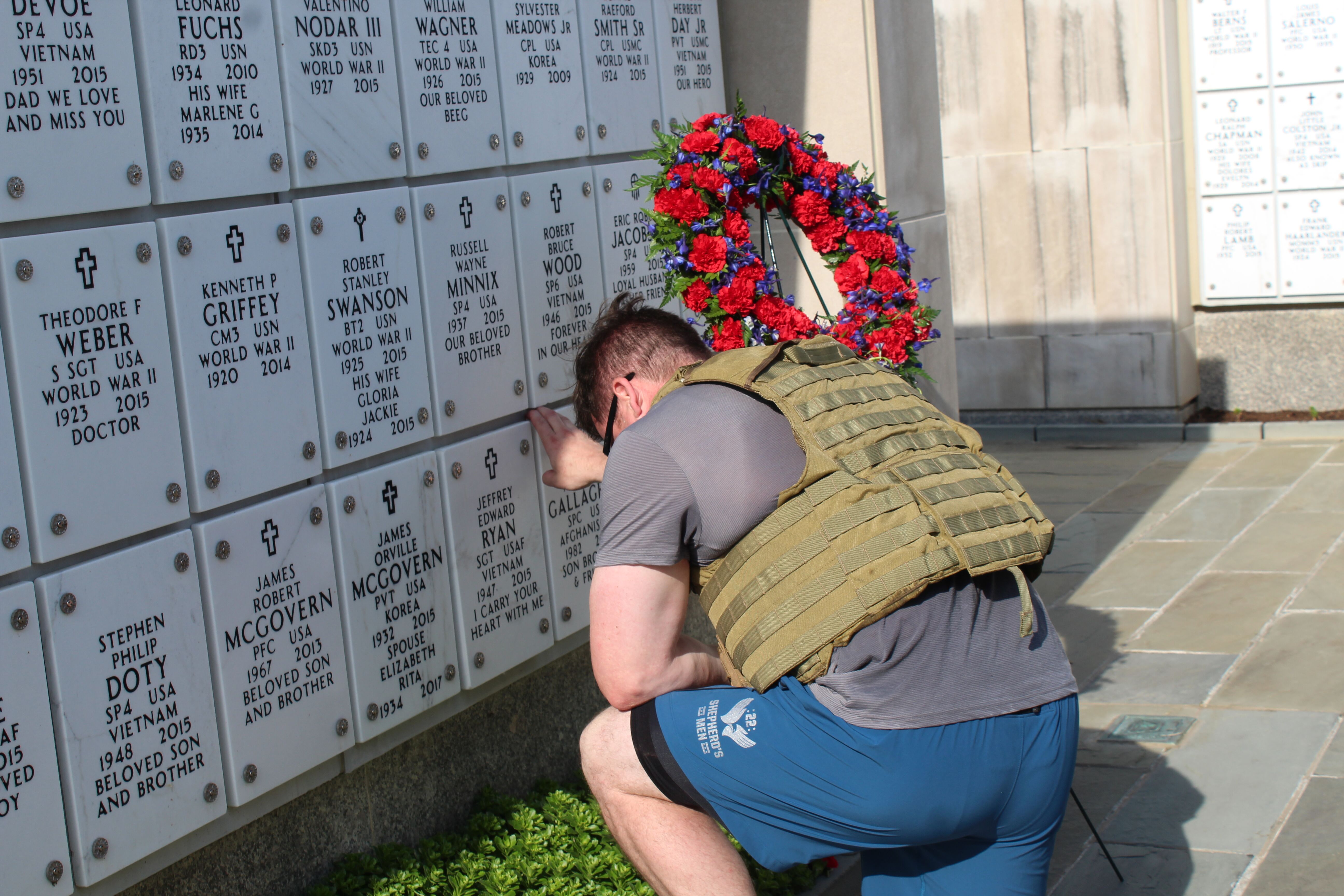 As the suicide rate among young Georgia veterans rises to well over twice the rate of their peers who did not serve in the military, the sixth annual event to raise money to help vets with brain injury and/or post-traumatic stress disorder is to end Memorial Day in Buckhead, when runners conclude their run from New York City to the Shepherd Center. 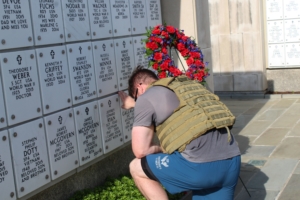 A member of Shepherd’s Men paused to pay tribute in Washington to fallen soldiers during their fund-raising run from New York City to Atlanta. Well-wishers can greet the team as they arrive Monday at the Varsity and Shepherd Center. Photo courtesy of Katy Ruth Camp/Marietta Daily Journal

Suicide figures compiled by the U.S. Department of Veterans show that young Georgia vets, in addition to committing suicide at rates higher than their counterparts in the general population, are posting a suicide rate that nearly doubled from 2005 to 2016.

On Memorial Day, well-wishers have two locations where they can to greet runners as they arrive in the event sponsored by an affiliate of Shepherd Center. Each runner has covered the entire route wearing a 22-pound flak jacket. The weight represents the 22 vets who committed suicide each day in 2014:

The event is sponsored by Shepherd’s Men, an affiliate of Shepherd Center. The fund-raising goal is $1.2 million, to benefit the Shepherd-based SHARE Military Initiative. Online contributions are still being accepted.

The sum to be raised is enough to cover a year of clinical expenses incurred by SHARE. The program has treated nearly 700 veterans, at no cost to the vets and with no reported suicides, according to a statement. 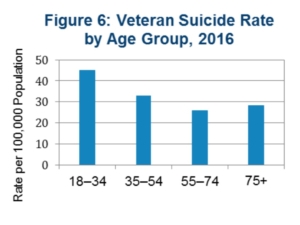 The VA observed of this chart that the suicide rate for those aged 18 years to 34 years ‘substantially increased from 2005 to 2016;’ and that the same age bracket had the highest suicide rate in 2016 among veterans of all ages, at 45 per 100,000. Credit: mentalhealth.va.gov

The suicide rate among military veterans has gained increased attention in recent years. As service members in the Middle East encounter attacks that seem intended to maim as much as kill, brain injuries have become more common than they were in past conflicts. A rising rate of post-traumatic stress disorder has been associated with these injuries and battle tactics.

President Trump established a Cabinet-level task force in March to address the suicide rate among military veterans. Task force members are to deliver within a year a:

Suicide rates have nearly doubled among Georgia veterans since 2005; the War in Iraq/Operation Iraqi Freedom, began in 2003. Death by suffication has nearly tripled, while death by firearms had declined from 2005 through 2016, according to the data sheet contained in the latest report by the VA.

The profile of veteran suicides in 2016 in Georgia compiled by the VA includes the following. The corresponding suicide rate, per 100,000 persons, for non-veterans is noted within parentheses: 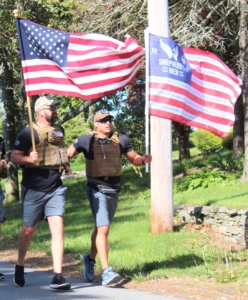 A group of Shepherd’s Men display their colors as they pass through Groton, Ct. on their journey to raise $1.2 million to help provide treatment to injured veterans. Photo courtesy of Katy Ruth Camp/Marietta Daily Journal

Georgia is among five states that contribute the most enlisted service members, in absolute terms, according to a report by the Council on Foreign Relations. The enlistment numbers result from the states’ relatively larges populations.

Georgia had the nation’s highest rate of representation in 2016, the CFR report showed. Georgia’s ratio was 1.5. A ratio of one means the share of recruits in 2016 was equal to the state’s share of youths aged 18 years to 24 years. 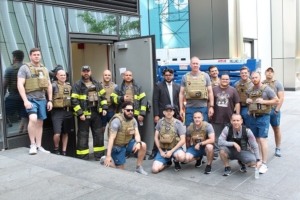 Previous Article
Stopping Outbreaks At Their Source: The Vital Work of Epidemic Intelligence Disease Detectives
Next Article
Keeping score – how Atlanta can improve its quality of life