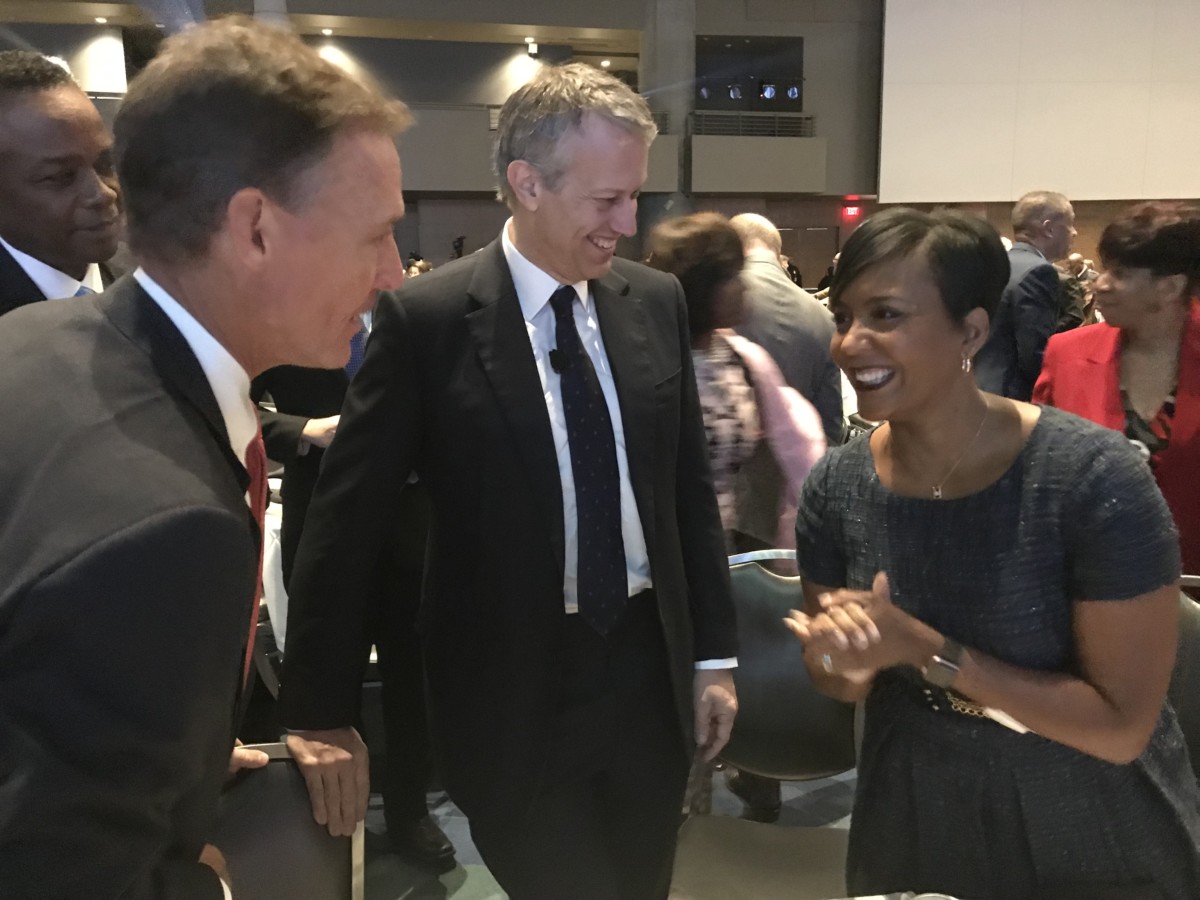 Atlanta Mayor Keisha Lance Bottoms also announced both she and Quincey had agreed to co-chair the Atlanta Police Foundation’s $35 million capital campaign, which will build at least one new @Promise Youth Center on the Southside along Metropolitan Avenue. 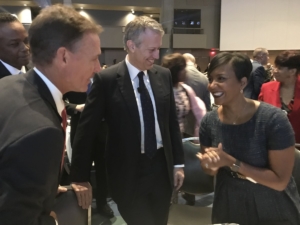 APF President Dave Wilkinson said the campaign is now in its quiet phase with an expected public launch early next year. The details of the campaign will be announced at that time.

But Wilkinson also mentioned that APF hopes the Vision Safe campaign will fund another @Promise Youth Center in the Campbellton Road area, also on the Southside.

Atlanta Police Chief Erika Shields described the success of the first @Promise Youth Center in English Avenue – a center that focuses on redirecting young people from a life of crime to one of success by providing supportive services, adult mentors and counselors.

“It’s an example of empathy in its most actionable form,” Chief Shields said. “It is a game changer. It probably means more to me than anything.”

The @Promise Center on the Westside was geared to serve about 150 young people a year. At its one year anniversary on Aug. 21, Wilkinson said the Center had served 347 kids.

A video spotlighted one of those kids – Javaris Middlebrooks – who had been an angry young man until he was brought to the center. Officer Maurice Moore took Middlebrooks under his wing, taught him boxing and made an outreach to his family to gain a better understanding of his situation.

Through that personal guidance, Moore said Middlebrooks went from someone who never smiled to someone who smiled all the time.

After the video, Middlebrooks, dressed in a suit and tie, stood up before the breakfast crowd that had gathered at the Georgia World Congress Center’s Georgia Ballroom for the breakfast.

“Life wasn’t really good until the @Promise Youth Center came into my life,” said Middlebrooks, who had to repeatedly wipe tears away from his eyes. “I didn’t have a father. Then Officer Moore came into my life. Now I’ve got a lot of opportunities…. Without that Center, I don’t know where I would be today.”

As the audience gave Middlebrooks a long standing ovation, Russ Hardin, CEO of the Robert W. Woodruff Foundation, leaned over and said: “That’s Atlanta at its best.” 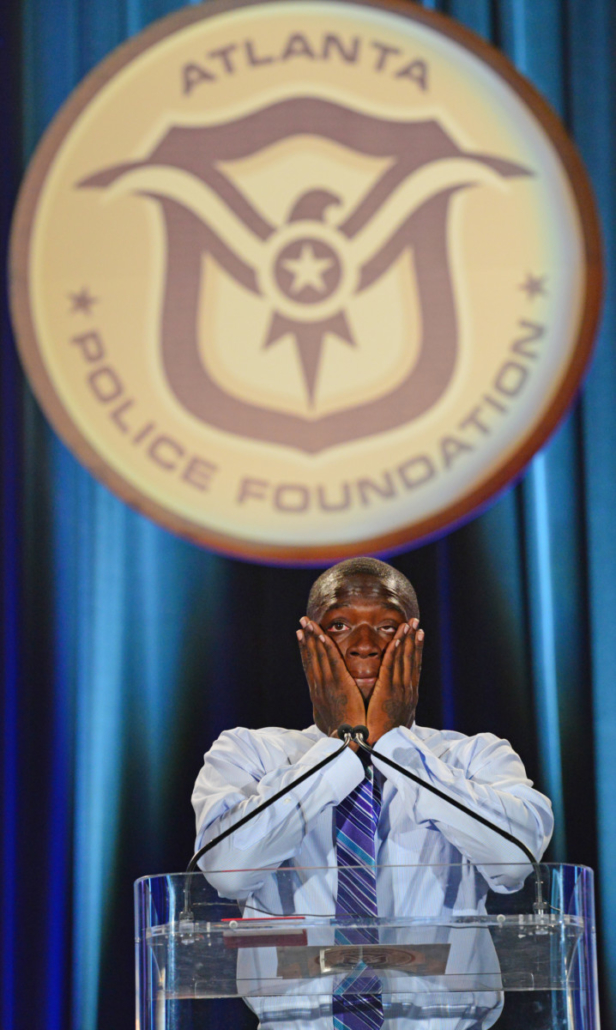 Javaris Middlebrooks is overcome with emotion at the Crime is Toast breakfast on Oct. 9 (Photo by Michael Pugh for the Coca-Cola Co.) 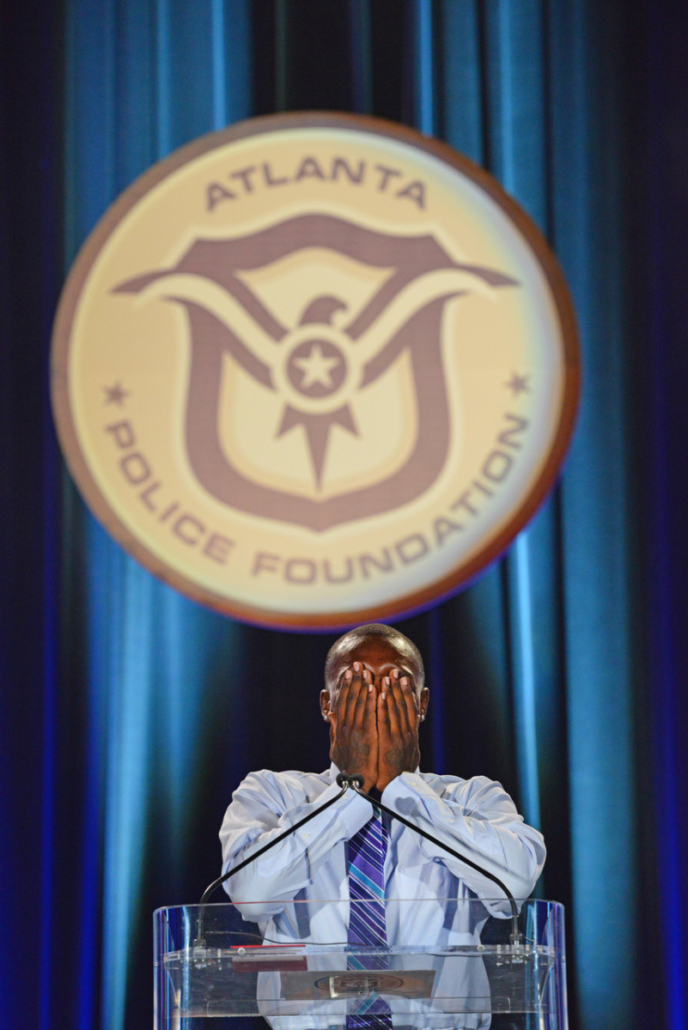 Jarvaris Middlebrooks covers up his eyes to wipe away the tears (Photo by Michael Pugh for the Coca-Cola Co.) 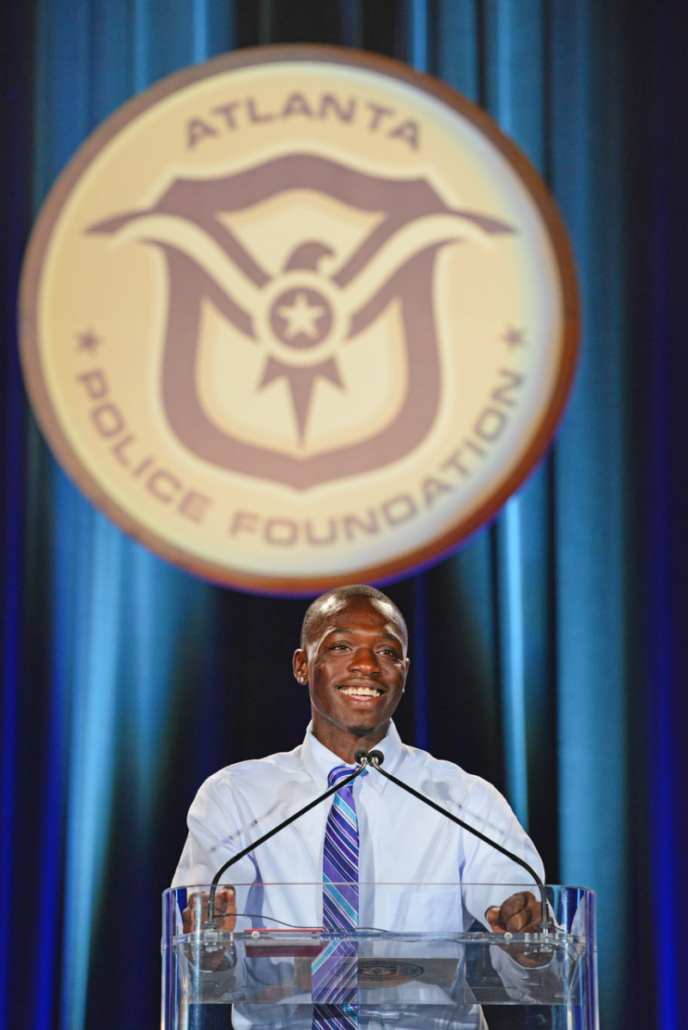 When Jarvaris Middlebrooks first started going to the @Promise Youth Center, he never smiled (Photo by Michael Pugh for the Coca-Cola Co.)