One of Atlanta’s top public relations professional — Claudia Patton — is on her way up. 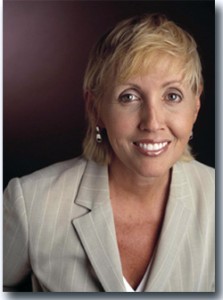 Before her promotion, Patton has been president and general manager of Edelman Atlanta. She has been in the public relations industry since 1982 when she started the Headline Group firm.

Edelman acquired the Headline Group in 2002. In 2007, Edelman expanded into the Orlando market.

“Claudia and the Atlanta team have delivered quality work for clients that has been recognized at the local and national level,” Matt Harrington, U.S. president and CEO of Edelman, said in a statement. “This doesn’t just happen; it is a by-product of strong vision, commitment and leadership.”

In her new role, Patton will continue to expand the firm’s reach in the Southeast. She also will share her leadership and managerial skills with other Edelman offices around the country, Harrington continued.

Edelman has about 70 employees in the Southeast and is considered one of the larget public relations firms in the region.

Internationally, the firm has more than 3,200 employees in 51 offices around the world. Edelman describes itself as the “world’s leading independent public relations firm.”

The global CEO is Richard Edelman.