Column: Atlanta’s most powerful board names a new trustee

By Maria Saporta
As published in the Atlanta Business Chronicle on November 6, 2015.

The prestigious Robert W. Woodruff Foundation has named Thomas J. Lawley as its newest trustee, filling the void created with the passing of longtime board member Jimmy Sibley in September.

The Woodruff Foundation, the largest in the Southeast, had assets of more than $3.15 billion at the end of 2014. It gave away 43 grants worth a total of $121.5 million last year. 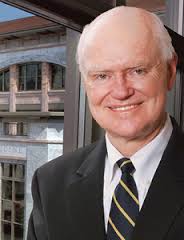 Lawley, 68, is the former dean of Emory University’s School of Medicine, stepping down in 2012 after 16 years in that role. Lawley also has chaired the board of the Association of American Medical Colleges and its Council of Deans. He has served on the National Institutes of Health’s study sections and the National Institute of Allergy and Infectious Diseases Advisory Council.

Lawley also serves on the board of Rollins Inc. along with retired SunTrust CEO Jimmy Williams, the chairman of the Woodruff Foundation.

“Tom is going to be a good addition,” Williams said in a telephone interview Nov. 4. “We do a lot in medicine, and he’s got a wonderful background in the medical field. I knew him well at Emory and through Rollins. It just seemed like the right choice.”

In addition to Williams and Lawley, the other trustees are:

* E. Jenner Wood III, vice chairman of the Woodruff Foundation, who currently is corporate executive vice president of SunTrust Bank. His civic responsibilities include the Jesse Parker Williams Foundation, Sartain Lanier Foundation, Pitts Foundation, Camp Younts Foundation, and SunTrust Foundation Inc. He also serves as a director of the Southern Co. and Oxford Industries, and he is a former director of Crawford & Co. Wood is a member of the executive committee of the Metro Atlanta Chamber, and has been a trustee of Agnes Scott College, Episcopal High School, Atlanta Speech School, Trinity School, Visiting Nurse Health System and Piedmont Healthcare System.

* Lawrence L. Gellerstedt III, who is president and CEO of Cousins Properties. He serves as chairman of the Jesse Parker Williams Foundation and the Metro Atlanta Chamber, and he is a director of the Atlanta Committee for Progress and the Georgia Research Alliance. Gellerstedt has also served as chair of Children’s Healthcare of Atlanta, the Commerce Club, Fernbank Museum, the Metro Atlanta YMCA, Midtown Alliance and the Woodruff Arts Center.

* Wilton D. Looney, who served as chairman and CEO of Genuine Parts Co. from 1961 to 1990, guiding the company’s growth from $34 million to more than $3.4 billion in sales. Looney has served on numerous corporate boards, including Rollins Inc., RPC Inc. and Marine Products Corp. He has also served on several civic boards, including the Lovett School and United Way of Metropolitan Atlanta.

When asked when the Woodruff Foundation would add a woman to its board of trustees, Williams deflected the question by saying: “We love women.”

The YWCA of Greater Atlanta Inc. has named Sharmen Gowens, a corporate and community leader in Atlanta for many years, as its new CEO starting Nov. 23. 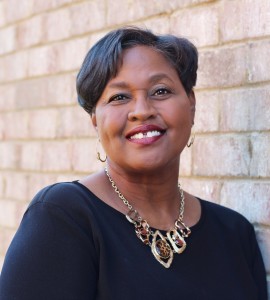 As CEO, Gowens will oversee all YWCA programs, and lead the staff and volunteers. She will also have primary responsibility for raising the visibility of the YWCA in the community and increasing donor support.

Gowens served as interim CEO from August 2012 to July 2013 and has served on the YWCA of Greater Atlanta board for five years.

“It is both an honor and humbling to have been called to serve the women and girls of this community through the programs of the YWCA a second time,” Gowens said in a statement. “I firmly believe that when a woman’s life is improved, the entire community is stronger. With the help of like-minded supporters, we will continue our bold mission of ‘Eliminating Racism and Empowering Women.’”

Gowens brings more than 35 years of experience in marketing, sales, management and training to the role. In the interest of full disclosure, she most recently served as business development manager for SaportaReport, an online publication that reaches the Atlanta business, civic and government communities. Prior to this, she held community relations positions with Liquid Soul Media and the Atlanta Journal-Constitution.

“I am truly delighted that Sharmen has accepted this role,” said Erica Qualls-Battey, YWCA’s chair and general manager of the Atlanta Marriott Marquis. “Throughout her career, she has demonstrated strong leadership and management skills, spearheaded improvements in program performance, and championed innovative approaches to meet client needs. She has proven to possess an inspirational and unwavering commitment to YWCA’s core values and mission. With her background and long-term relationship with the organization, she is the perfect executive to lead the agency into its next phase of significant and high-level community impact.”

The YWCA of Greater Atlanta was founded by and for women in 1902. It has an annual operating budget of $3 million and is an affiliate of the YWCA USA.

Clark Dean, senior managing director and a partner at the Transwestern real estate company, has been named the president nominee for the Rotary Club of Atlanta

The proposed officers who will be in place for July 2016 to July 2017 include John O’Neill, a senior managing director for Cushman & Wakefield, as secretary; Georgia Public Broadcasting’s Teya Ryan as vice president of community/vocational service; Sunny Park, a longtime Korean business leader, as vice president of international; and developer Katharine Kelley as the sergeant-at-arms.

Retired Genuine Parts CEO Wilton Looney had been a longtime donor to the Rotary International’s “End Polio” initiative. His wife Martha is a polio survivor who still suffers from its after-effects. 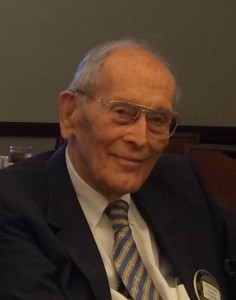 “Today our club has exceeded your match,” member Blake McBurney told Looney at the Rotary meeting on Nov. 2. “We have matched and accepted your challenge.”

“It’s easier to round it up,” Looney told Robert Hall, a Rotarian who has been instrumental in the “End Polio” effort.

Thanks Mom and Dad Fund

The annual Thanks a Million gala will be Nov. 12 at the Sheraton Atlanta with Laura Turner Seydel honoring the inspiration that her father, media mogul Ted Turner, has been in her life.

The proceeds of the gala will benefit the Thanks Mom & Dad Fund, which supports programs and services for the elderly.

The charity was created to honor parents, grandparents and mentors by supporting programs and services for the aging population.

Previous Article
Sources: GE is not moving its corporate headquarters to Atlanta
Next Article
Gates, grates, screens and fences by Kelly Jordan