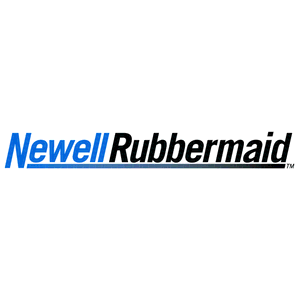 Michael Polk has been president and CEO of Newell Rubbermaid Inc. only since July, but already he is putting his mark on the Atlanta-based company.

Newell Rubbermaid invited up to 250 of its top executives from around the world for its annual convention to Atlanta during the week of Feb. 13 to Feb. 16. But instead of going to a golf resort, Polk decided to spend their first “team-building” day volunteering at the Carrie Steele-Pitts Home for abused and abandoned children.

“It’s a much better use of money than a golf outing and our people end up connecting in a different setting,” Polk said while taking a break from building storage shelves in a utility closet.

“We are putting our brands in places where people can see how they can contribute to their lives,” Polk said. “Our purpose is to help people flourish every day. There’s no way I wanted to spend our money without leaving something behind.”

The company contributed about $50,000 of its various products — Calphalon cookware, Levelor blinds, Rubbermaid containers, shelving units and tools as well as a day’s worth of volunteer work to improve the Carrie Steele-Pitts home — an institution for nearly 125 years.

That was the point, according to Jackie Parker, president of the Newell Rubbermaid Foundation. “In every single area, we could leverage some of our brands,” Parker said. “It was a perfect match.”

Polk is also putting his own stamp on the company — and his eyes are focused on the emerging markets around the world.

But the company’s growth in the United States, Canada, Europe and Japan was only 1.5 percent while growth in the developing world was 13 percent.

The momentum in the developing world is “unstoppable,” thanks to the “huge shift from rural living to urban living” and thanks to the growing middle class in those corners of the world.

“It’s a huge opportunity for us,” Polk said. “We just need to deploy our resources in a smart way.”

Meanwhile, Polk, who had been a Newell Rubbermaid director when he was selected to be its CEO, is traveling to the company’s businesses across the world.

He has bought a place in Buckhead and commutes to Atlanta during the week. But his home remains in New Jersey — he has seven children, including some that are in high school, and he didn’t want to disrupt their lives.

Polk, however, was enthusiastic with Atlanta being the headquarters. The company relocated its base to the Perimeter area in 2003. Since then, several of the company’s brands also have relocated to Atlanta.

“It’s a lovely place to be,” Polk said. “We have made a big commitment to Atlanta. It’s a perfect hub for us. I would never spend a nickel moving it again.”

Delta Air Lines is making another commitment to the National Center for Civil and Human Rights.

Scarlet Pressley Brown, currently Delta’s director of community and external affairs, will begin working at the center March 1 as a loaned executive. She will be the center’s vice president of marketing.

Scarlet has been a part of the Delta family for 12 years,” said Tim Mapes, Delta’s senior vice president of marketing. “We are very proud of the contributions she has made on behalf of Delta, particularly in our hometown of Atlanta and look forward to watching the impact she will have at the National Center for Civil and Human Rights.”

Doug Shipman, CEO of the Center, said the timing of Brown joining the team couldn’t be better with groundbreaking scheduled for June.

“We have worked with Scarlet on many initiatives over the years, and we are thrilled to have a leader of her caliber joining our team,” Shipman said. Delta also has pledged $1 million to support the center.

Herman Russell to be honored

From Feb. 24 to Feb. 25, 100 Black Men of Atlanta will hold its Annual Members Leadership Summit at the Allen Entrepreneurial Institute and Conference Center in Lithonia.

Among the honorary co-chairs of the summit are: Andrew Young, David Satcher, Hank Aaron and Felker Ward. The dinner speaker on Feb. 25 will be U.S. Attorney General Eric Holder.

A stellar list of leaders will participate during the two-day summit, including Atlanta Mayor Kasim Reed, Otis Brawley, U.S. Congressmen John Lewis and David Scott, as well as a dozen other university and business leaders. The summit is being co-chaired by Willie Clemons.

Sally Bethea, co-founder and executive director of the Upper Chattahoochee Riverkeepers, has been named one of the “Heroes of the New South” by Southern Living magazine.

Bethea, who helped found the organization in 1994, won in the “Eco-Preservation” category.

In a statement, Bethea said: “I am very honored by this recognition and pleased to accept it as one of the 200 water keepers around the world who are working daily for clean, healthy waterways in their communities.”