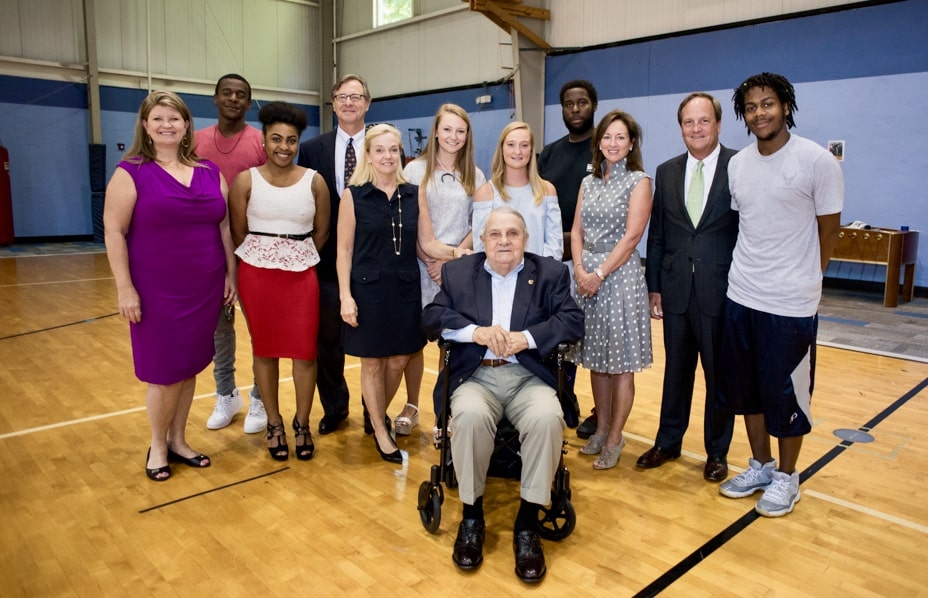 By Maria Saporta
As published in the Atlanta Business Chronicle on May 12, 2017

The Loudermilk family turned out May 3 for the naming ceremony of the Loudermilk Family Gymnasium at the Covenant House Georgia.

But Charlie Loudermilk Sr. showed up with a special surprise – one that even caught some members of his family by surprise. 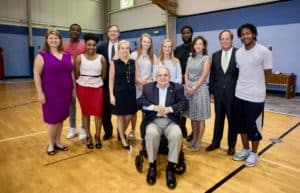 The senior Loudermilk already had donated $250,000 towards building the 8,536-square-foot gymnasium. But he didn’t stop there.

During his remarks, Loudermilk, who founded Atlanta-based Aaron Rents Inc., announced he was donating an additional $500,000 to the Covenant House. He told the homeless teens attending the naming ceremony that he had come from nothing and worked hard to make something of himself – and they could as well.

“Charlie Loudermilk and the Loudermilk Family have been instrumental to our ability to serve Atlanta’s homeless youth,” said Allison Ashe, executive director of Covenant House Georgia, in a statement,

“Their generous support of Covenant House has not only allowed us to expand our overall capacity to serve more than 1,000 homeless teens per year, the Loudermilk Gymnasium affords us the ability to provide a much needed recreational therapy program,” Ashe continued. “Recreational therapy is a highly effective intervention for youth who have experienced the trauma of street life and sexual exploitation.”

Civic leader Phil Jacobs has been elected as the new board chair of the Woodruff Arts Center, succeeding Doug Hertz, who will continue as immediate past chair. 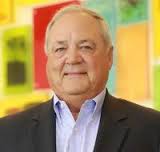 Jacobs, a retired BellSouth/AT&T executive who is now a senior consultant with the Coxe Curry fundraising firm, has been involved in numerous civic initiatives, including the CDC Foundation, the Georgia Aquarium, the Georgia Chamber of Commerce, the Georgia Historical Society, the East Lake Foundation, the Emory Global Health Institute, the Atlanta Neighborhood Development Partnership, Teach for America-Atlanta, the United Way of Greater Atlanta as well as the Woodruff Arts Center and the High Museum of Art.

“We are fortunate that these distinguished leaders will be joining our board and contributing their time and resources to support the Woodruff Arts Center,” Jacobs said. “The Arts Center is a critical asset for our city and a central part of a vibrant arts community in Atlanta.  All of us on the Board look forward to building on that success in the years ahead.”

Lynda Bradbury Courts and Solon Patterson were elected Life Trustees, a designation given to extraordinary Board members as recognition for their outstanding dedication and service to the organization.

“Lynda and Solon have been a critical part of the success of the Arts Center over many years,” Hertz said. “We will always be grateful to them for all they have done to support the Arts Center and the arts in general.”

Previous Article
With roots in the past, new CEO of Cox Enterprises faces future
Next Article
Atlanta leaders see what drives Motor City during 2017 LINK trip