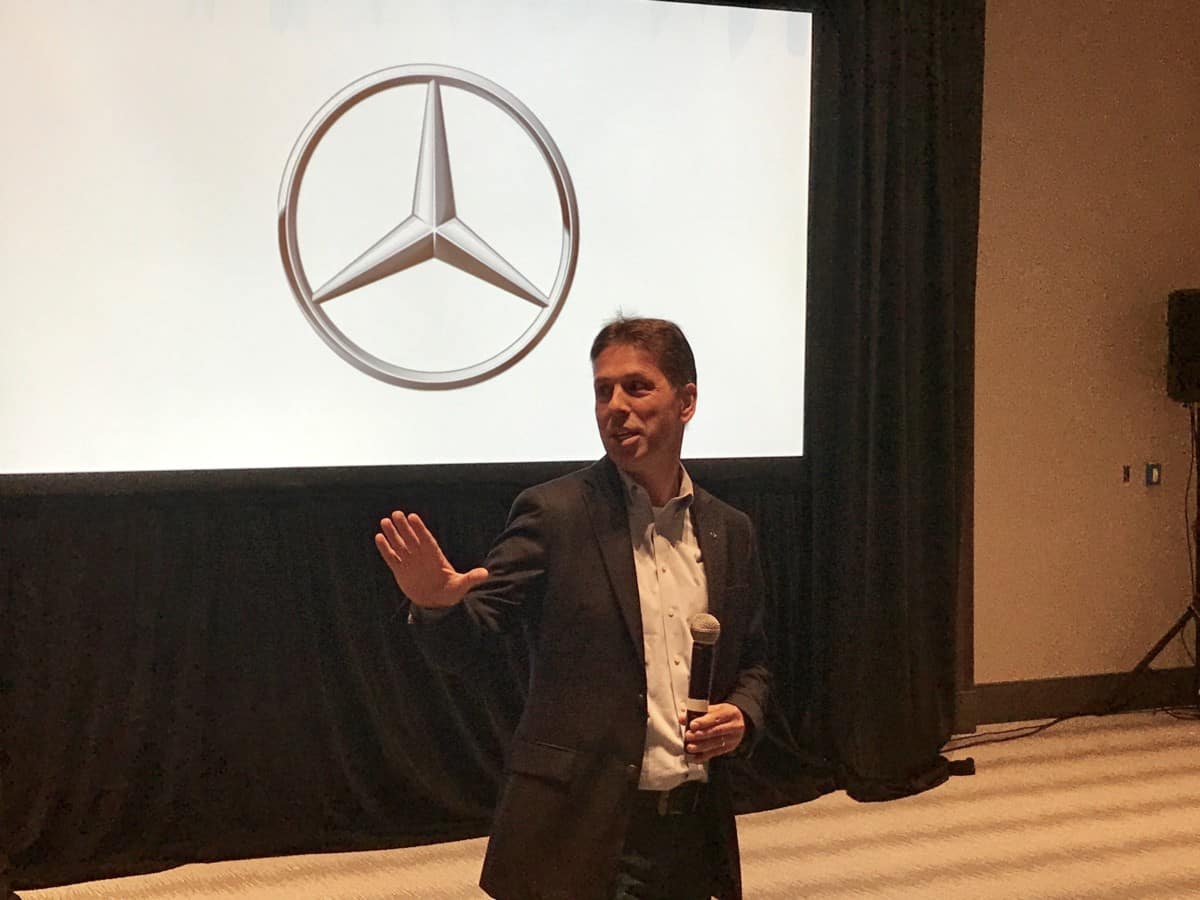 Dietmar Exler, CEO of Mercedes-Benz USA, speaks to special honorees who have been working on social and civic causes on the Westside (Photo by Maria Saporta)

By Maria Saporta
As published in the Atlanta Business Chronicle on July 14, 2017

Mercedes-Benz USA moved its headquarters to metro Atlanta exactly two years ago (in July, 2015), and the luxury car company has been going non-stop ever since.

“It feels like we’ve been here forever,” said Dietmar Exler, president and CEO of Mercedes-Benz USA and the regional head of North America, which includes Canada and Mexico. 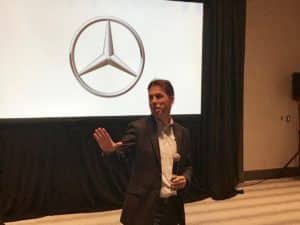 Dietmar Exler, CEO of Mercedes-Benz USA, speaks to special honorees who have been working on social and civic causes on the Westside (Photo by Maria Saporta)

In those two years, Mercedes-Benz got the naming rights for the new stadium for the Atlanta Falcons and Atlanta United, and it has been building its presence in the community.

Exler was named CEO in January 2016 following the move of his predecessor — Steve Cannon — who was named CEO of the AMB Group, which includes the private investments of Atlanta Falcons owner Arthur Blank.

“We are pretty happy with the success we’ve had in the market,” Exler said about the business. “Last year, we were No. 1 among luxury brands. And we are No. 1 in 2017 so far.”

Exler also gushed about his preview visits to the Mercedes-Benz Stadium in the last couple of months, when he saw them test the all-around video screen in the venue.

“It takes it to a whole new level,” Exler said. “The stadium is awesome. It will give the fans the best experience that’s possible. It’s going to be an absolutely fantastic venue for sports events — football and soccer — as well as concerts and entertainment.”

Mercedes-Benz also has put a stake in the community. It is the primary national sponsor for the Laureus Foundation, which is making the Westside of Atlanta one of its centerpiece communities. 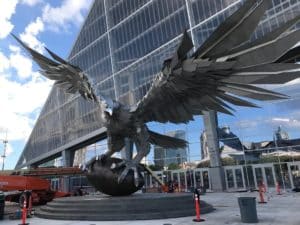 During the five-year period between 2016 and 2020, the company will invest $10 million in the Atlanta community with about half being dedicated to Atlanta’s Westside.

The automobile company has adopted a slogan to go with its Westside efforts: “Greatness Lives Here.” And it launched that initiative on July 12 with a special event at the stadium, where it recognized unsung heroes in the community.

A total of nine people were recognized with videos, and most of them were in attendance.

“We want to recognize the people on the Westside who have done an amazing job,” Exler said. “We will also find ways to support them going forward. Help them continue to be successful.”

The people who were recognized by the company were:

Exler also said the company is contributing to the Westside Future Fund, an effort to lift up the communities west of the stadium.

“It will take a lot of coordinated efforts by the whole Atlanta community to make a lasting difference on the Westside,” Exler said. “We all need to come together to create a sustainable future for the people who live on the Westside.

The Laureus Foundation USA also has been ramping up its commitment on the Westside.

Benita Fitzgerald Mosely, CEO of the New York-based foundation, said the organization will be investing a total of $3 million over the next three years on youth sports in the Vine City, English Avenue and Washington Park communities.

Starting a year ago, Laureus partnered with Families First on an assessment of what sports programs existed in the target area and figure out how their grants would have the biggest impact.

On July 17 at Washington Park, Laureus will be announcing the 14 organizations that will be receiving Sports for Good grants over the next three years. A total of 30 organizations applied for the Laureus grants. 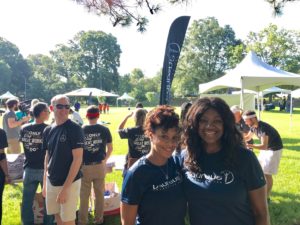 The organizations receiving three-year grants are: the Field of Dreams Academy; Girls on the Run Atlanta; Kids Gym USA; L.E.A.D; Soccer in the Streets and First Tee of Atlanta.

The National Recreation Foundation is joining with Laureus on the grants.

Mosely said that a survey of the communities showed that only 15 percent of the respondents felt there were enough sports offerings in Atlanta’s Westside.

Of those surveyed, 79 percent said it was important for youth to have access to sports and physical activity. Affordability was cited as the greatest barrier to participation with 73 percent saying the costs limited their ability to participate in youth sports.

“We are excited about launching here in Atlanta,” Mosely said adding Atlanta will represent the city with the greatest and most comprehensive Laureus commitment. “It represents the largest investment to date in any city across the United States,” Mosely said.

Atlanta has two advantages. The top benefactor to Laureus by far is Mercedes-Benz. Also, the chairman of Laureus USA is Edwin Moses, an Olympic medalist who calls Atlanta home. Laureus has hired Julia Lankford to be its Atlanta program officer, and Pharlone Toussaint to be the Atlanta programs coordinator.

Mosely, who also is an Olympic medalist, compared working with Laureus to her former employer, the U.S. Olympic Committee.

“The Olympics work was certainly fulfilling,” she said. “This is a whole different ballgame. This is about children’s lives and their future. It’s much more fulfilling from that perspective.”

The recently retired president of the Federal Reserve Bank of Atlanta, Dennis Lockhart, already has been snapped up by a couple of leading universities.

Lockhart will become a senior fellow at Harvard University’s John F. Kennedy’s School of Government where he will focus on the issue of improving our nation’s infrastructure. He will be affiliated with the Mosavar-Rahmani Center for Business and Government.

“It’s infrastructure that historically has been public but increasingly could become a private sector model,” Lockhart said after the Atlanta Rotary meeting on July 10.  He will focus on why the public-private partnership model has not yet been successful on a national basis.

Lockhart also said that Joe Bankoff, chair of Georgia Tech’s Sam Nunn School of International Affairs, has also asked him to be involved with the school and its offerings.