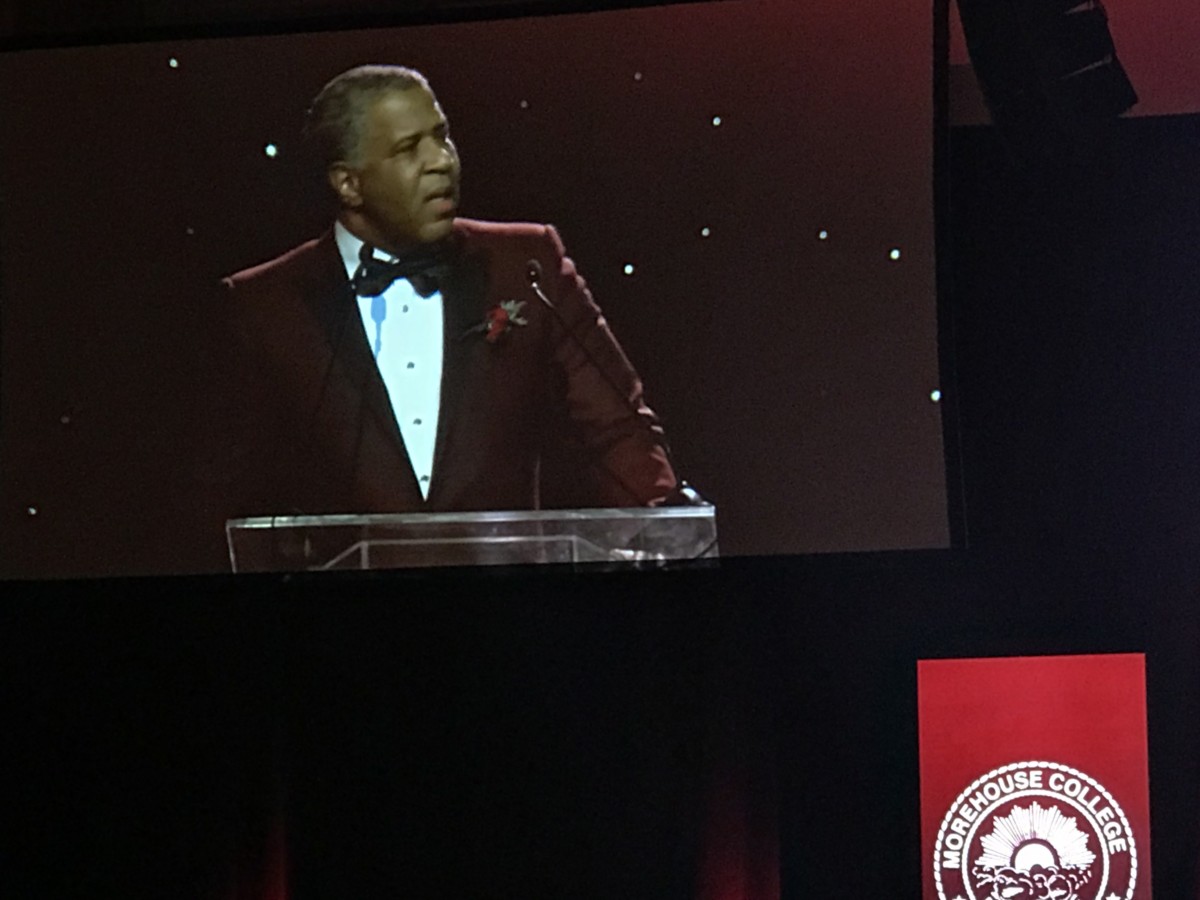 By Maria Saporta
As published in the Atlanta Business Chronicle on Feb. 23, 2018

For the new Morehouse College President David Thomas, his first “A Candle in the Dark” gala held on Feb. 17 at the Hyatt Regency Atlanta was a special night event.

The 30th annual fundraising event, which celebrated the 151st anniversary of the founding of Morehouse College, raised $3.4 million for student scholarships.

That included two $1 million gifts announced during the evening.

The Aaron’s Foundation was the first to announce a $1 million donation. “We are humbled by the legacy of leadership, character and academic leadership and we are glad to be here,” said Robbie Kamerschen of the Aaron’s Foundation. “We are glad to be here. This is about Morehouse. We’re thrilled. If we can pay for one, two or three Morehouse Men who might not have been able to make it through and put them in this room, it will be an investment that’s worth every single dollar.” 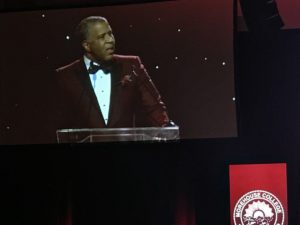 Later in the program, Robert F. Smith, a philanthropist as well as founder and CEO of Vista Equity Partners(and one of the wealthiest African-Americans in the country), also announced he was making a $1 million donation to Morehouse.

Smith, a colleague of Morehouse College Board Chair Willie Woods, challenged the Morehouse Men in the room to continue to lift up the world.

The sold-out event with more than 1,500 attendees also raised about $1.4 million through ticket sales and sponsorships.

The dinner also included a bidding war between two of the sponsors — the Chick-fil-A Foundation and MicrosoftInnovation and Policy Center.

Then Rodney Bullard, executive director of the Chick-fil-A Foundation, increased his gift by $15,000 for a total of $165,000. “Of course, I’ll match that,” said Humphries.

Since its founding in 1989, the chairs of Georgia Bio have all been men — until now. 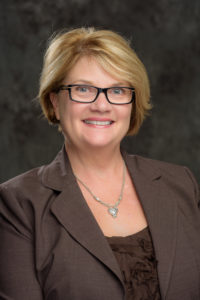 Fritz, who will serve a two-year term, said one of her priorities will be to increase the diversity among the members of Georgia Bio, which fosters the growth of the life sciences industry in the state.

Fritz said the Atlanta community has a “rich ecosystem” of both private industry, the nonprofit sector and universities in the area of life sciences.

“We have all the right ingredients to really put together something that’s really exciting,” Fritz said. Her company, UCB, is such an example. The global pharmaceutical company came to the Atlanta area in mid-1995 with 40 employees in one building. Today, it has more than 400 employees in five buildings.

“Georgia Bio provides a critical intersection,” said Fritz, who highlighted Atlanta’s role as a center for global health. “There are aligned interests in the for-profit and nonprofit worlds.”