Published in the Atlanta Business Chronicle on Friday, April 5, 2013

It’s been quite a week for Cati Diamond Stone. She moved from Minneapolis to Atlanta on Saturday, March 30. Two days later she started her new job as executive director of the Susan G. Komen for the Cure Greater Atlanta Affiliate on April 1.

And then she spent her first week on the job giving away $1.9 million in grants to 19 organizations supporting breast health programs.

“This job is the culmination of everything I’ve worked toward in my life,” Stone said. “It was too good to pass up.”

Stone, a native of Alabama, spent most of her career as a litigation attorney, first working in small firms, including a stint in Atlanta before joining the legal teams of large multinational corporations to handle litigation, claims and disputes.

Then, three years ago, when her daughter was only 14 months old, she was diagnosed with stage 3 breast cancer. Her life would never be the same again.

“The cancer I had was a very aggressive form of cancer,” said Stone, who underwent chemotherapy, radiation, a mastectomy, seven surgeries and breast reconstruction. 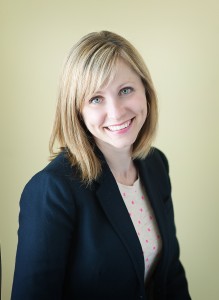 She began to volunteer her time to cancer-related organizations, eventually leaving the private sector in 2012 to head development for Cancer Legal Line, an organization that provides legal services at no cost for those who are battling cancer.

She also became an active supporter of Susan G. Komen after she found out that a key drug used in her treatment — Herceptin — had been developed through the organization’s research funding.

“Not so long ago, the cancer I had was a death sentence,” said Stone, who had began searching for jobs with Komen throughout the country.

But her cancer experience also reinforced how important it was for her to be closer to her family in Alabama. So when the Komen Atlanta job became available, it was a perfect fit.

Meanwhile, Komen organizations around the country experienced a decrease in fundraising last year after a controversy that it would not provide funding to Planned Parenthood organizations for breast cancer screenings. Komen then reversed that decision, but only after damaging its reputation.

In Atlanta, last year’s walk collected $1.3 million rather than the previous year’s $1.7 million. As a result, Komen Atlanta gave away $1.9 million in grants this year compared with $2.2 million last year.

Stone said the goal is that this year’s walk on May 11 will attract 15,000 people and raise $1.5 million. “Komen Atlanta is an amazing organization already,” Stone said of her plans. “I’d like to see a continuation of that amazing success.”

The Walmart Foundation has provided a $50,000 grant to TurningPoint Women’s Healthcare, a nonprofit breast cancer rehabilitation organization, for its financial assistance program and educational events. The grants will be geared to provide services to under-insured and uninsured women with breast cancer.

“We’re both thrilled and honored to receive the support of the Walmart Foundation,” said Jill Binkley, founder and executive director of TurningPoint, which is located in Johns Creek. “This grant will provide a substantial boost for our financial assistance program and the many educational events we host.”

The results are in. After tallying 80,000-plus online votes Milner Inc. awarded its Technology JumpStart Your Nonprofit makeovers to Atlanta Pet Rescue and Adoption in Smyrna and to Wellspring Living in Tyrone. Each winner will receive an office technology makeover to improve the nonprofit’s efficiency. The combined value of the award is $35,000. More than 100 nonprofits entered the competition.

Senior Connections will hold its fifth annual “Senior Prom” on May 17 at the Thalia N. Carlos Hellenic Center on Clairmont Road.

It will be honoring Arnie and Janet Silverman as the recipients of its 2013 “Community Connections” award.

The agency will also be celebrating its 40th anniversary at the event. Senior connections is a home- and community-based service organization that provides programs designed to help seniors “age in place” in the comfort of their own homes.

The “Community Connections” award was established in 2008 to recognize older adults who have been, and continue to be, outstanding community and business leaders.