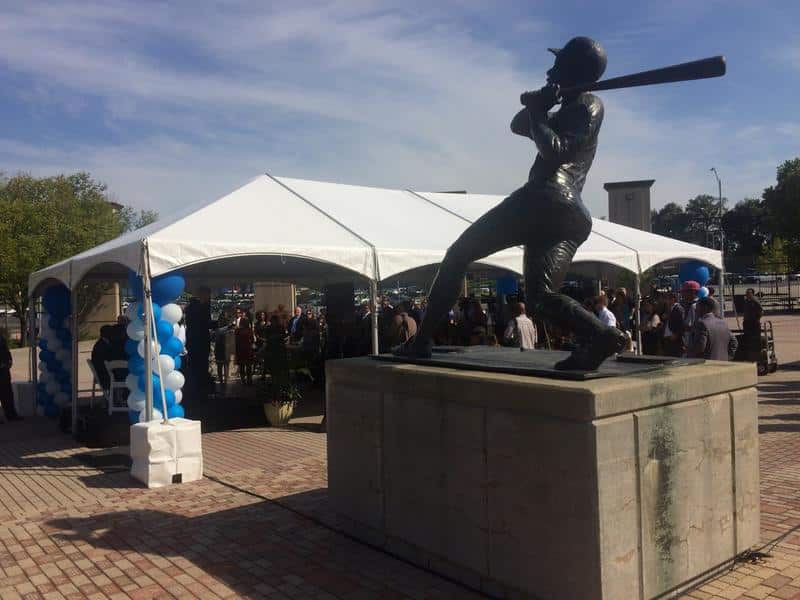 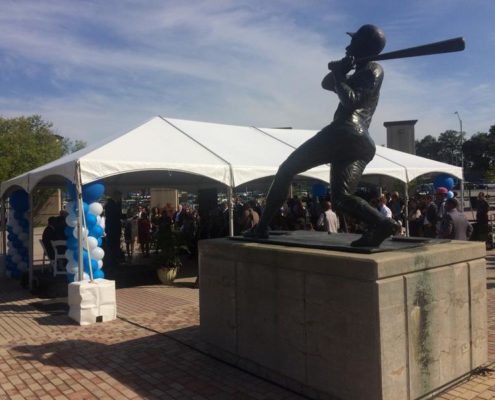 When the Atlanta-Fulton County Recreation Authority announced a deal to sell the 67-acre Turner Field property, it chose to make the announcement next to the statue of Hank Aaron hitting his 715th home run.

Although the Atlanta Braves will be moving to Cobb County after this season, the Hank Aaron statue will remain in the city.

The city of Atlanta may have lost the Braves to Cobb County, but it won the tug-of-war to keep the iconic Hank Aaron statue within the city.

It was Aaron who knocked down walls of racial prejudice when his bat hit the 715th ball out of the park at the now-demolished Atlanta-Fulton County Stadium.

Throughout his life, Aaron has taught us all how to face adversity with grace and diplomacy – without compromising his principles.

When the question of who owned the Hank Aaron statue arose, the Homerun King tried to stay out of the fray. He is loyal to the Braves, and he is loyal to Atlanta.

Eventually, the right outcome was reached. The Atlanta Braves commissioned noted artist Ross Rossin to build a second statue of Hank Aaron – one that will be prominently displayed at the new SunTrust Park in Cobb.

The legacy of Hank Aaron is so important to both the Braves and Atlanta that he should be properly honored in both places.

Now the Recreation Authority must select the permanent home for the historic statue.

One option would be to incorporate the statue as part of the Turner Field redevelopment.

Another option would be to move it near the Center for Civil and Human Rights, giving people an opportunity to learn about Aaron’s special role in Atlanta’s history.

No matter where they choose, we have won because we can honor Hank Aaron’s Atlanta legacy.