Commentary: Reopening of the Children’s Museum of Atlanta

The Children’s Museum of Atlanta reopened Dec. 12 after being closed for several months to undergo an extensive renovation and expansion. 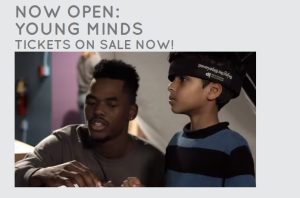 The Children’s Museum in downtown Atlanta recently reopened after closing for extensive renovations.

When the Children’s Museum opened in 2003 across from Centennial Olympic Park, it was the only attraction in that area of downtown Atlanta.

Soon it was joined by the Georgia Aquarium, the World of Coke, the Center for Civil and Human Rights and the College Football Hall of Fame.

But after a decade in business, the leaders of the Children’s Museum felt their attraction needed to be refreshed. So they took a fresh look. Were they in the right location? Were they serving the right ages: children ages 8 and under?  Did they have the right exhibits? Were they big enough?

The answer to most of those questions: “yes.” But they also recognized they needed to expand and offer more opportunities to learn Science, Technology, Engineering, Arts and Math through play. So they raised more than $8 million to add a mezzanine level.

The Children’s Museum has just reopened. The centerpiece is called the “Gateway to the World.” It is a blue globe where children can climb up inside and actually spin the Earth.

A farm-to-table exhibit shows how food is grown, harvested, shipped and delivered to a Waffle House-type diner.

There’s a sand table where children can create different landscapes and, through special effects, see how that impacts the environment.

Children’s Museum CEO Jane Turner says it is all about innovation and giving children opportunities to solve problems. Studies have shown that play sparks a child’s creativity.

The Museum also reinforces downtown Atlanta’s role as a place for people of all ages to come visit and enjoy. Now the area around Centennial Olympic Park has a variety of attractions bringing new life to the heart of the city.