Fostering community partnerships with police officers is a major thrust of initiatives to be launched in the fairly new City of South Fulton, aided by the work of Georgia Tech researchers who have suggested a way to enable police officers to have more time to interact with the general public. 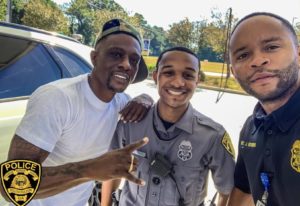 Community involvement with public safety is a central plank of the law enforcement platform to be established in South Fulton, according to comments by Police Chief Keith Meadows in an annual report released Thursday:

For starters, the city that was established in May 2017 is still in the early phases of building a police department to serve an area formerly served by Fulton County’s police department.
The city hired 63 officers in 2019. An additional 28 are to be hired in coming months, followed by the hiring of an additional 35 police officers by the end of 2020, according to a statement from the city.

As could be expected, the city anticipates that having more officers on the street will reduce the time each officer spends responding to calls. That will increase the amount of time available \to each officer to interact with the public, according to the statement.

“Our officers work 12-hour shifts,” Meadows said. “They basically are batting back and forth between 911 calls. We want to reduce that to about a third of a shift. That will allow us enough time to concentrate on proactive patrols.”

In addition, the research provided by Georgia Tech is to deploy police officers in a manner designed to spread the workload. This is the first reconfiguration of police zones in nearly 40 years, according to a statement.

Tech’s research divided the city into cells, and the cells revealed hot spots for crime that can be distributed among various zones, or beats, in such as way that no particular zone is catching the majority of calls.

These cells inform the formation of police beats as the department hires additional officers. The region has had seven beats for decades. That number is to grow to 10 beats by April and to 15 beats by the end of the year. Tech’s research showed a way to establish a total of 18 police beats. 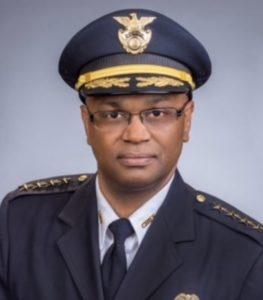 Tech’s research was overseen by Yao Xie, an associate professor with Georgia Tech’s School of Industrial and Systems Engineering. Atlanta used the same model in reconfiguring police zones last year, according to the statement.

Xie’s team reviewed each cell for response time to calls for help, the location of those calls, Census demographics and traffic data. The resulting spread sheets informed the creation of new police zones, Xie said in a statement.

“We analyzed the workload of each cell,” Xie said. “That gave us a precise distribution for the workload throughout the city.”

In his comments in the police department’s annual report, the model that Meadows referenced is the final recommendation of President Obama’s Task Force on 21st Century Policing, released in May 2015. The report calls specifically for far-reaching engagement with the community, such as this recommendation:

The report reflects a perspective from metro Atlanta. The 11-member task force included Cedric Alexander, DeKalb County’s former deputy chief operating officer for public safety. Alexander retired in 2017 after a career in which he advocated for better relations among police officers and the public.

Meadows was named South Fulton’s police chief after retiring from nearly 30 years with the Atlanta Police Department. In his final position, he oversaw investigations into homicides, robberies, major thefts and fugitives as commander of the Major Crimes Section.