Deron Davis stepping down as executive director of Nature Conservancy-Georgia

The Nature Conservancy in Georgia is undergoing a transition in leadership.

Davis, however, is not going far. He has accepted the position of conservation project director for the Nature Conservancy’s North American region and will start his new role on Sept. 19.

“I will be working across a number of chapters in the organization to increase our collaboration with a large private landowner,” Davis said in a interview Tuesday afternoon. More information about the new collaboration will become public in the next six months or so. 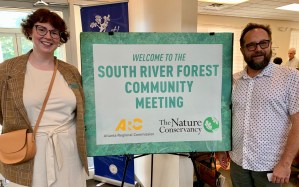 Meanwhile, Mark Williams, commissioner of the Georgia Department of Natural Resources, complemented Davis for all the work he’s done in the state.

“In the more than 12 years we have worked together, Deron Davis has been a true champion for Georgia’s environment,” Williams said in a statement. “He has made our state greener, our communities more resilient and our future brighter. Davis leaves behind a legacy of conservation that we would do well to continue.”

Davis has led a team of scientists, land acquisition and management specialists, community conservationists, policy strategists as well as nonprofit development, finance and marketing leaders. Under his leadership, the Conservancy has collaborated with philanthropists, supporters and partners statewide to deliver tangible lasting results for Georgia.

Impactful initiatives during his tenure include:

The Nature Conservancy-Georgia also was instrumental in establishing a dedicated fund for Georgia that supports parks and trails and protects and acquires lands critical to wildlife, clean water and outdoor recreation across the state.

Davis said the Nature Conservancy is in a good place for the leadership transition. 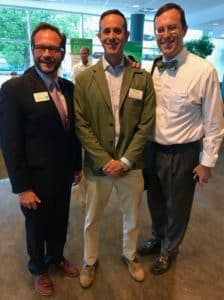 But Davis said the work is far from finished.

And as any good nonprofit leader is prone to do, Davis continued with a call to action. “In order for those federal funds to touch ground in the most important places in Georgia, the Nature Conservancy must bring private donations as a match to access those federal dollars.”

A national search for Davis’ successor is underway, and people interested in the position can apply here. The deadline for applications Sept. 25.