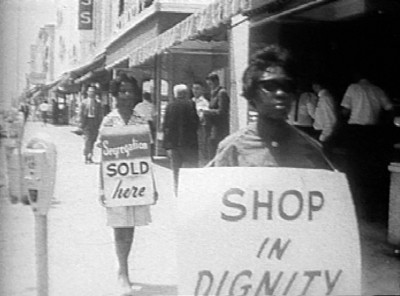 “In order for righteousness to flow down like a mighty river, there must be many streams”

Last week’s column looked at the Albany Movement in 1961, which adopted the unprecedented goal of ridding an entire city of segregation in its public facilities. Throughout all of American history up to this time, nothing on the scale of this peaceful “mass uprising” for human rights had occurred before. 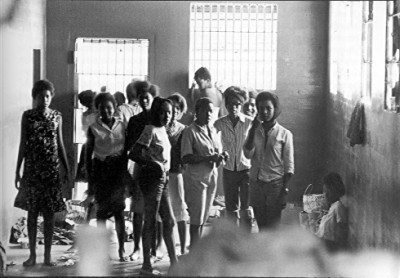 Once the Albany jail was full, police transferred protestors to cells in outlying counties. These young women were held in Leesburg, in Lee County. Credit: Photo by Danny Lyon

After the arrest and jailing over a six-week period of 755 peaceful protestors, including Dr. Martin Luther King Jr., for whom the Albany Movement had become a personal mission, the protest leaders announced just days before the 1961 Christmas holiday that the city had agreed to begin formal talks with Albany Movement leaders — a development that had been one of the movement’s goals.

By early January, however, it became evident that the leaders had been fooled. With nothing on paper, the mayor and city hall derided the agreement, disclaiming any responsibility for whatever may have been “agreed to” before Christmas.

In February King returned to Albany to stand trial for his December 16 arrest on the charge of “parading without a permit.” After the trial, the judge postponed judgment until July.

Undeterred, the Student Nonviolent Coordinating Committee, or SNCC, continued its campaign of sit-ins at lunch counters, as well as its protests against segregation at the Trailways and railway terminals and (in spring and summer) at the city’s public pools and the local white-only Carnegie Public Library. They also called for a dismissal of charges against those still jailed.

And the students continued marching, facing arrest and jail time in outlying Baker, Sumter, and Lee counties, where sanitation and treatment were as atrocious as ever (one jail dished out half-raw fatback as part of its evening meal). There was also evidence of abuse. 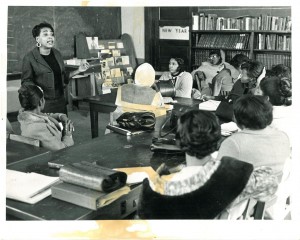 That winter the Atlanta-based Southern Christian Leadership Conference (SCLC) added its support by organizing “citizenship schools” in churches. These helped prepare poor African Americans for the literacy tests required for voter registration. Soon, hundreds of new voters would come onto the rolls.

The Albany Movement’s leaders also decided to broaden their protest to include an economic boycott of the city’s segregated transit system and white-owned stores.

Recognizing that voting was likely to be central in any long-term outcome, SNCC and SCLC expanded citizenship schools to the surrounding counties, especially rural Terrell County, where African Americans comprised almost half the population. (Predictably, churches were bombed and homes shot-gunned.)

By December 1962, a year since the start of the movement, Albany’s policy had allowed the arrest of 1,262 protestors for “disturbing the peace” and “disorderly conduct.” (Albany police chief Laurie Pritchett avoided arresting protestors for violating segregation ordinances, since that might invite federal intrusion.) The combined total of bail set was about $252,000, or in 2014 dollars, almost $2 million. In a community not characterized by wealth, this was a significant amount of money.

Throughout 1962, city hall, the mayor, and the media (radio, television, and the newspaper) held fast to its arch-segregationist line, despite cracks in the white community. The city’s privately owned bus line, losing money because of the boycott, requested permission to integrate their buses. When the city denied that request, the company went into bankruptcy. For the next three years, there was no public bus service in the city.

With a cloud of uncertainty around King’s postponed judgment, the pending charges against marchers, and the relentless resistance of segregationists, in these dark days before the advent of federal civil and voting rights legislation (1964-65), where could hope be found?

Next week: The transformative power of song

Previous Article
Identity Theft and Emails From Nicaragua: Protect Yourself From Web-Based Fraud
Next Article
Leasing at Cousins’ Terminus points to rebound in region’s office market