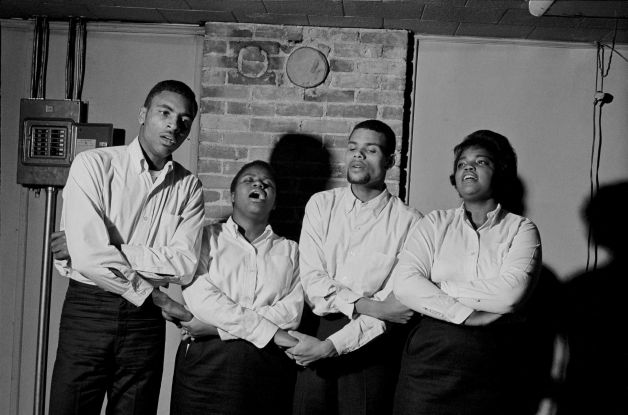 “Over my head I see freedom in the air, / There must be a God somewhere” — Bernice Johnson Reagon, Albany Freedom Singer

In the previous column, we followed the second phase of the Albany Movement as it passed from the victory of an agreement between the marchers and City Hall just before Christmas 1961, to a denial of that agreement by the city and its police in early 1962 in the form of a counterattack — with the intent of crushing the spirit of the Albany Movement. 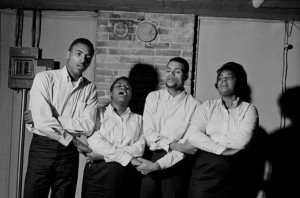 In the face of this harsh reality and before the advent of federal civil rights legislation (1964-65), the movement found its sustenance in song. Student Nonviolent Coordinating Committee, or SNCC, workers Cordell Reagon and Charles Sherrod learned “freedom songs” during the student sit-ins in North Carolina, South Carolina, and Tennessee in 1960.

Their Mississippi Freedom Rider experience in the summer of 1961 added new material to their repertoire. When they got to Albany, Reagon and Sherrod taught freedom songs to high school and college students in the NAACP Youth Council.

As New Georgia Encyclopedia author Edward Hatfield explains, most freedom songs were common hymns or spirituals familiar to the black community. The lyrics were sometimes modified to reflect the political aims of the civil rights movement. For example, the lines in the spiritual “Rockin’ Jerusalem,”

were modified to include the names of the police chief and mayor of Albany:

Bernice Johnson (Reagon), while singing at a student gathering at Union Baptist Church, adjacent to the Albany State College campus, began singing the sacred song “Over My Head,” which contained the line “I see trouble in the air.” She recalled later, “While singing, I knew it would not be a good idea to sing the word trouble, even though I knew we were in trouble, but did not think it would help.” So she improvised, and sang:

There must be a God somewhere.

In successive verses, as everyone joined in, she placed a new word in the cycle, like “glory” and then “justice” — “there must be ‘glory’ somewhere.” 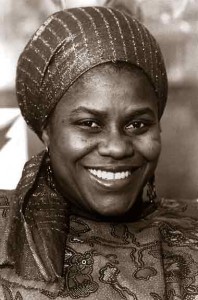 Other songs, modified earlier during the Freedom Rides, included “I Woke Up This Morning with My Mind Stayed on Jesus” (the word Jesus was changed to freedom). “Keep Your Eyes on the Prize” was popular in Albany, too, reworked in Mississippi from what is believed to be an obscure African American spiritual, “Keep Your Hand on the Plow.”

Every mass meeting in Albany closed with “We Shall Overcome,” the unofficial theme song of the movement. Sherrod and Cordell Reagon taught the protestors to hold hands with the right arm crossed over the left.

In fact, music played the essential role in lifting spirits and forging unity in the face of the most trying and discouraging of times. “Talking was important,” remembered one participant, “but it was the singing that had the greatest impact on those attending.”

Freedom songs, for all who lifted a voice (and songs were meant to be sung together), became “a powerful mysterious inner current of motivation and encouragement and solace and confidence. The music was almost like the ground beneath our feet,” recalls SNCC worker Peter de Lissovoy.

The singing was done southwest-Georgia-Baptist-style: a capella. Drawing from gospel, spirituals, hymns, and labor songs, the practice was for a leader to “raise a song,” sometimes calling out (or “lining”) the next verse, and in response the “congregation” joined in.

In this fashion, singing might spontaneously erupt at any time and anywhere — while protesting, canvassing, or in church.

(According to NGE author Lee Formwalt, “Even the jail guards that were booking the hundreds of protestors in December 1961 were singing and humming along with the arrested marchers.” According to the New York Times, an unsympathetic white onlooker who heard their “Freedom Chant” described it as “hair-raising.”)

Bernice Johnson of Albany State College and Rutha Mae Harris of Florida A&M (and an Albany native) emerged as gifted song leaders. By the end of 1962, Cordell Reagon formed the Freedom Singers. Over the next year the foursome (including Charles Neblett) traveled throughout the country, raising money and friends for SNCC in 46 states. (Bernice Johnson and Cordell Reagon soon married; Bernice Johnson Reagon went on to found Sweet Honey in the Rock in the 1970s.)

To say that Albany’s Freedom Singers became the troubadours of the civil rights movement may be an understatement. After attending their performance at Carnegie Hall, the New York Times music critic called them “the ablest performing group to come out of what is perhaps the most spontaneous and widespread singing movement in the world today.” (Pete Seeger, Bob Dylan, Peter, Paul and Mary, and Joan Baez certainly agreed.) Their performance at the 1963 March on Washington was especially memorable. 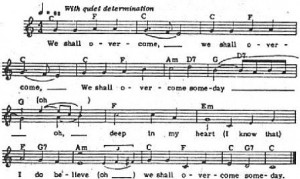 “We Shall Overcome,” the unofficial theme song of the Albany Movement.

By the end of 1962, Albany surely needed the kind of healing balm the Freedom Singers dispensed. At a press conference on August 1, President Kennedy found the Albany situation “inexplicable.” He could not understand how the United States and the Soviet Union could discuss their differences, but in Albany white leaders could still refuse to sit at the table for dialogue.

To this, Mayor Kelley replied that the problem was not the city, but “outside agitators, including Martin Luther King and his coterie of troublemakers who jump about the South like so many fleas on a hot griddle and cause racial rashes where none have heretofore existed.”

As summer ended, Martin Luther King Jr.’s hopes sagged. Having been jailed on three separate occasions with no change in the city’s segregationist policy, King returned to Atlanta, depressed and believing he had failed.

How do we assess the significance of the Albany Movement, then?

For King, the gritty lessons he learned would offer guidance in Birmingham a year later (get it in writing, don’t obey injunctions, and have more focused objectives).

For the city of Albany, however, we need an entirely different calculus: The business of civil and human rights is the work of many hands, some known by name, many not known, and the fruits of their effort can be assessed only in the fullness of time. In Albany and Dougherty County in the 21st century, and in the United States as a whole, that measure of change is evident though also unfinished. Still, this: in southwest Georgia and in Albany, African Americans today occupy leadership positions in elective government and in business, media, and civic organizations.

Looking back on events of 50 years, remembrance has its part to play, too. Albany clearly played a role in the emergence of a congressional and presidential will to legislate change. The Civil Rights and Voting Rights acts of 1964 and 1965 can be viewed as a watershed event not only in U.S. history but in the history of human rights worldwide.

The city today is home to Albany State University, formerly Albany State College, which so many of the movement’s activists attended. The city is also home to the Albany Civil Rights Institute (ACRI), housed in historic Mt. Zion Baptist Church, where King spoke on his arrival in Albany in 1961. The beneficiary of corporate, public, and private support, the institute tells the story of the freedom movement in southwest Georgia. And on the sacred ground in the sanctuary of the old Mt. Zion Baptist Church, the ACRI Freedom Singers perform every second Saturday of the month, led by the original Freedom Singer herself, Rutha Mae Harris.

In order for righteousness to flow down like a mighty river, there must be many streams. The Albany Movement is one, as were also the destruction of the Berlin Wall, the occupation of Tiananmen Square, and the ending of apartheid in South Africa, where once again the refrains of “We Shall Overcome” could be heard.

They, and all others who occupy a place in the long and still-unfolding future of human rights, live on in our acts of remembrance.