Falcons owner Arthur Blank ‘anxious for Sunday to be here’ 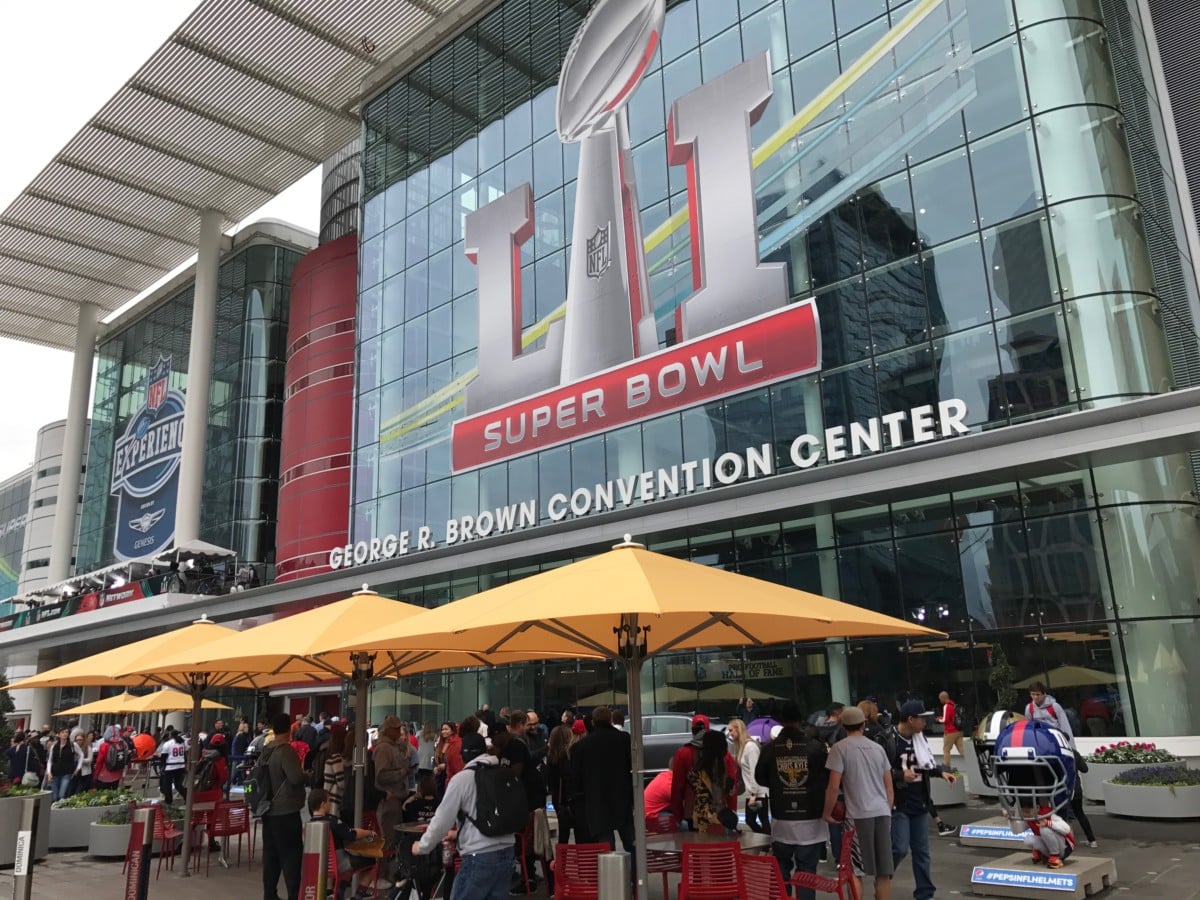 HOUSTON – Win or lose on Sunday, Atlanta Falcons owner Arthur Blank believes his team will be one to reckon with for years to come.

“It is not an end of a journey for us,” Blank said at a Friday afternoon press conference in the George R. Brown Convention Center in downtown Houston. “You raise the bar, and you have to continue to stay up there.”

Not that Blank was thinking about the team losing on Sunday.

As he sees it, the question for Falcons is how does it continue to get better.

“God willing we are successful on Sunday, and we will celebrate as long as we have to,” said Blank, adding that will come at a price. “We will have the biggest bull’s eye on us next year.” 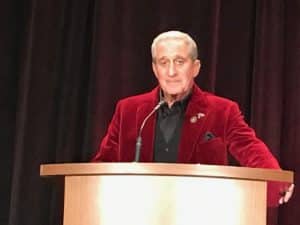 Blank also seemed gratified by the number of Falcons fans in Houston.

“I’m thrilled to be here,” Blank said. “The city is on fire (making a distinction from when Atlanta really burned to the ground). You see the emotions and passion among our fans. It’s amazing to me how many Falcons fans are here.”

Of course, Blank was single-handedly responsible for bringing 500 of his associates from Atlanta to Houston. An off-limits pep rally for the associates was to be held later on Friday.

When asked what impact the NFC Championship win had on ticket sales in the new Mercedes-Benz stadium – especially the “personal seat licenses” (PSLs), Blank said “it definitely has spiked up. We don’t have a lot of seats left to sell.”

When asked how well Houston is hosting the Super Bowl, Blank said he was impressed the last time the Texas city had the honor.

“I thought their city did a great job,” Blank said. “Everything I’ve seen so far has been great, including the traffic.”

That is of particular interest for Atlanta, which will be hosting the Super Bowl in 2019. Black said there’s a large team of folks from Atlanta observing all the particulars in Houston so they can learn “all the best practices.”

Blank came the press conference where a deep red velvet-looking jacket, which he said was a different one from the one he wore for the win on Jan. 22 that led to the Falcons coming to Houston. 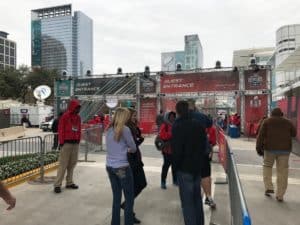 Houston is all decorated with NFL Super Bowl signs. This is the entrance to the Fan Experience at the George R. Brown Convention Center (Photo by Maria Saporta)

Asked if he had any superstitions or what his ritual would be leading up to Sunday’s game, Blank said he would try to replicate the routine he has before and during every Falcons game.

He shows up at the stadium several hours before; watches the field exercises and goes to the locker room with the players to hear Coach Dan Quinn’s comments before the game. Then he heads up to his suite.

Blank jokingly said he would be wearing different underwear and a different suit.

Then he got more serious.

“This should be a very close game,” Blank said. “I’m not nervous at all. I’m anxious for Sunday to be here.”

Then he talked how the Falcons had beat some of the best teams this year – including the New Orleans Saints and the Green Bay Packers.

“We are used to competing at our best,” Blank said. “We will have to compete at our best in order to beat the Patriots.”

The last question Blank was asked on whether he had come up with new dance moves for Sunday night – should the Falcons win.

“It’s a dance of emotion and joy. I hope to have that opportunity again on Sunday,” Blank said, adding that he’s been surprised by how much attention he has received for his dance moves. “It looks more like chicken flapping to me.” 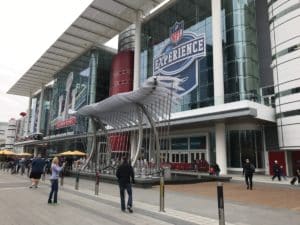 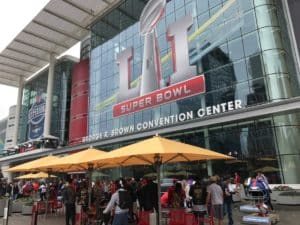 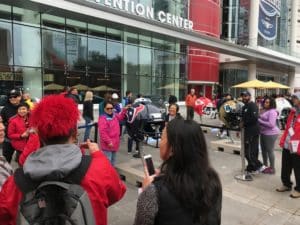 A closer look of fans taking photos of the giant helmets in front of the George R. Brown Convention Center (Photo by Maria Saporta) 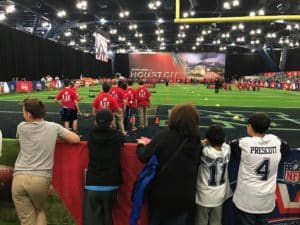 The NFL Fan Experience drew football fans of all ages. Here young people were playing on the replica of a football field (Photo by Maria Saporta)