The Andrew J. Young Foundation has named Gaurav Kumar as its new president.

Former Atlanta Mayor Andrew Young, 88, will remain as chairman of the foundation, and he is working from home during the coronavirus pandemic. 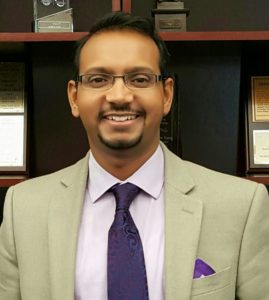 “Gaurav is a problem solver,” said Young, who also served as the U.S. Ambassador to the United Nations during the administration of former President Jimmy Carter. “He’s the right man for this important job.”

Kumar, 39, has worked closely with Young for the last seven years. In his previous role as director of social innovations, he spearheaded a number of the foundation’s projects.

“It is a blessing simply to work with Ambassador Young, but indeed an honor to have him ask that I become president of the foundation that bears his name,” Kumar said in a release.  “I’m excited to be a part of this journey.”

Young noted that Kumar is an experienced operations manager with over 20 years of experience in project development and strategic planning and execution.

Kumar was born and raised in Patna, Bihar in India, where he earned a Bachelor’s degree in mechanical engineering from IRIMEE, Jamalpur, and a Master’s in Economics. Kumar also was employed as a business executive in the railway industry. After moving to the United States, he studied at Georgia State University, where he obtained a Master of Science in Mathematical Risk Management and also was a supplemental calculus instructor.

The foundation’s major projects have become even more relevant – and critical – because of the coronavirus pandemic and its potential effect on the global economy and world hunger. 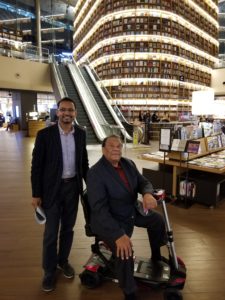 “We have come a long way from where we started in terms of research and development,” Kumar said. “It is now time to bring those ideas to fruition and create new jobs, empower communities, and seek prosperity for all.”

“During these troubling times, we reconfirm our commitment to heed the Gospel’s mandate to ‘feed the hungry, clothe the naked, and heal the sick’ – and we have been doing that successfully around the globe,” Young said. “We will continue, even while adapting to new challenges and maintaining safe working conditions.”

Kumar’s wife, Ekta is a fashion designer and a senior at SCAD in Atlanta. They are the parents of two daughters.