How Georgia armed the nation 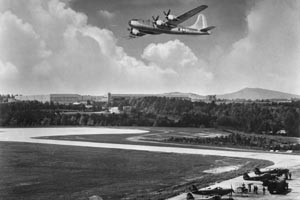 A B-29 flies over the Marietta Bell Bomber plant. Kennesaw Mountain is visible in the background.

Even before the United States declared war on Japan in 1941, and entered World War II, the Boeing Aircraft Company had begun designing a bomber that could meet the challenging requirements of a Pacific war. The Army Air Forces needed a plane that could fly fast at high altitudes and long distances and deliver a large payload. The extraordinary Boeing B-29 provided the solution. 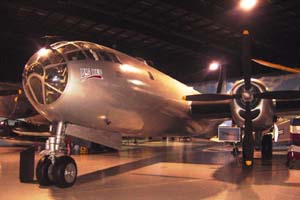 The Boeing B-29 “Superfortress,” first test-flown in 1943, was the most advanced heavy bomber of World War II.

Lockheed’s Marietta plant delivered more than  386 new B-47s to the Air Force—and they did keep the skies friendly while they served. 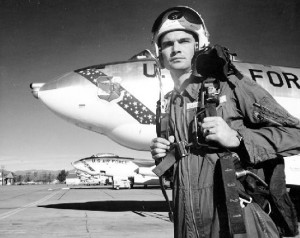 Georgia’s affair with the B-47 did not end there. In 1950 the Defense Department  recommissioned Hunter Army Airfield, not far from Savannah, as a military installation where two SAC bombardment wings operated new B-47’s. Georgia made some unwanted “nuclear news” in 1958, when a B-47 jettisoned its atomic weapon near Tybee Island following a midair collision. The air force deemed the bomb of no risk, declaring that it was unarmed. Searchers never located the device.

A confession: my father was a cold war warrior who served in the air force as an intelligence specialist for thirty-three years. In 1961-64 the air force assigned him to a B-47 wing in Idaho, whose planes perhaps the Marietta plant built. He never talked with anyone about what he did, security after all being his business. As a World War II vet who “stayed on,” serving his country was an act of gratitude and pride.