The Georgia Power Co. is announcing a transition in leadership with the upcoming retirement of Paul Bowers as its chairman, president and CEO, and the election of his successor – Chris Womack, Southern Co.’s executive vice president and president of external affairs.

Womack will become president of Georgia Power on Nov. 1. He will assume the additional responsibilities of chairman and CEO when Georgia Power’s is expected to “meet or beat” its regulatory commitment for the nuclear power plant Vogtle Unit 3 ability to load fuel, most likely in April 2021.

“Once we put fuel in the reactor, that’s the signal that we are ready to go,” Bowers said in an exclusive interview with SaportaReport. “That seemed to be the right time to have a transition in leadership. I turn 65 next year, and I’ve been with the system 42 years. It is a recognition there are others in our organization who are ready for the challenge.” 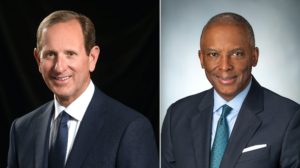 Bowers, who has led Georgia Power for the past 11 years, added that now is the “time to leave the company in Chris’ capable hands.”

Womack will be the first African American CEO of Georgia Power, a company founded in 1902. For the past 11 years, Womack has been leading the overall external positioning and branding efforts for the Southern Co. His job has included the company’s public policy strategies as well as its governmental and regulatory affairs, corporate communication initiatives and other external and strategic business engagements.

Womack joined the Southern Co. in 1988, and he has served in several key leadership positions within the company and its subsidiaries. He served as executive vice president of external affairs at Georgia Power and senior vice president and senior production officer of Southern Company Generation, where he was responsible for coal, gas, and hydro generation for Georgia Power and Savannah Electric.

“I’ve known Chris for 30 years,” Bowers said. “Chris has been involved in so many things, and he’s always delivered. His capabilities and his talent are what got him the job.”

Tom Fanning, CEO of the Southern Co., said in a statement Bowers has led “Georgia Power to be the premier energy company it is today,” positioning it for continued success

“We knew it would take a remarkable leader to follow after him and we’re confident Chris is that leader,” Fanning said. “He is a pillar of the community, and his depth of experience in the energy industry, generation, public policy, governmental and regulatory affairs, and the state will be incredibly valuable as the company works to continue providing clean, safe, reliable and affordable energy for millions of Georgians. More importantly, Chris leads with a passion for people. The company, its employees and its customers are in good hands.” 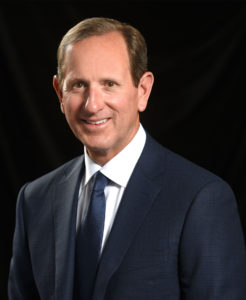 During his tenure as CEO of Georgia Power, Bowers has overseen the closure of all but three of Georgia’s coal plants, and he described the remaining three as “vulnerable” to the changing economics. He also was proud of “the accomplishments the Georgia Power team has made” in its commitment to build a clean energy future for the state. When Vogtle 3 and 4 come online, Bowers said they will be able to meet Georgia’s energy needs for the next 60 to 80 years.

Over the past decade, Bowers also has served in most significant civic roles in Atlanta, including as chair of the Metro Atlanta Chamber, the Atlanta Committee for Progress and the Woodruff Arts Center.

When asked about his plans after he retires, Bowers said he expects to split his time in Atlanta, Florida and his farm in Alabama. He plans to remain involved in the community if he can fulfill a need.

“You always want to give. That’s part of my DNA – to ensure that if there’s a need and there’s a way I can help, I’m always willing to serve,” Bowers said. “You step back and really reflect, and the only thing that really does matter, it’s not the awards, it’s the people you touch.” 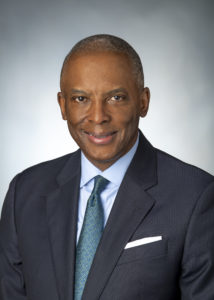 Bowers did say he will continue to be involved with Children’s Healthcare of Atlanta and help with its major expansion plans.

Georgia Power has always been quite strategic in its leadership succession – gracefully passing the baton internally from generation to generation.

On Wednesday afternoon, Bowers said they had a call with all the past presidents of Georgia Power, including Bill Dahlberg, Allen Franklin, Mike Garrett and David Ratcliffe.

“They are still invested. They want to know who are going to be the leaders,” Bowers said, adding that Allen Franklin laughingly said on the call: “Y’all were so young when I was developing you as leaders, and now y’all are retiring.”

Bowers also repeated a conversation he has had with Delta Air Lines CEO Ed Bastian. “You rent these seats, but you don’t own them,” Bowers said. “It’s time for someone else to rent the space.”