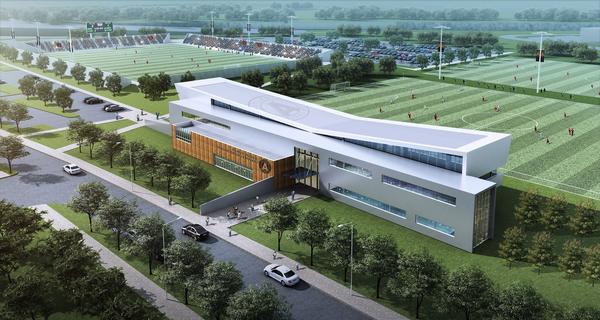 The new Atlanta United soccer franchise announced Tuesday that it had chosen DeKalb County for its headquarters and $35 million training facility. The DeKalb Commission voted earlier that day to approve the agreement with Atlanta United FC, one that would involve a $12 million investment by the county.

“Finally, something good is happening in DeKalb County.”

That’s what someone told me after the 4-3 vote by the DeKalb County Commission, approving an agreement with Atlanta United to locate its headquarters near the intersection of Memorial Drive and I-285.

That joy was short-lived.

A day later, former Georgia Attorney General Mike Bowers, who had been hired by DeKalb’s CEO Lee May to investigate possible corruption in the county, proclaimed that DeKalb was “rotten to the core.”

What a juxtaposition of highs and lows for Georgia’s fourth-largest county.

In recent years, several of DeKalb’s top officials have been indicted and found guilty of various ethical and legal breeches. It is a far cry from the DeKalb that existed 20 and 30 years ago when it was run by Manuel Maloof and Liane Levetan, both respected and powerful leaders in the region.

DeKalb leaders had hoped that the county’s tides were turning by winning the highly competitive Atlanta United headquarters.

On the day of the press briefing announcing the deal, the mood was uplifting, and team owner Arthur Blank, a co-founder of Home Depot, even became nostalgic about the decision. It was June 22, 1979, when Home Depot opened its very first store across the street from where Atlanta United plans to develop a 3,500-seat stadium and three additional soccer fields.

“It has come full circle,” Blank said, reflecting over his career. You see, for Blank, his investment in Atlanta’s Major League Soccer franchise is personal and close to his heart. He attended the event with his son, Joshua, an avid soccer fan and talented player.

Perhaps Atlanta United’s decision will improve the perception of a fractured DeKalb County and spark economic development in the Memorial Drive corridor.

But that may be too much to ask.

It is too bad that the Atlanta United soccer franchise, located in “Central” DeKalb, has not yet united the county.

But as Blank said, the decision to base the soccer team at that location, felt like a spiritual journey for him, a coming home.

Let’s hope DeKalb’s journey will fuse a divided county into a united DeKalb.

Share6
Tweet2
Share
Pin
Pocket
WhatsApp
Buffer
Email
Reddit
8 Shares
Tags:
Previous Article
Are you angrier now than you were four years ago? Probably not
Next Article
Common Cause forces resignation of Georgia leader as part of national realignment of interests