“I wish you’d broken all the rules” is a haunting refrain in a memorial written by a Swedish performing artist whose friend died of a heart attack, and not COVID-19, after the South by Southwest event was cancelled and with it their planned performance. 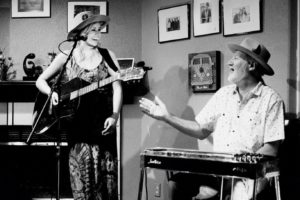 Sofia Talvik wrote Broken (Steel Guitars in Heaven) in memory of Tim Fleming, a pedal steel guitarist who died of a heart attack and not the virus he suspected he had contracted. Talvik dedicated the song to her friend, those who loved him and, “all of you who lost someone, directly or indirectly from Covid 19.” Talvik wrote:

“I wish you’d broken all the rules

“I wish you’d opened up that door

“I wish you’d gotten in your car

“And put the pedal to the floor.”

“But rules are rules

“I wish you’d gone that day

“And maybe then you could’ve have stayed.”

Fleming evidently thought he was following a generally accepted protocol for those who thought they had contracted COVID-19. He stayed home, monitored his symptoms and thought he’d be among the majority of virus victims who were expected to recover on their own.

Fleming died during the night of April 19. 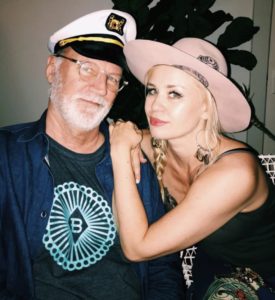 The cause of death was heart attack, not the virus that he thought was causing the four days of symptoms he described in his final Facebook post:

This was weeks after the ensemble touring with Talvik had sheltered-in-place at a friend’s home in the coastal town of Surfside, Tx. They went there after SxSW was cancelled and their tour calendar started to fold. Their time in Texas poised on the brink of the global realization of the huge impact the virus would inflict. Uncertainty hung over the future of their tour – which included a planned performance in Decatur in August. All was cancelled.

As Talvik observed of that day in Winnsboro, “the birds were singing and the trees were full of blossoms. The air was sweet and you would never know what was going on in the rest of the world.”

Fleming had accompanied Talvik over the past four years on tours in the United States. He played pedal steel as she sang lead vocal and played guitar on songs she had written. He traveled to Germany to perform on her latest album, Paws of a Bear. 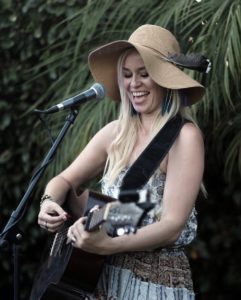 Sofia Talvik evokes the spirit of Laurel Canyon in the 1960s with an “effervescent and incandescent” voice and songwriting compares to Joni Mitchell and Judy Collins, according to music critic Lee Zimmerman. File/Credit: sofiatalvik.com

Talvik’s description of her relation with Fleming reminds of what some older people say of trying to make friends in later life. It’s difficult. The runway is too short to establish a shared history on which friendship can be based. That wasn’t the way with Fleming, Talvik wrote:

The final verses of a song she performs with friends of Fleming from Los Angeles, The Wreckers:

“And darling when your heart was breaking

“You were breaking my heart too.

“I hope that they have steel guitars in heaven

“I know you’d play them if they do