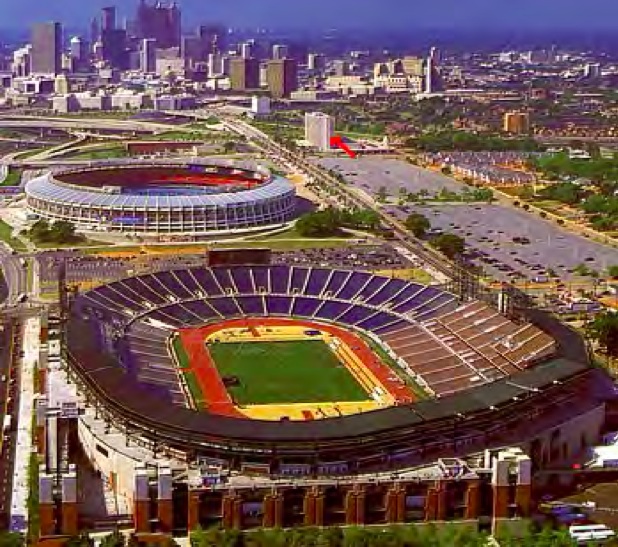 At his fourth annual State of the City Business Breakfast, Atlanta Mayor Kasim Reed said building a new $1 billion stadium for the Atlanta Falcons is today’s defining decision for the city.

Reed introduced his challenge to city leaders by providing a list of defining decisions for Atlanta over the decades.

Mayor William Hartsfield made the right decision at the right time when he gave a favorable lease to Delta Air Lines.

Coca-Cola magnate Robert W. Woodruff made the right decision at the right time when he made sure the Atlanta business community attended a dinner to honor hometown hero Martin Luther King Jr. after he won the Nobel Peace Prize.

Mayor Ivan Allen Jr. made the right decision when he was the only Southern elected leader to testify in Congress in favor of the Civil Rights Act.

Allen and Mayor Sam Massell made the right decision at the right time to get MARTA approved.

Mayor Maynard Jackson pushed the city forward when he pushed to build the new airport. And “Mayor Ambassador” Andrew Young, working with other city leaders, brought the Democratic National Convention to Atlanta in 1988 and the Summer Olympic Games in 1996.

Later today, “the City Council will be having a hard, open and transparent conversation about the proposed Falcons stadium,” Reed said. “I’m closing my speech with this…. There are moments when I pause and look over my shoulder and say: ‘Wow, look at what we’ve done.’ We are the focus who are here, right now. What are going to be the decisions we can point to?

“My simple request of everybody who is in this room today, Atlanta and our region should always be in the position of choosing the future.”

Then, the mayor, in a subtle way, asked for the Atlanta City Council and the public to handle the issue of a new stadium with a level of maturity.

“Let’s do it with the best of us on display,” Reed said. “We have the moment to make the right decision at the right time.”

The city has now become a key player in the negotiations to build a new Atlanta Falcons stadium. Reed has been working closely with Falcons owner Arthur Blank and state officials to move the project forward after Gov. Nathan Deal decided to not present the proposal to state legislators.

Teasing that he would be making an announcement at the end of the speech, Reed reminded the audience that President Barack Obama was coming to metro Atlanta on Thursday — clearly leading people to believe he might be taking a job with the Obama administration.

“After a great deal of thought and consideration, I have decided to offer myself….(super long pause)…. for re-election,” Reed said, breaking into laughter after seeing how he had played the crowd. “Think about what Arthur Blank was thinking.”