As Manuel’s Tavern reopens, regulars return with hugs and smiles 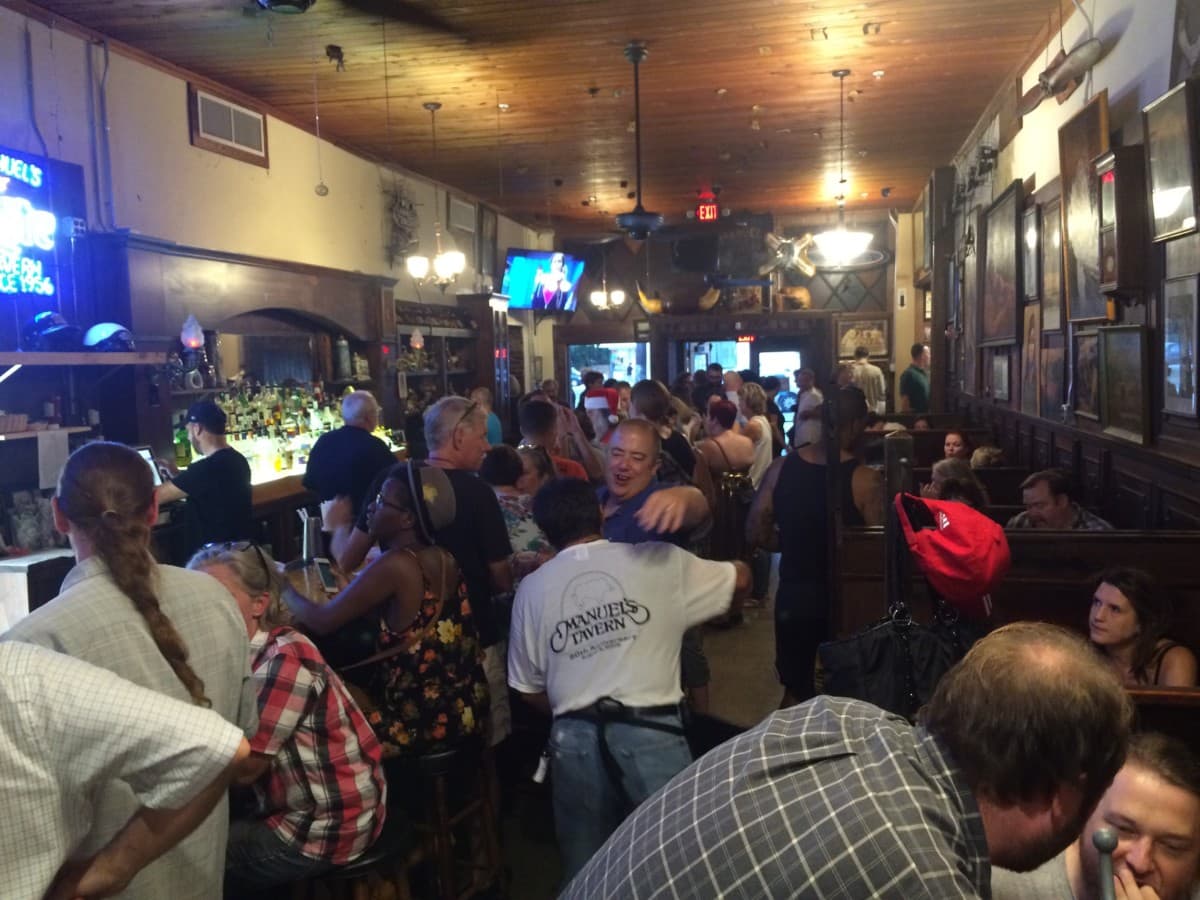 Hundreds of people flocked to the gathering spot and watering hole that has been closed since late 2015 for renovations.

Although the space configuration of the Tavern has slightly changed, the spirit was still the same. The main entrance (front and back) that open up on the grand bar showed the fewest signs of alterations. The paintings and memorabilia had all been carefully put back on the walls. 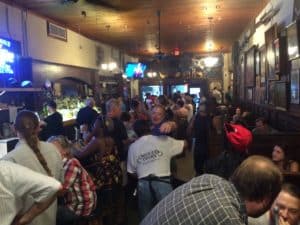 People hugged each other as though they had been away from home and each other for months. Tavern owner Brian Maloof watched over the scene – relieved Manuel’s had reopened.

Several special guests showed up – Liane Levitan, the former CEO of DeKalb County; developer Steve Selig, who has involved the redevelopment of the parking lots next to Manuel’s; Katharine Kelley, who has been involved with the project since the beginning.

Several public officials also were present including Courtney English, chairman of the Atlanta Board of Education; Matt Westmoreland, a school board member; and Kwanza Hall, an Atlanta city councilman.

But mostly the crowd included Manuel’s regulars, who have been coming to the tavern for decades. 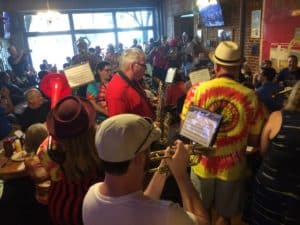 The Kelly Seed & Feed Marching Band made it a festive opening by parading through the tavern as people danced and clapped their hands.

The major visible changes to Manuel’s are two-fold. The former Eagle’s Nest has been removed, and that space has been turned into an extension of what is now the main room on the south portion of the tavern. The other room on the other side of the bar is now much smaller as the two adjoining spaces that used to be available for groups gathering at Manuel’s will soon be leased to retail tenants.

It’s hard to adequately describe the role Manuel’s has played in Atlanta over the years. It’s been a neutral ground for politicos, journalists, civic activists, authors, among others. That’s the spot people go to watch major happenings, such as political debates and special events. The Olympics in Rio was featured on most of the televisions throughout the Tavern.

Most of the significant changes are not visible to the general public. The all-new kitchen has all new plumbing and electricity and a new walk-in cooler.

It looks as though Manuel’s is here for another 60 years.

Special Note: Manuel Maloof, the colorful owner and founder of the Tavern, passed away 12 years ago, Aug. 7 – just one day after the Tavern’s anniversary. His son, Brian Maloof, who is carrying on his father’s tradition at Manuel’s, said the two days back-to-back bring up so many mixed emotions. A group of the old faithful gathered to toast Manuel Maloof’s passing Sunday night. 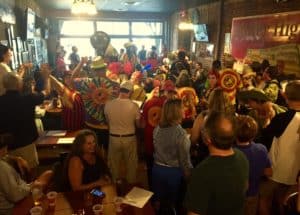 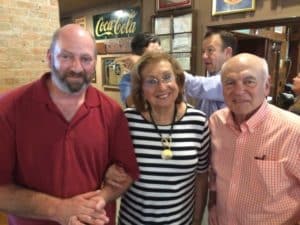 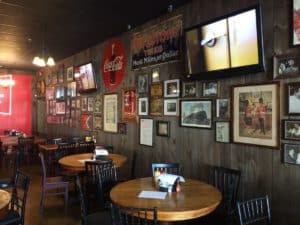 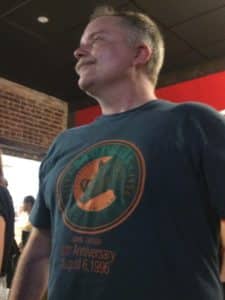