NE BeltLine crosses under I-85 behind Sweetwater Brewing

Comprehensive Review of Alignment and Environmental Data, Addressing Connectivity Gaps Necessary Next Steps in Realizing Transit on the BeltLine

The MARTA Board of Directors took a major step toward bringing transit to the Atlanta BeltLine with the authorization of a contract for a comprehensive engineering analysis for light rail around the BeltLine that connects into the current MARTA heavy rail stations. 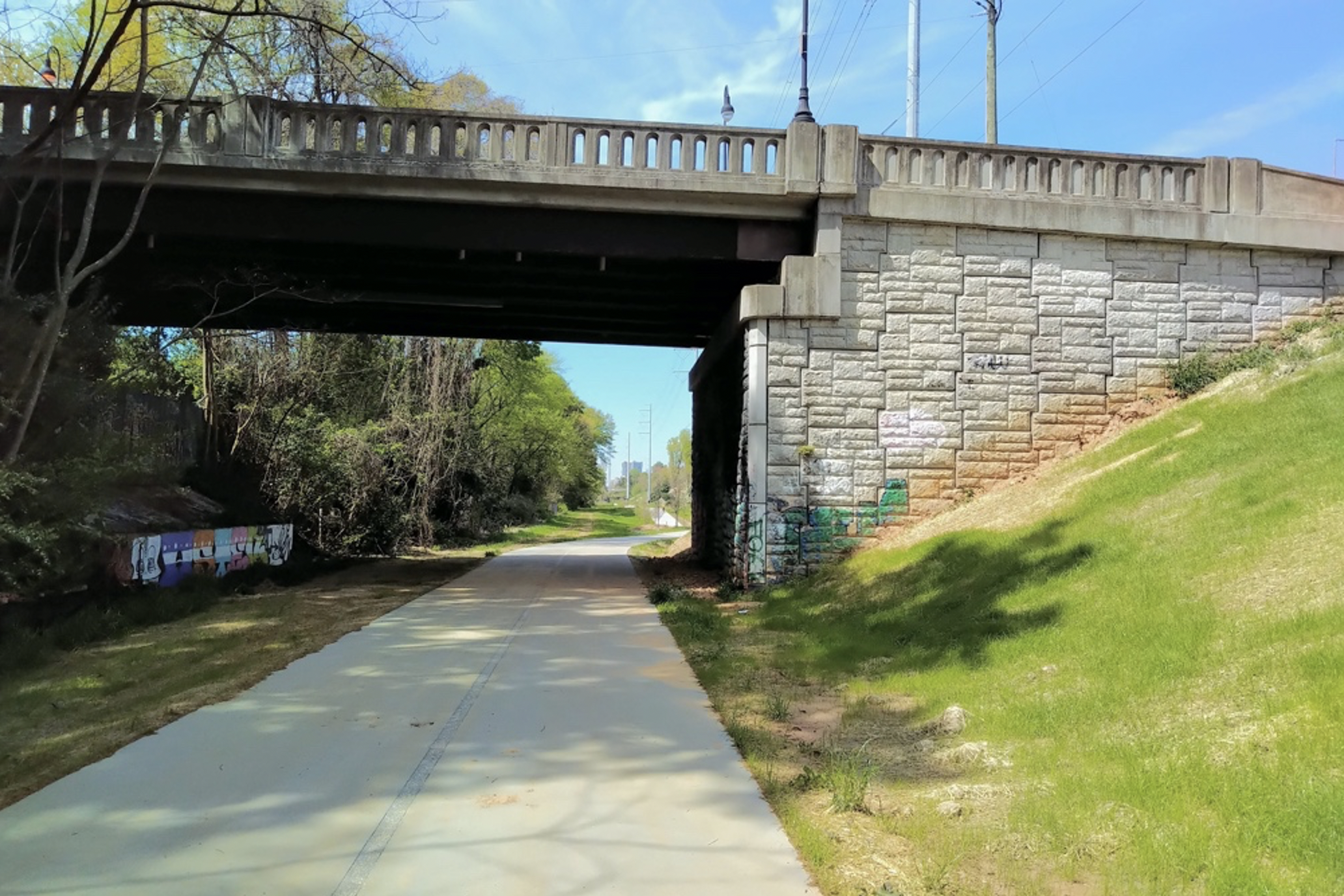 The Streetcar East current extension alignment runs from Jackson Avenue to the BeltLine at Irwin Street and up to Ponce City Market. As part of the planning phase for this project, MARTA reviewed ABI’s environmental study documents and discovered several design gaps that warranted further investigation. This study will help MARTA and ABI better understand transit gaps evident in existing alignment, environmental and connectivity concerns, and document recommendations to be used in future planning, public outreach, and design of light rail transit on the BeltLine.

“MARTA appreciates that advocates for BeltLine rail are eager to see dirt turned, but upon analysis of initial environmental and engineering studies conducted by ABI, we identified significant gaps that must be addressed,” said MARTA General Manager and CEO Jeffrey Parker. “This is typical for a project of this size and this study will examine technical issues and risks involved in building light rail on the BeltLine and give us a better sense of overall project costs and feasibility. Right now, we have lines on a map with little to no connectivity. For this project to progress and ultimately succeed, it must connect to the existing MARTA system.”

The draft environmental study documents released by ABI were primarily trail-based with some rail considerations which did not address several areas of rail transit concerns. The planning review of the documents revealed transit connectivity gaps to the north between Ansley Mall and Lindbergh Center rail station and to the south between the existing Streetcar and I-20. Additionally, alignment options to MARTA heavy rail stations and alongside existing private railroad tracks have not been adequately addressed and require more evaluation.

“The board saw this study as an important next step in MARTA’s commitment to its customers who support transit expansion along the BeltLine, and throughout the system,” said MARTA Board Chair Rita Scott. “When people hear of another study, they may be tempted to criticize this as overanalysis, but this level of due diligence is paramount to providing safe, efficient, and connected transit, which is the goal of everyone involved in this massive project.”

“Transit is a vital component of the BeltLine vision to ensure greater connectivity and accessibility around the corridor,” shared Atlanta BeltLine, Inc. CEO Clyde Higgs. “ABI looks forward to supporting MARTA’s work to bring transit to the BeltLine.”

The study will be conducted by VHB/Vanasse Hangen Brustlin, Inc. at a cost of $500,000 and take six months to complete. Upon completion of the study, MARTA and ABI will review the findings and determine next steps.