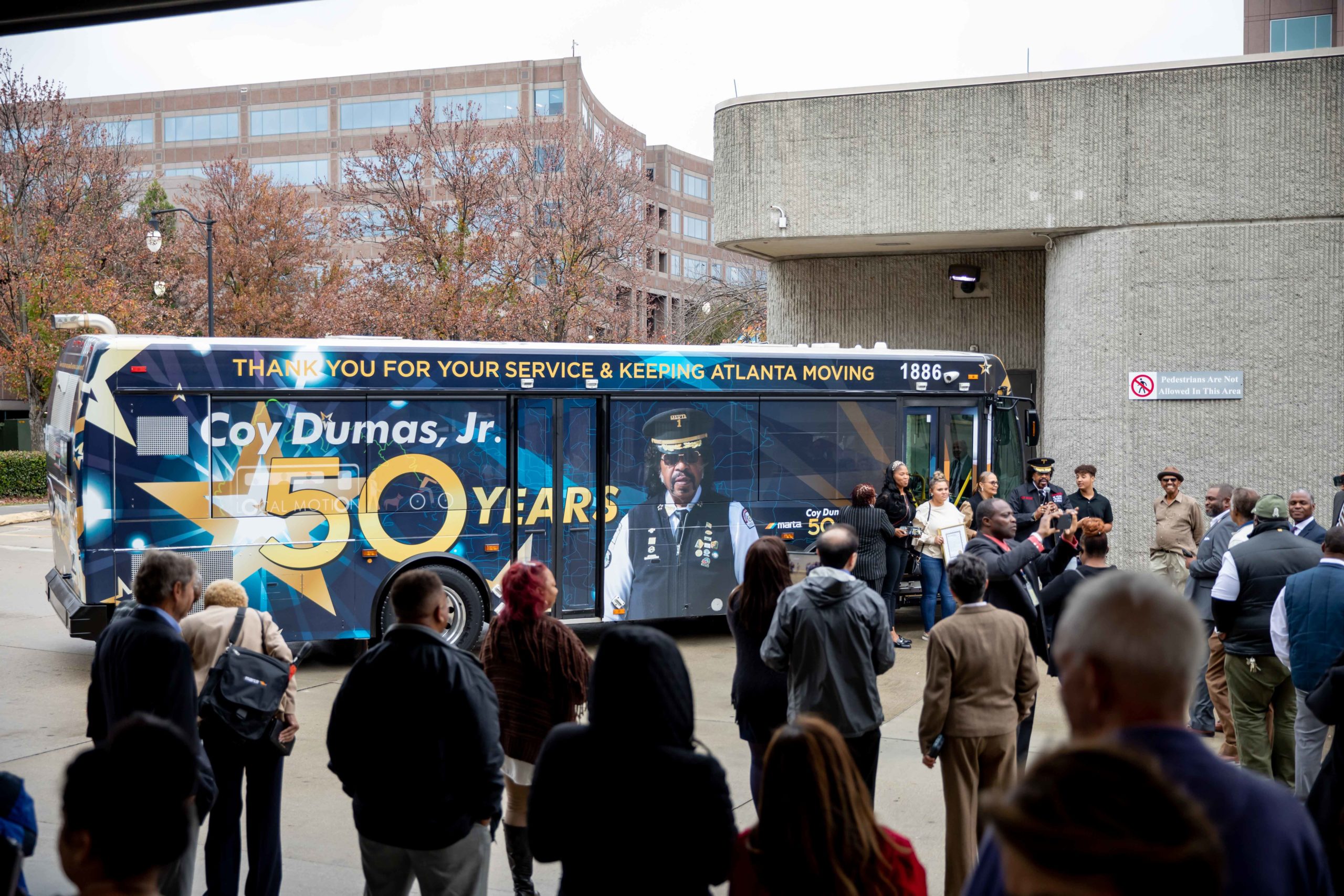 A native of Adamsville, Mr. Dumas joined MARTA, then known as Atlanta Transit, in 1972 as a bus operator. He has run routes solely in west Atlanta over the years, and currently operates Route 853 out of West Lake Station on the Blue Line. MARTA estimates Mr. Dumas has carried 2.8 million passengers since he began operating a bus. He also boasts a spotless driving record, having driven over two million miles without an accident. A mentor to countless operators over five decades, Mr. Dumas leads the Mentorship Program out of Perry Bus Facility.

“The most remarkable part of Mr. Dumas’s 50 years with MARTA is the close relationship he has built and nurtured with the communities in west Atlanta,” said MARTA Board Chair Rita Scott. “He is on a first-name basis with his customers and they will tell you, he is not just the man who drives the bus, he is a mainstay in their community and part of the family. Mr. Dumas represents the very best of MARTA and we celebrate his incredible career.”

“Mr. Dumas shows a loyalty, commitment, and longevity in his career that is rare indeed,” said MARTA General Manager and CEO Collie Greenwood. “Anyone who’s driven a bus can tell you it is hard work. Mr. Dumas does it with a smile and a sense of pride that makes his customers and all who cross his path feel uplifted and inspired. I thank him for his incredible dedication and service and celebrate all he’s done for MARTA and for the countless people he’s mentored and customers he’s moved through metro Atlanta over the past 50 years.” 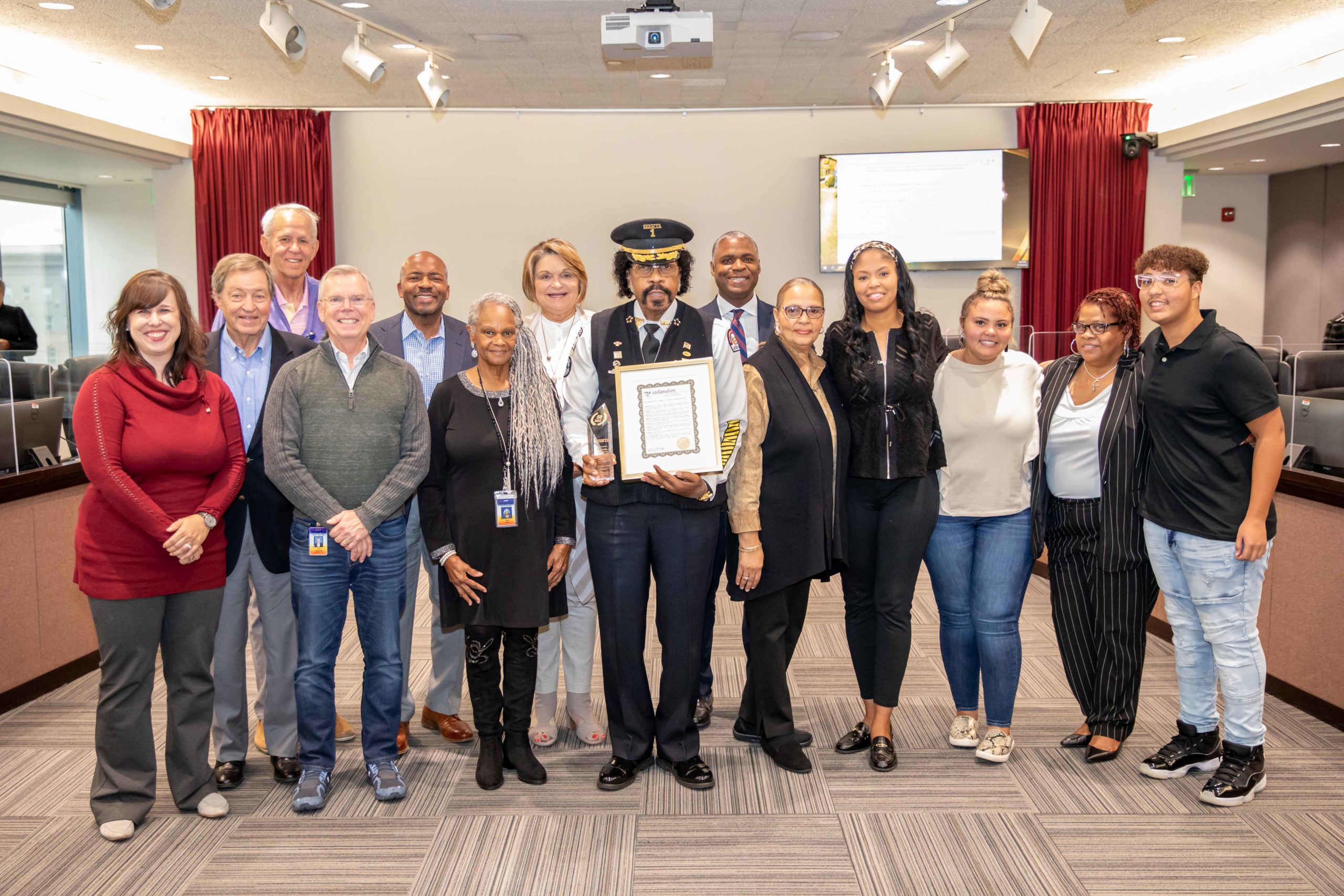 “Condoleezza Rice said, ‘People who end up as first don’t actually set out to be first, they set out to do something they love.’ This represents badge number one Coy Dumas, Jr.,” said Britt Dunams, Amalgamated Transit Union (ATU) Local 732 President. “Professional Operator and ATU 732-member Coy Dumas is a true transit professional, safely providing an essential service day in and day out with a welcoming, positive attitude. He is a mentor and community leader, too, taking time with new and less experienced operators ensuring all MARTA customers receive the world-class service he’s become known for over the last five decades.”

“I have distinct early MARTA memories of Mr. Dumas from when I was new to Atlanta and just learning to use the bus system. At the time, I was living in the GSU Village dorms, and had started regularly riding routes out of North Avenue Station. I recall a handful of times that I caught Mr. Dumas’s bus, with him in the crisp and complete full uniform, driver’s cap and all. It always made an impression and he was – as he still is – an absolute professional,” said MARTA Planner and customer Ryan VanSickle.

Mr. Dumas was honored at the November meeting of the MARTA Board of Directors and while surrounded by his wife Teresa and many friends and colleagues, was surprised with a bus bearing his image at a celebration held at MARTA headquarters. Digital billboards celebrating Mr. Dumas and his 50 years with MARTA will be on display throughout Atlanta for the next month. He also received a special 50-year service award and uniform patch, and a proclamation from the city of Austell, where he works and lives.