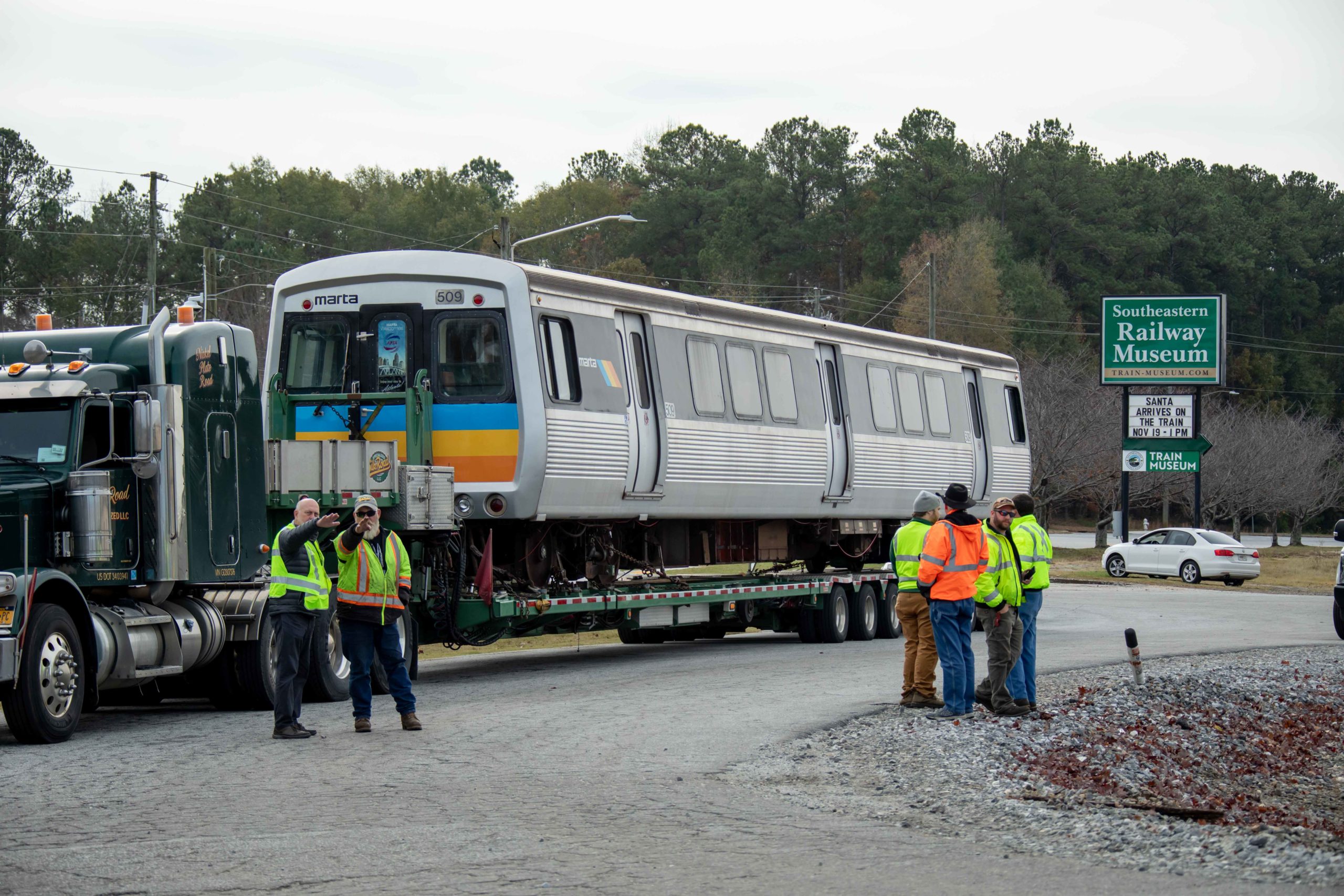 MARTA has donated a railcar from the Authority’s original fleet to the Southeastern Railway Museum in Duluth. The donation of the 42-year old railcar is one of several activities planned as MARTA transitions to its new railcar fleet.

Railcar #509 was built by Société Franco-Belge and placed into service in 1981 along with 20 other identical cars, then retired at the end of its useful life 30 years later. It has a 75-foot-long aluminum body and weighs 81,000 pounds and can hold 46 seated passengers, with operator cabs on both ends. The railcar was transported from MARTA’s Avondale Railyard to the museum on Wednesday, Nov. 16.

Construction of MARTA’s heavy rail system began in 1975, with the first railcars rolling out in 1979. The existing heavy rail fleet totals 340 cars and was obtained under three procurements in 1979-1981, 1984-1988, and 2000-2005. MARTA will replace its entire heavy rail fleet over the next several years with 224 railcars (56 four-car train sets) purchased from Stadler in 2019 for $646 million; the single largest procurement for either organization, and a milestone in MARTA’s capital improvement program aimed at more efficient performance and enhanced customer experience.

“With our future rail car fleet now in final design, it’s time we start clearing track space to make room for our new trains. We’re beginning to retire our oldest rail cars and we want to ensure that one of them is around for future generations to see. At the Southeastern Railway Museum, it will join our historic fleet of MARTA buses as we begin a complete rail car fleet replacement,” said MARTA General Manager and CEO Collie Greenwood. 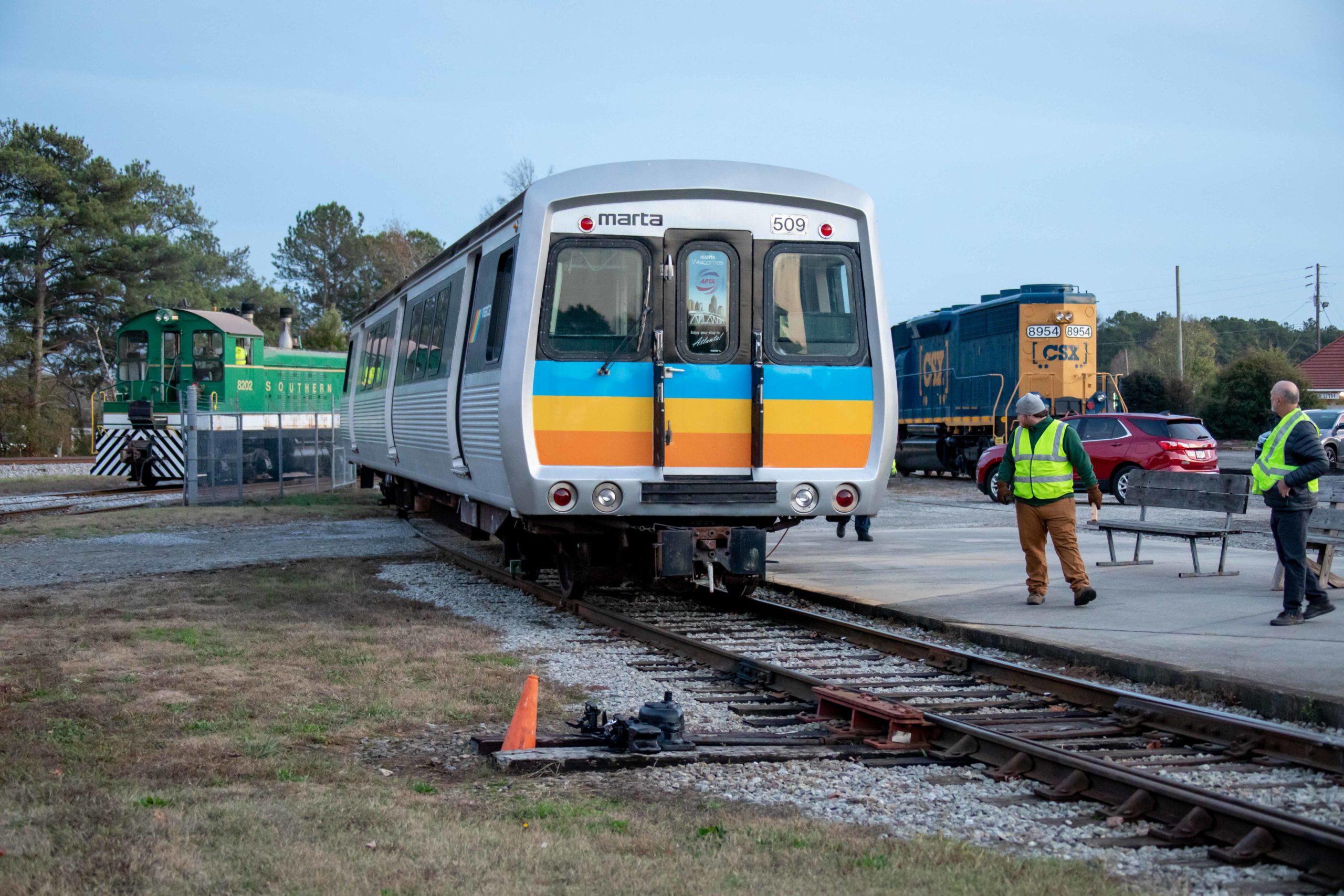 “I got here in ’98 and this is what I trained on to become a mechanic, so it’s got a little nostalgia going. I’m not going to shed a tear, but this is an end of an era. We are getting ready to start a new chapter with the new cars, so everybody can see the transition from old to new,” said Pierre Merrick, MARTA Journeyman Rail Car Mechanic.

The interior of the new railcars features an open gangway so riders can move freely between cars, seating options including facing forward and inward, and state-of-the-art technology such as charging stations and digital system maps and service information. The exterior features a lighted “smile” on the front of the train that denotes the color of the rail line; Red, Gold, Green or Blue, so riders will know from a distance that their train is approaching.

“As Georgia’s Official Transportation History Museum, we’re honored to be able to acquire such a significant piece of our region’s transportation history. MARTA is a significant economic engine for our region, and we’re pleased to continue expanding the collection related to its history and development,” said Randy Pirkle, Executive Director Emeritus, Southeastern Railway Museum.

For video and photos of the train being transported from the railyard to the museum and of MARTA’s new railcars click here EPK – OneDrive (live.com).