By Maria Saporta
Published in the Atlanta Business Chronicle on May 15, 2015

Meet Mary Laschinger. She likely will be the first woman CEO of a Fortune 500 company based in Georgia.

Now meet Veritiv Corp. (NYSE: VRTV) – the company she runs. When Fortune includes this newly-formed public company on its Fortune 500 list, it likely will be ranked near No. 300 due to its annual sales of more than $9 billion – a higher rank than Atlanta-based SunTrust Banks.

Veritiv was established on July 1, 2014 – following a merger of International Paper’s xpedx division and Unisource Worldwide. Because it hasn’t been in business as a stand-alone entity for a full year, Veritiv probably won’t make this year’s Fortune 500 list.

But it’s only a matter of time.

Laschinger hasn’t given much thought to the role she will have as the highest-ranking woman executive in Georgia. Instead, she has been busy combining two entities that were competitors for 15 years – trying to infuse a “one team” culture in the new company.

“They were two large companies, and neither were public,” Laschinger said during a two-hour interview at Veritiv’s temporary headquarters in Norcross. “On the first day, we spun out and merged, had an IPO and took it public on the New York Stock Exchange.” 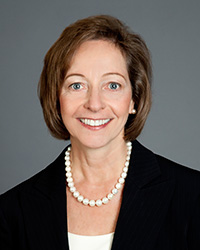 “I made the choice to do this,” Laschinger said. “How often do you get to start a new company as big as this one, take it public, hire your own team build your own board, set your own vision? Clearly my imprint would be on the company. I knew that taking over International Paper would be a lot more of the same. I’m a change agent. This was more exciting, more challenging, but riskier.”

It was hard to contain Laschinger’s excitement during the interview.

“Every day it’s the first time – the first 10-Q, the first 10-K,” Laschinger said, referring to the complex quarterly and annual reports publicly owned companies must file with the Securities and Exchange Commission. “We are building it from scratch.” Veritiv will be holding its first annual meeting for shareholders on May 20.

Asked how Atlanta became the headquarters for the new company, Laschinger said four cities were considered: Cincinnati (xpedx’s home); Atlanta (Unisource’s base); Dallas; and Charlotte, N.C. Atlanta won because of the airport – with its MARTA connection, the availability of a skilled and educated workforce, and the ability to recruit people to the city. Of her 10-member executive team, nine will be moving to Atlanta from other places.

The company will be moving its headquarters to Northpark Town Center along the MARTA line in June. The company employs about 8,900 people throughout North America, and there will be 200 employees in the corporate office with about 550 total in the Atlanta area.

Laschinger has bought a home in between Midtown and Buckhead and is looking to put down roots in Atlanta. She has joined the board of the Metro Atlanta Chamber, and she said she has found “the business community very welcoming.” She is looking forward to getting involved in civic activities even though her priority right now is getting Veritiv on track.

“We changed our name. We wanted to create a new culture for the company and not have it feel like it as a takeover,” she said. We need to be working together.”

All over the offices, on posters, signs and desk top messages, there is the following: “Veritiv: Vision: One team shaping success through exceptional service, innovative people and consistent values.” 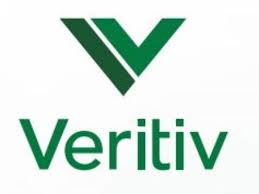 Laschinger, 55, grew up on a Wisconsin dairy farm – the third youngest of eight children. Saying she lacked self-confidence, Laschinger opted to go to technical school rather than college. Then at age 21, she enrolled in college.

She was almost 26 when she went to work for Kimberly-Clark in Connecticut, and during a job interview, toured a 100-year old paper mill. “It’s the first time I had ever seen something made. They took trees, which are renewable and made them into tissue. I knew then I needed to be involved in manufacturing,” she said.

After Kimberly-Clark, she went to work for James River and finally made it back to Wisconsin where she joined International Paper – getting married along the way. She then was given her first general manager job to run a $150 million division with global reach and was based in Memphis.

“There were huge lessons learned from that leadership role. For two weeks I was really excited. Then I realized the business is not doing well,” Laschinger said, wondering why senior managers didn’t feel the same level of responsibility for the future of the company as top executives.

Laschinger, who got divorced along the way, was offered more and more challenges by International Paper – running its pulp business, overseeing its wood products division, becoming president of IP Europe and negotiating a joint venture with the Russians.

“Of all the things I’ve done, I’m proudest of that,” Laschinger said. “We took that business of International Paper from the bottom quartile to the top quartile. I started with 11 direct reports, and 10 of them were American. When I left, there were 10, and seven were Europeans. They were an incredible team.”

Now she is busy applying all her leadership lessons to Veritiv. First on her list is building a strong team several layers deep. Laschinger has shared her thoughts about what to look for when hiring people. First is their value system. “Are they in it for themselves or are they willing to help their colleagues succeed and the enterprise succeed,” she said.

Next is a prospect’s willingness to learn and grow. “We are faced with so much change and so much competition,” Laschinger said. “If you have people who are willing to learn and grow, they will be able to adapt.”

Third, and the least important on the list, is someone’s technical skills. “We can teach people the skills to help make them successful,” she said. “It’s first about the fit, vision and culture we are trying to build.”

Spending time with Laschinger, her enthusiasm for business becomes contagious. She admitted that she enjoys the art of being an executive and it really doesn’t matter what product or service she is selling. “I rarely make a stand-alone decision,” Laschinger said. “There’s no way I can know everything that’s going on in the organization. I welcome people challenging me. I need strong people around me because I am a strong individual. I need strong people to disagree with me.”

“It’s all about behavior and values,” she added. “It’s about all of us. We will be the ones who will make this company. It’s exciting.”