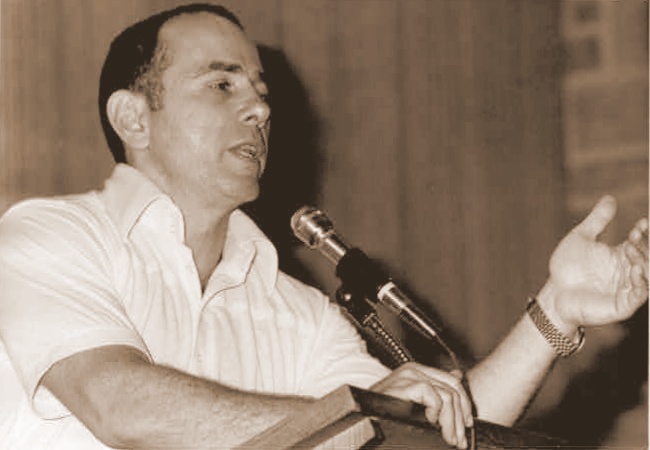 This week, DAVID MARTIN, former director of the Georgia Council on Economic Education, shares the story of Michael Mescon and his efforts to expand private enterprise education worldwide.

The previous autumn Mike had spoken at a conference of the Rebel Chapter of the Young Presidents’ Organization at Callaway Gardens. His description and defense of the American private enterprise system was so eloquent and so compelling, they encouraged him to return to Georgia State and create the first Chair. Mescon’s Georgia State colleagues told him that creating a Chair would be the end of his academic career, since there were no textbooks and no research on the topic.

At the end of World War II, the GI Bill provided scholarships for veterans to attend college or technical school, as well as low-cost mortgages and loans to start businesses. Between 1946 and 1954, more than 500 new factories opened in Georgia. In 1947 approximately 13,000 GIs enrolled in institutions of the University System of Georgia. 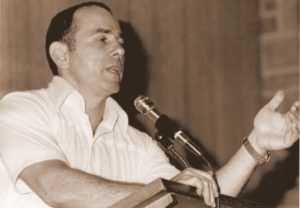 To teach all of these new students, it required faculty members. Mike arrived at Georgia State in 1955, at the young age of 23, himself a product of the GI Bill, with service in the U.S. Army and degrees from the University of Miami and New York University. He may have been about the same age as his students, with similar background experiences, but he quickly became a beloved teacher, despite the fact that he locked the door when the class began and made no exceptions for latecomers to enter. He taught courses in business and management, and he emphasized the principles and values of the American private enterprise system.

Some of Mike’s ideas came from his upbringing as the son of a Lithuanian Jewish immigrant storekeeper in Charleston, South Carolina. According to the 1940 census, his father was the proprietor of a home furnishings store, where his older brother also worked. His family’s immigrant journey included a period in Canada, where Mike was born, followed by life in New York City. Mike’s wife, Enid, was also the child of immigrants who hailed from County Cork, Ireland, and spent part of her childhood in Adel, Georgia.

The modern university professor is evaluated on three areas: teaching, research, and public service. Today, the emphasis is often on teaching and research, which leads to publications and external funding to support the university. Mike was a pioneering example of how to succeed in all of those areas.

Mike was an entertaining storyteller, and by the early 1960s, he had become a popular speaker for civic groups, professional organizations, and PTAs. Though he had a busy job as a professor and researcher, he felt an obligation to engage members of the public in learning about private enterprise.

Richard Rich, of Rich’s department store, asked Mike if he had ever had first-hand experience in managing employees. Mike said no, and Rich invited him to work at Rich’s during the Christmas season. Mike later recounted the important lessons he learned about customer service from wrapping and delivering packages to cars on Christmas Eve.

The goal of the Chair was to create a political, social, and economic environment that would enable private enterprise to prosper and multiply. The Chair also launched the Franklin Lecture Series to bring prominent thought leaders to campus, including journalist Norman Cousins, linguist S. I. Hayakawa, futurist Marshal McLuhan, economic educator Larry Senesh, and author Studs Terkel. 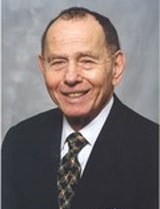 Support for the Chair came from corporations and foundations but was always fragile, and it operated on a budget of $50–$65,000 through the 1960s and 1970s. In 1979 Don Keough, the president of The Coca-Cola Company, pledged $100,000 from Coca-Cola if $400,000 could be raised from other sources to create an endowment. That goal was achieved in 1982. In 1984 the endowment was doubled thanks to a generous gift from Bernard and Eugenia Ramsey. Ramsey grew up in Macon, served as vice chairman of Merrill Lynch, and was Merrill Lynch’s largest stockholder. The Chair was named in honor of the Ramseys, and they made a similar gift to endow a Chair at the University of Georgia.

Mike was a prolific writer. His textbook Business Today became the best-known introductory textbook and an international best-seller. Eventually he formed an organizational design consulting firm, the Mescon Group, which booked engagements for corporate audiences. Mike often collaborated with his son Tim who followed in his footsteps as a professor of business and leader in Private Enterprise Education. With Tim, Mike authored columns for such publications as Delta Sky magazine for 20 years and the Atlanta Business Chronicle.

Mike’s greatest accomplishment was telling the story of private enterprise. His speeches would begin at Ellis Island and the attraction of the American Dream. He loved to answer questions about the role of profit in our economy – which he considered to be like the air we breathe and the blood that runs through our veins. To him, they are absolutely essential to survival in the world of business. He pointed out that without profits, businesses die, workers lose their jobs, stock holders lose the value of their investments, and a vibrant part of the community is lost. He also emphasized a point that dated back to his classroom experiences at Georgia State: “show up, show up on time, show up on time ready to play.”

Mike tirelessly crisscrossed the country to visit college and university campuses to share his message, and hopefully create new Chairs of Private Enterprise. By 1973 there were four other Chairs at Akron University, East Carolina University, Samford College, and Texas Christian University. By 1978 there were 30 Chairs. Mike’s student and later colleague, Craig Aronoff of Kennesaw State University, organized the first Chair of Private Enterprise Conference in 1976, with 35 attendees representing 13 colleges and universities. In 1977 attendance jumped to 120 attendees from 31 colleges and universities. In 1978 the Association of Private Enterprise Educators (APEE) was created, with Mike serving as the first president. In 1997 Mike was the first – and only – recipient of APEE’s Invisible Hand Award. Today, there are hundreds of Chairs of Private Enterprise, Entrepreneurship, and Family Owned Enterprises on campuses across the United States and in other countries. The Georgia Public Policy Foundation presented Mike with their Freedom Award in 2016, upon their 25th anniversary.

The Wall Street Journal summed it up best when they called Mike Mescon “the Pied Piper of Private Enterprise.”

David Martin was the longtime director of the Georgia Council on Economic Education, serving from 1979 to 2017.