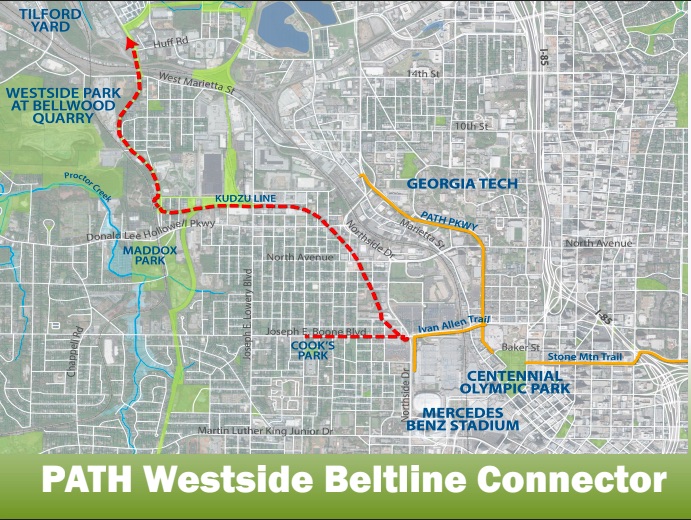 By Amy Wenk and Maria Saporta
As published in the Atlanta Business Chronicle on March 8, 2019

The PATH Foundation, Atlanta BeltLine Inc. and city of Atlanta are partnering on the roughly three-mile trail, including a new three-fourth-mile spur of the Beltline. The trail will begin at Centennial Olympic Park, run north over Ivan Allen Boulevard and along a former rail line to Marietta Boulevard at Huff Road.

“The Westside of Atlanta needs a really nice trail,” said Ed McBrayer, executive director of the PATH Foundation. “I think this is going to take off, and all of a sudden, there is going to be all kinds of development along the trail almost as soon it’s built. I think that area is ready to bloom.” 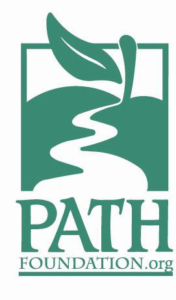 The project would be a next step in the PATH Foundation’s longtime goal to ultimately connect the Silver Comet Trail to downtown. The Silver Comet spans more than 90 miles from Anniston, Ala., to Smyrna, Ga. It would take about another 10 miles to connect it to downtown.

“We are driving the two ends toward the middle,” McBrayer said.

But perhaps more immediately, the trail project could provide an economic jolt to Atlanta’s Westside, especially in the long-overlooked neighborhoods such as English Avenue and Vine City.

“I’m convinced that this new spur is going to be an opportunity for some key neighborhoods to get connected into the Beltline, and ultimately into downtown, to make it the job creation, economic development hub in an area that has not seen a lot of significant investment,” said Clyde Higgs, CEO of Atlanta BeltLine Inc., which in recent months announced property acquisitions for the trail.

“I am very bullish on the Westside,” Higgs said, adding the Beltline has tracked new projects worth hundreds of millions of dollars planned for the area. “We are very positive about the activity that’s to come.” 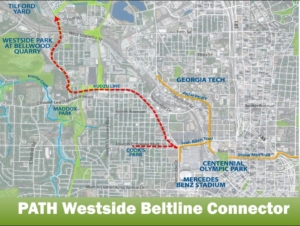 McBrayer compared the potential of the Westside to other booming intown areas.

“Developers are all over that area,” McBrayer said. “It’s going to be more like the Eastside Beltline development pattern.”

He was referring to all the private investment that has come along the Beltline’s Eastside Trail, which connects neighborhoods including Midtown, Old Fourth Ward and Inman Park. Since that segment opened in late 2012, the Eastside Trail has attracted billions in projects around it, including Ponce City Market and soon-to-open developments, such as office tower 725 Ponce and the massive mixed-use Madison Yards.

In recent years, there’s been a concentrated philanthropic push to lift up Westside neighborhoods, especially with the building of Mercedes-Benz Stadium. Top Atlanta business leaders including Falcons owner Arthur Blank and Chick-fil-A Chairman and CEO Dan Cathy have helped lead the charge, along with the city of Atlanta and other major corporations.

The Georgia World Congress Center Authority also recently announced its new hotel project would front Northside Drive, with the goal of helping spur more economic development on the westside of its campus.

McBrayer said there is an aggressive timeline to open the trail – about three years.

“We are planning on starting the first phase on Aug. 15,” he said. That would begin work at Northside Drive and Ivan Allen Boulevard.

The trail will include lighting and security cameras. The majority of the project will have 14-foot trails, just like the Beltline.

The project cost has yet to be finalized, but McBrayer said the plan is to raise about $18.5 million in private donations. The James M. Cox Foundation donated $6 million to kick it off. 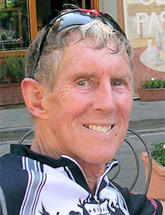 “The donor community has been really good to PATH in the past,” McBrayer said. “This is a wonderful project, so we aren’t anticipating funding being an issue.”

Over the past 23 years, the PATH Foundation has created 285 miles of trails around metro Atlanta.

“It is essential that Atlanta continue developing its system of paths and streets that are safe, interesting and pleasing for more people to walk and cycle,” said Tim Keane, Atlanta’s commissioner of city planning. “This is the transportation work of our time. We have built all the roads for cars we can. It’s now time to give everyone real choices. This work of PATH and the Beltline on the westside of Atlanta is a remarkable advancement of this system. It will connect downtown Atlanta and multiple neighborhoods on the westside as well as several public parks.”

Atlanta Business Chronicle recently awarded McBrayer with its 2019 Visionary Award for advocating, raising funds and catalyzing development of those paths and his commitment to help Atlanta break away from its dependence on cars.