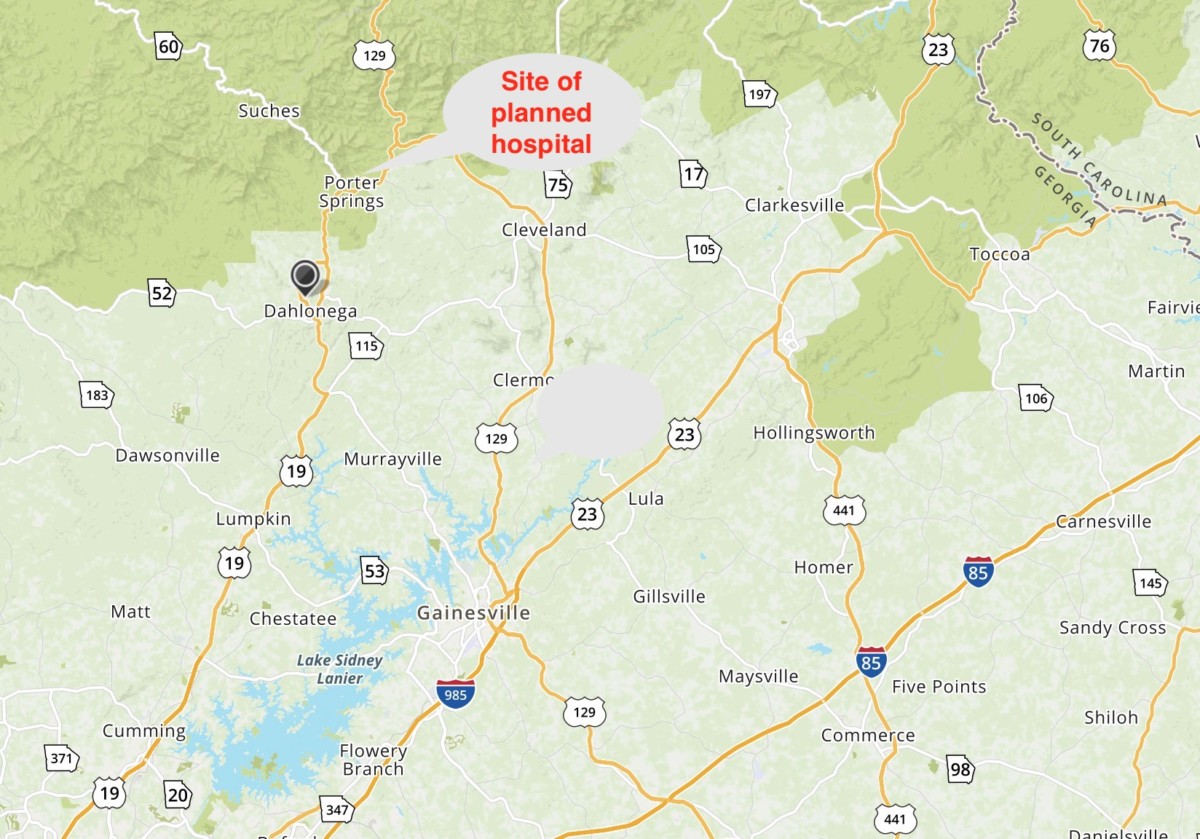 A new hospital is to be built and open in 2022 in Lumpkin County to serve an area just beyond the northern edge of the territory to be served by the soon-to-be consolidated Northside Hospital and Gwinnett Health Systems. During construction of the new facility, a closed hospital in Dahlonega is to reopen to protect a state certificate of approval of the type that some lawmakers say is outdated and should be eliminated.

A committee of the state House is to meet Thursday afternoon for the first time to discuss the legislation, House Bill 198.

The planned hospital in Lumpkin County is supported by Sen. Steve Gooch (R-Dahlonega), a resident of Dahlonega and former executive director of Lumpkin County’s development authority, according to a report by gach.org, an organization comprised of not-for-profit hospitals:

Both bills aim to eliminate the need for the state certificate to build or expand health facilities and services. A House study committee called for the elimination of the certificate as part of an effort to improve an aspect of the state’s health care delivery system that’s been unchanged since 1979.

Northeast Georgia Health System intends to build new hospital is to be built a few miles north of Dahlonega, near the community of Porter Springs. The 57-acre site along Ga. 400 is located near the intersection with Ga. 60, according to the report by gach.org. The number of beds hasn’t been determined.

While the new facility is being built, a shuttered hospital in Dahlonega is to be opened in July to protect the state certificate, according to the report. 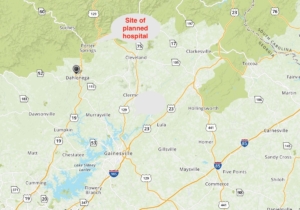 The Northeast Georgia Health System intends to staff emergency services and some patient rooms at a shuttered hospital in Dahlonega and build a hospital near the intersection of Ga. 400 and Ga. 60. Credit: mapquest.com, David Pendered

The certificate that’s under legislative review is issued by the state Department of Community Affairs. This certificate affirms the state has approved a purported need offered to the state to justify construction of a new hospital, the purchase of major medical equipment, or the renovation of an existing facility. Thus the name – certificate of need.

Here’s how the GACH report describes the proposal to protect the certificate of need that enables the Dahlonega hospital to serve as a place-holder for the planned hospital:

Nothing in the report mentions the planned merger of the Northside and Gwinnett health systems. The merger has been in process since 2015 and won federal approval Tuesday, according to a report published by georgiahealthnews.com.