Our shared story — are those things that make us New Englanders or southerners more connected than we may think? 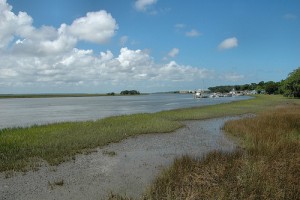 To call Atlanta an international city is to use the parlance of the day. Cosmopolitan, metropolitan, home of distinguished higher education institutions and leading cultural centers and sites, we daily speak of Atlanta in the world, and the world in Atlanta.

But to a degree that we often underestimate, Georgia and Atlanta have always operated on a national and even world stage. We are products of each other.

Georgia was, after all, an original colony and active participant in the Revolutionary War. From almost the beginning, when the 13 original colonies formed the United States of America, North and South came to depend on one another for economic success in world trade. Georgia, along with other southern states, supplied the cotton that created the industrial revolution in New England. The ships of New England were essential to the success of the slave and cotton trade. The production of cotton was, of course, based on the system of slavery that led to the rise of outspoken abolitionists. While the divide between Northern and Southern views on slavery eventually led to the Civil War, North and South came together again as one nation in the healing words, among others, of Robert E. Lee and Abraham Lincoln.

When you take a trip north to one of the former original colonies, you can find plenty of evidence of connections we share with our northern compatriots. You can discover that there has been a continual flow of ideas and people between the North and South throughout our history, and that many of those people and ideas have contributed significantly to the conversation of what it means to be an American. Our remarkable ability to have weathered a Civil War and grown to be a powerful nation of 50 states is celebrated when we discover in other states and regions of this country those historical facts and memories that we all share as Americans.

These speak to a common past, for better or for worse, that we have all come through together in our journey to this moment.

On your next trip to New England, pay close attention to local sites and historic places. There you will find, if you look closely, clues to our own past and present. Likewise, a visiting New Englander will find the same roots in their own stories in this land of Oglethorpe. What does that mean? Does it suggest that our sectionalism, regional difference and variation, accents and histories, are really just a camouflage? Are those things that make us Americans, or New Englanders, or southerners, more connected than we may think?

As a little game, the next time you take a trip to New York, or Boston, or Chicago, or L.A., look closely for any signs of Georgia you may find there. 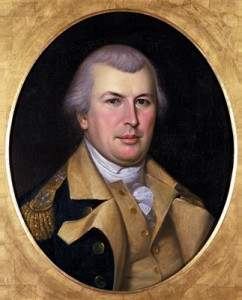 Nathanael Greene, commander of the Southern Department of the Continental army during the Revolutionary War.

After a week of family vacation in Massachusetts, on a visit with my son who now lives there, my own sensitivity was raised to just how “connected” our common past is in the smallest of things in the state of Massachusetts. Here is a sampling of what I discovered.

At 760 Pollard Blvd, S.W., in Atlanta can be found Our Lady of Perpetual Help Home that welcomes patients with incurable cancer, offering an atmosphere where “love, understanding, and compassion prevail.” Remarkably, this Dominican establishment, founded in the high-tide period of Jim Crow in Georgia, welcomed patients without regard to color, creed or national origin. Rose Hawthorne, the daughter of the great New England writer Nathaniel Hawthorne (1804-64), founded the order in 1939. Her father’s most famous fictional work, The Scarlet Letter, set in seventeenth-century Salem, is a powerful indictment of his own ancestral Puritan bigotry.

Nathanael Greene (1742-86), a Rhode Island Quaker, was made a commanding officer in George Washington’s Continental Army. His first command took him to Boston in 1775 (the year of the Battle of Bunker Hill). As an appreciation for his service to the budding United States of America, after the Revolutionary War the new state of Georgia conferred on General Greene, a war hero, an estate outside of Savannah named Mulberry Grove, where he and his wife, Catharine, settled after the war (and where the cotton gin was invented in 1793).

Prince Hall (1735-1807) was an ex-slave living as a free person in colonial Boston, where he practiced the leather trade in a store he owned. He was a community leader and an early abolitionist who advocated for equal education for freed people. Hall is the founder of black freemasonry, otherwise known as Prince Hall Freemasonry. Many of the members of this lodge served in Washington’s Continental Army. The site of his burial, and a monument in his honor, can be found on Copp’s Hill Burying Ground in historic Boston.

Prince Hall Masons organized in Atlanta in 1871, and in 1935, under the leadership of Grand Master John Wesley Dobbs, built a lodge in the Renaissance Revival style on Auburn Avenue. In 1960 Dr. Martin Luther King Jr. moved his offices into Prince Hall, which became the home of the newly established Southern Christian Leadership Conference. Hall, Dobbs, King — three greats in the American story. 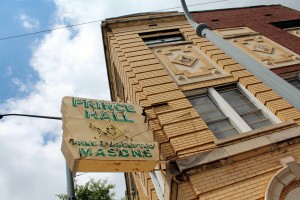 The U.S.S. Constitution is a wood-hulled U.S. Navy frigate launched in 1797 during the administration of President George Washington. It gained fame (and its revered name, “Old Ironsides”) in combat during the War of 1812, when it defeated British ships of war and captured many merchant vessels. Built at a yard in Boston, its hull contains live oak cut and milled at Gascoigne Bluff on St. Simons Island, which was also Georgia’s first naval port. Today, the U.S.S. Constitution is in dry dock at Pier 1 of Charlestown’s Navy Yard, one of the stops on Boston’s Freedom Trail. It remains to this day a fully commissioned vessel with 60 U.S. Navy active-duty personnel.

W. E. B. Du Bois (1868-1963) was a leading intellectual in his day. He was the first black American to receive a Ph.D. from Harvard, and is the author of important studies of race in American life. Born and raised in Great Barrington, in the Berkshire mountains of Massachusetts, his birthplace is preserved and open to the pubic. Known worldwide for his scholarship and human rights activism, one of his greatest works, The Souls of Black Folk, was written while a professor at Atlanta University. Du Bois also wrote a poem about the 1906 Atlanta Race Riot, an event he witnessed, and produced an important body of original scholarship documenting the lives (and struggles) of black sharecroppers in post–Civil War Georgia.