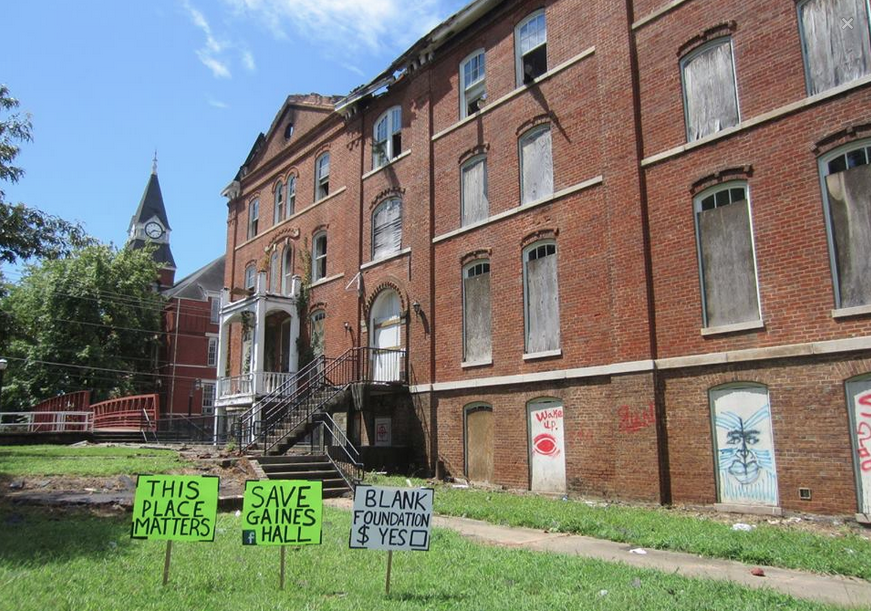 Arthur Blank says he is committed to honoring the history around the stadium. This is tailor made (Photo by Chad Carlson)

Arthur Blank says he is committed to honoring the history around the stadium. This is tailor made (Photo by Chad Carlson)

From Chad (with a couple of edits):

“We the citizens of Atlanta bought this building earlier this year. Not to save it would be a tragedy. It is one of the oldest buildings in the city – (1869) on the campus of one of the first African American higher educational institutions – the Atlanta University Center (Spelman, Morehouse, Morris Brown, Clark Atlanta). This building significance is beyond its beauty. It was where W.E.B. DuBois gained fame as a professor at Atlanta University. His book, “The Souls of Black Folk,” was a clarion call for black consciousness around the world. He was as important for African American determination in the first half of the 20th century, as Dr. Martin Luther King Jr. was to the second.”