Pianos for Peace delights people all over Atlanta 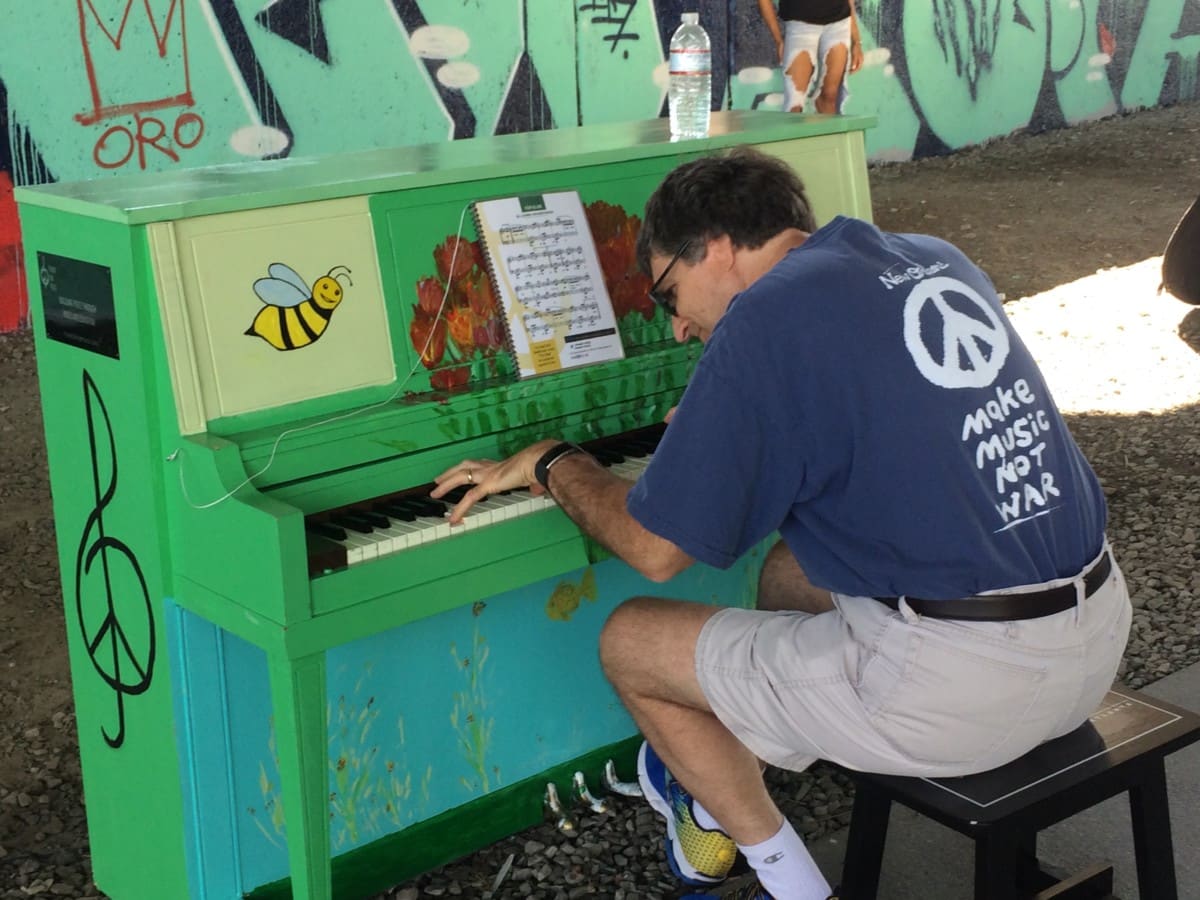 The moment was priceless. A man was walking along the Eastside Trail of the Atlanta BeltLine on Sunday morning wearing a T-Shirt with a peace sign and the following words: “Make Music – Not War.” 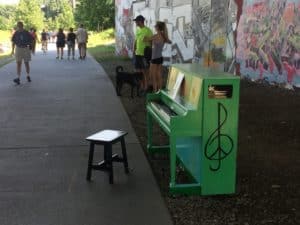 The man walked up to a green piano placed on the BeltLine as part of an inspirational initiative called: “Pianos for Peace.” The man was pulled to the keyboard as bugs are drawn to light –  and he entertained fellow BeltLiners with instrumental jazzy tunes.

All over Atlanta, similar musical tales have filled our ears since Sept. 3, when a Music Festival for Peace was launched. In total, 29 painted pianos can be found all over town until Sept. 18.

The festival is the brainchild of Malek Jandali, a composer and pianist who believes in harmony – musically and most importantly among people. 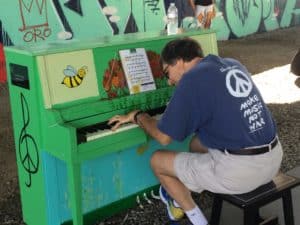 Jandali, a Syrian-American, was born in Germany. He has performed around the world, and he believes music can help bring people together while also introducing the arts and creativity to their lives.

“We are making art accessible for all,” Jandali said after the showing of a documentary about Arab-Americans. Jandali called it one of the largest public art displays in Atlanta’s history. “We are going to donate all these pianos to Title 1 schools and nursing homes.”

Jandali came to Atlanta partly because of its civil and human rights history as a city of peace. “I have a home here,” said Jindali,, who wants Atlanta to live up to its ideals. “I’m going to shake up the city,” he said laughingly. 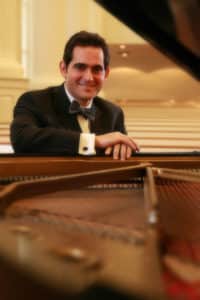 Malek Jandali, a Syrian-American pianist, has performed around the world but now calls Atlanta home (Special: Pianos for Peace)

On Sunday, Jandali’s hopes were being realized. At Piedmont Park, a well-dressed man started to play the couple of tunes he knew while a young man listened. And then the young man sat down on the piano bench, skillfully playing a number of pieces – showing he was true musician. People strolling in the park stopped to listen – enjoying the spontaneity of the moment.

Jandali said they actually have an app where people can locate the 29 pianos, and even schedule a free concert and invite, friends, family and fans to the show.

The Pianos for Peace festival works on so many levels. It showcases the ideals of our city. It adds fun and beauty to our urban environment. It helps spread the enjoyment of art to young and old alike. And it is helping bring our diverse city closer together. 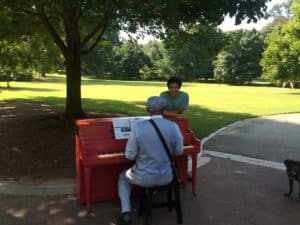 At Piedmont Park on Sunday, people come together around the piano (Photo by Maria Saporta) 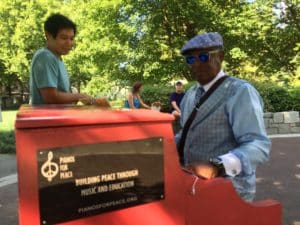 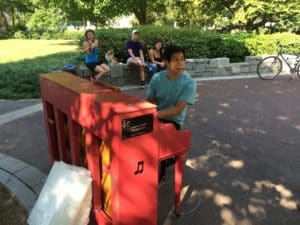 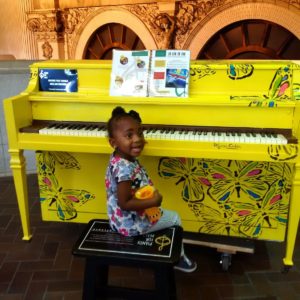 A piano at the Five Points MARTA Station attracts a performer of tomorrow (Special: Pianos for Peace) 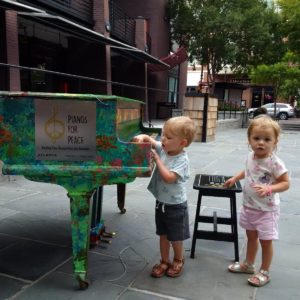 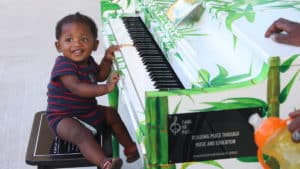