Love, honor, beauty, betrayal, duty. We know these as essences of life. They are also at the heart of the stories told in the poetry and plays of the great, late August Wilson (1945-2005). He won two Pulitzer Prizes for drama, and among his best-known works are Fences, The Piano Lesson, and Ma Rainey’s Black Bottom. Set largely in the black working-class community of his native Pittsburgh, Pennsylvania, his plays commemorate the individuality of his characters, and in so doing bridge the differences among races to create a mutual recognition. Wilson penetrates both the mind and the heart. 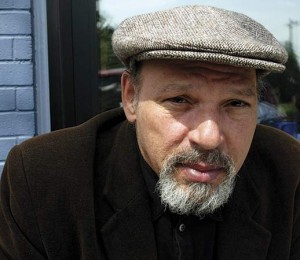 August Wilson’s literary oeuvre is profound. As a whole, it confronts with brutal honesty the inhumanity of the dominant white culture’s treatment of African American people in our long national history, yet also spares no one. All are guilty and innocent; all are human beings whose qualities, flaws, and virtues are recognizable in tales of love, honor, beauty, betrayal, and duty. These are at the heart of Wilson’s How I Learned What I Learned — a one-man play, which was also his last, wherein he examines his own “character development,” if you will. The play is currently being staged at the Southwest Arts Center in Atlanta by Kenny Leon’s True Colors Theatre Company. (Performances run through November 2, 2014.)

There was a time in American education when “character development,” typically by way of the humanities and the arts, played a great role in schools — indeed was seen by many as the purpose of education. The importance of virtue in the raising up of our youth was never really differentiated from the learning of math, science, history, literature, and foreign languages. In the hands of inspiring teachers, these all became the building materials of lives and society.

Today, character development and virtue find little official space in our public school classrooms, and sometimes are suspected of harboring a religious bias or political orientation. The truth is that such touchstones as the golden rule, duty, service, and self-sacrifice are timeless.

How I Learned What I Learned is August Wilson’s final play.

In this era of testing, teachers have little opportunity to help students think independently and creatively. This is not to say that there are not many amazing teachers who try and do succeed in bringing creative learning to their students, but they are challenged also by the exhausting priorities of our test-taking culture. Not surprisingly, when students are not given the time to process, reflect, and express themselves creatively, they may lose the motivation for learning.

All this came to mind as I recently watched the local production of Wilson’s play. “The theater that I know and embrace,” Wilson once said, “is essentially a European art form — the age-old dramaturgy handed down by the Greeks and rooted in Aristotle’s Poetics.” He infused it with “the great literature of the blues.” It brought home again the power of literature and the arts as expressions of our humanity, the lens for seeing ourselves in others, and seeing others in ourselves. There can be no greater glue in a self-governing society characterized by diversity than r-e-s-p-e-c-t.

I thought with relief of STEAM — the new push in some Georgia schools to bring the “A” (arts) back into our educational priorities. Giving our children more room and time to talk, to contemplate the meaning of love, honor, beauty, betrayal, duty is more important than ever. If the priorities of education leave little time for placing these at the center of our learning, there is nothing to prevent us, as parents, as grandparents, as community members, from putting them at the center of the stories we tell our children and each other. In the 21st century, Wilson’s message is one for the world.

To Kenny Leon and True Colors Theatre Company: thank you for once again bringing August Wilson to Georgia.

Check the True Colors Theatre website for performance times of How I Learned What I Learned: http://www.truecolorstheatre.org/events_history.cfm?eventid=59

Previous Article
Concerns over potential redlining raised in study of spotty recovery of home prices in metro Atlanta
Next Article
Clayton’s Nov. 4 MARTA vote could shift metro growth to the south side