Two of Georgia’s Fortune 500 companies – one of the oldest and one of the youngest – elected their first-ever African-American directors. 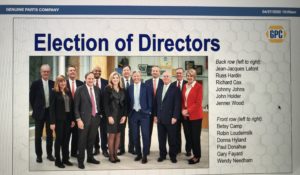 And Veritiv elected Shan Cooper, executive director of the Atlanta Committee for Progress, at its virtual annual meeting Wednesday morning.

In an interview on Wednesday, Cox said he was humbled to have been asked to join the board of Genuine Parts.

“It’s been phenomenal,” said Cox, who actually was appointed to the board by company leaders in February. “Growing up here in Atlanta, I’ve been aware of the NAPA brand.”

Genuine Parts, founded in 1925, sells its auto parts in North America mainly through the NAPA brand.

Cox, who served as vice president of business operations for Cox Automotive before he was named as a loaned executive to serve as chief operating officer for Atlanta Mayor Keisha Lance Bottoms, said it was an honor to be contacted. 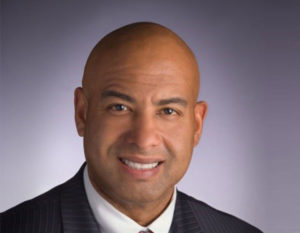 “Richard is a talented executive with significant experience in information technology and the automotive business,” Genuine Parts CEO Paul Donahue said in a February statement. “His expertise in strategy, operations, analytics, business intelligence, security and technical services make him a valuable addition to our board. We look forward to his contributions as a director of the company.”

Cox said it’s been a good fit given the company’s focus on technology and his background in the automotive sector.

“After first speaking to Paul, I felt good about the company and his leadership,” Cox said. “Diversity is very important to him, and he is open to getting diverse opinions.”

It was an added bonus that Genuine Parts, ranked 169 on the Fortune 500 list, is based in metro Atlanta.

Genuine Parts also saw another major change during its annual meeting on April 27.

Thomas Gallagher, who has been with Genuine Parts for 50 years – 12 as CEO and 1 4 as chairman, retired from the board because he had reached the company’s mandatory retirement age.

But Genuine Parts does not let its retired directors fade from the scene. It has a large contingent of “director emeriti” – leaders who continue to be welcomed at annual meetings and at company events.

In an interview, Gallagher acknowledged having “mixed emotions” about no longer serving on the company’s board. 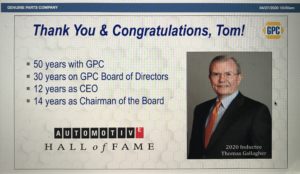 On the other side of the coin, Gallagher said he would miss the people and the “intellectual challenge” of running a major company.

“I’ll still be around, and I’ll have an office at GPC’s headquarters,” Gallagher said. “But it’s not the same.”

Gallagher also realized the legacy mantel he would now be taking on as the oldest living former CEO of the company. His two most recent predecessors – Wilton Looney and Larry Prince – died within 10 months of one another – 2018 and 2019 respectively.

For decades, no annual meeting was complete without words of encouragement and advice from Looney to executives and shareholders alike.

Although it is not nearly as old a company, Atlanta-based Veritiv also made history electing its first African-American director this week.

Veritiv, a packaging company established in 2014, is headed by CEO Mary Laschinger, who became the first woman to lead a Fortune 500 company in Georgia. Veritiv ranked 347 on the 2019 list of Fortune 500 companies.

Shan Cooper was a natural candidate to serve as a director of Veritiv. 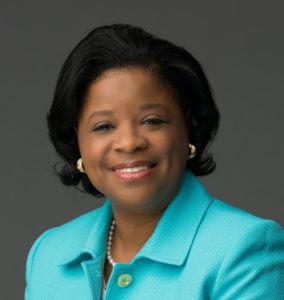 Before becoming executive director of the Atlanta Committee for Progress, Cooper ws the chief transformation officer of WestRock Co., also in the paper products and packaging industry. Before WestRock, Cooper served as vice president and general manager at Lockheed Martin Aeronautics Co. in Cobb County.

Cooper actually was named to the board in February, but she was elected by shareholders this week.

“I was really pleased when she was interested,” Laschinger wrote in an email Wednesday after the Veritiv annual meeting. “She can bring a lot to the table.”

Cooper, in a phone call Wednesday afternoon, said Laschinger had reached out to her directly about serving on the Veritiv board.

“I’ve had a. had a chance to meet the leadership team, and they are a capable and competent team,” Cooper said. “It’s a business with great potential. It’s going to be a fun time.”

Although Veritiv competes with WestRock in the packaging area, the company also provides publishing, printing and facilities solution.

“There’s a lot I’m going to have to learn,” said Cooper, who added that she’s excited to be associated with Veritiv and Laschinger. “She’s such a creative spirit, and she’s doing a great job.”

Previous Article
Most of city’s homeless population has been tested for COVID-19, but more work is needed
Next Article
Cut in half, to $100 million, Atlanta’s proposed housing bond retains support on council