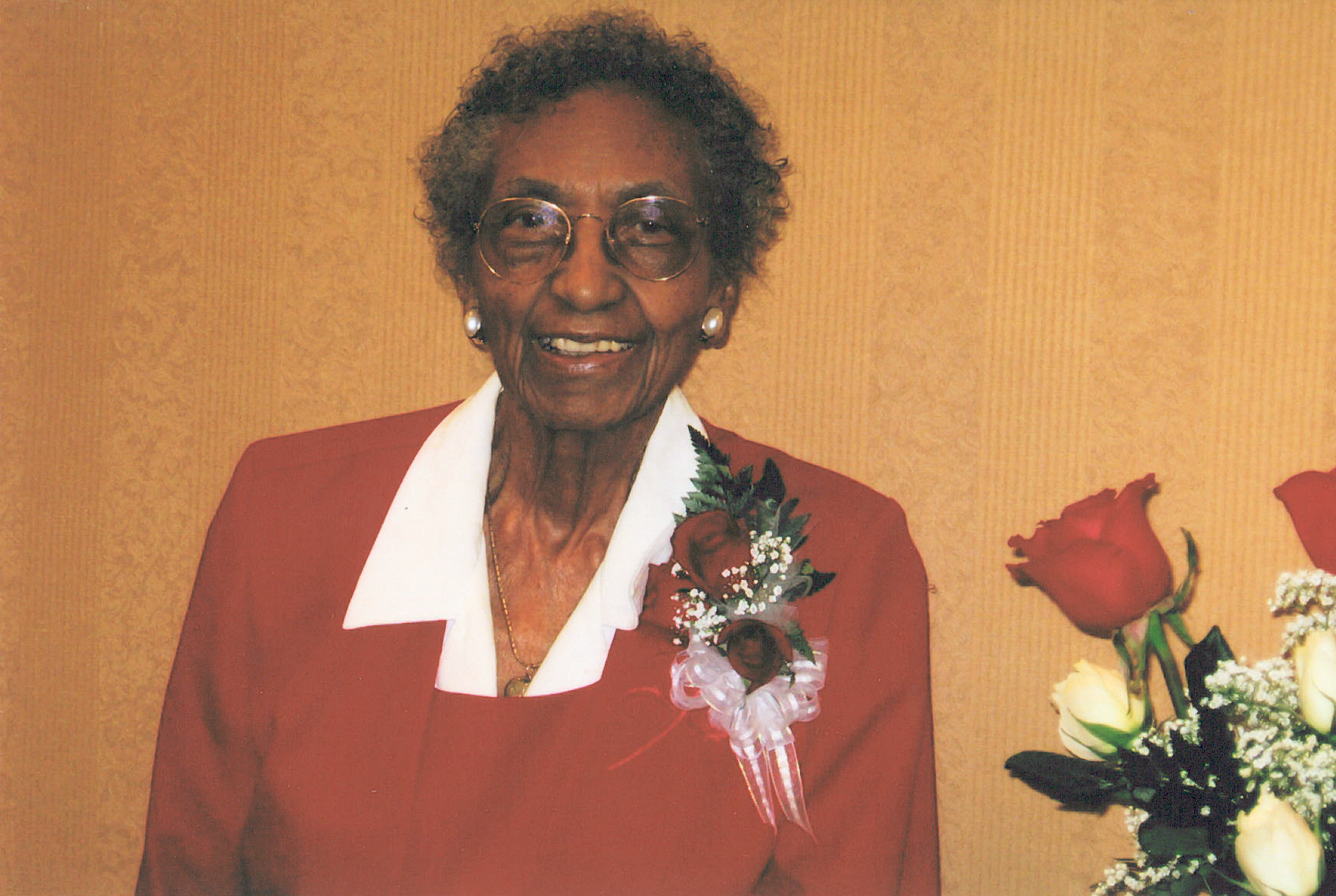 Dr. Susie Wheeler received the Governor’s Award in the Humanities, 2007, just months before her death.

Between 1917 and 1932, as described in my previous column, some 5,000 lovingly designed and constructed Rosenwald Schools were built for rural African American children throughout the South. They constituted a network of educational training camps in which minds were fed and nourished against the dark backdrop of legalized segregation. As such, they helped to lay the groundwork for the civil rights movement.

But the Rosenwald Schools were only physical forms and shapes. To animate the education that took place in them required hundreds of dedicated teachers who devoted their lives and careers to the inspiration and transformation of the children in their charge. To name them all could fill several columns, but to honor them all, let us remember the grand story of Dr. Susie Wheeler—an authentic Georgia hero.

Before Wheeler’s death in 2007, Thomas Scott, a professor of history at Kennesaw State University, interviewed her about her life in north Georgia. 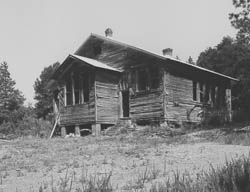 Noble Hill School, in Bartow County, pictured before restoration efforts, which were led by Susie Wheeler.

Susie Wheeler was born in 1917 in an African American community near Cassville in what was once called Cass County. Both jurisdictions were named for Lewis Cass, a New Hampshire native who served as President Andrew Jackson’s secretary of war and who played a major role in the expulsion of the Cherokee nation from the region. When South Carolina seceded from the Union in 1860, Cass made no secret of his strong anti-secession position. In response, the residents of Cassville in 1861 changed the town’s name to Manassas (to honor the Confederate battle victory in Virginia earlier that year). In turn, Cass County was rechristened Bartow County — after Col. Francis S. Bartow, the first Georgia officer to die in the Manassas battle.

Three years later, General Sherman’s army burned Manassas to the ground, and by 1870, the town reassumed its first name and began the process of rebuilding.

By 1923 Susie Wheeler was enrolled in Cassville’s brand-new Rosenwald School, called Noble Hill School. Her father had donated the lumber, as part of the requirement that the community match the challenge grant from the Rosenwald Fund. In those times, two teachers taught all of the seven grades in the school. 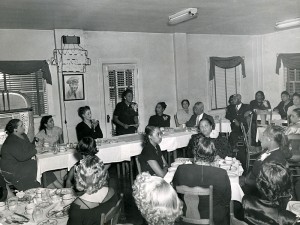 Memories of Wheeler’s early years are of “all” working. Her father, a tenant farmer, also had other day jobs. Her mother was a laundress in a nearby mill town as well as a maid for a prominent Cassville family. Wheeler herself chopped and picked cotton. Her father died when she was eight years old, but she vividly recalls the lasting impression made by her stepfather, Oscar Canty, reading poetry aloud for the family’s enjoyment, often including work by writers of the Harlem Renaissance. “[My mother] encouraged me to do anything that I could and to do it well. That was always her emphasis. . . . whatever you do, do your very best with it.” Her Rosenwald teachers underscored that message.

To continue her schooling in grades eight and nine (only about one-third of her classmates did) required walking five miles each way to the segregated Summer Hill School in Cartersville. Wheeler then continued her studies at a private “colored” Baptist school in Griffin — Cabin Creek High School (no longer standing), where she boarded with a local family. Having earned certification, she launched her career in 1937 as a teacher in Adairsville, about 10 miles from her Cassville home. She earned $25 a month when school was in session.

Despite the demands of teaching, marriage, and motherhood, she continued to pursue additional certification and college. (Not incidentally, teachers’ pay was tied to the number of years they had continued to study.) Over time she earned degrees or certificates from Fort Valley State College (a historically black institution), the University of Kentucky, the University of Georgia (after its racial integration), and then Atlanta University, from which she earned her doctorate. The Atlanta-based Southern Education Foundation helped with scholarship support. 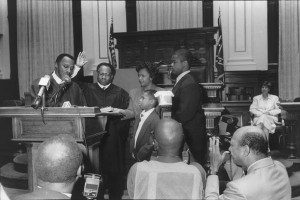 Robert Benham being sworn in as the first African American to the Supreme Court of Georgia, in 1989. Benham urged Susie Wheeler to restore the Noble Hill School. Credit: Daily Report

In her long career, she is perhaps best remembered as the Jeanes Supervisor in Bartow County. The task of Jeanes Supervisors, who worked within the segregated school systems of the South, was to supervise other African American teachers charged with improving academics, nutrition, health, and community involvement. They were paid by the Negro Rural School Fund, established by a $1 million grant from Anna T. Jeanes, a Philadelphia Quaker philanthropist.

Jeanes Supervisors were virtual “black superintendents,” Wheeler recalled; she herself was responsible for 14 African American schools in the county. They were also quietly paving the way for the civil rights movement. “African American women often covertly used this role to enhance historical ties between blacks and social institutions and to maintain efforts to gain equality in Georgia,” writes New Georgia Encyclopedia author Ann Short Chirhart.

Wheeler’s diplomacy, skill, and knowledge made her the natural choice as the curriculum director for Bartow County in 1961. The first step toward integration was the county’s adoption of a Freedom of Choice plan at the start of the 1965-66 school year. She worked hand-in-glove with communities, parents, teachers, and the county superintendent to ensure the process was a peaceful one — and it was. 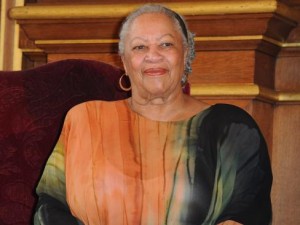 Novelist Toni Morrison’s father grew up near Cassville, Georgia, and a fictional Georgia town is the setting for her latest novel, Home. Credit: The Grio.com

After she retired in 1978, she was approached by then-Superior Court Judge and later Georgia Supreme Court Chief Justice Robert Benham. Benham was a graduate of Summer Hill High School in Cartersville, the institution to which Wheeler had once daily walked miles to attend. Benham encouraged her to get involved with the restoration of the now-decrepit Rosenwald School in Cassville that she attended as a child. She threw herself into the effort. The first significant contribution came from her sister-in-law, who owned and contributed the land on which the building stood. Other members of the community and the Historic Preservation Division of the State Department of Natural Resources became partners. Today, the meticulously restored Noble Hill School and Wheeler Center are as much the result of collaboration as was the construction of the original facility.

And it was near Cassville where the father of the great writer Toni Morrison was born and lived his first 14 years. Visiting her father’s childhood home in 1998 for the first time, according to one eyewitness, “As [Morrison] went up the steps to the old house, she gathered a handful of Georgia dirt from the yard and put it in a pocket.” Her most recent novel, Home, is set in the fictional rural town of Lotus, Georgia, during the 1950s. In Morrison’s inimitable style, a story that is specific to a place and time of African American experience opens to reveal universal truths.

And so it is with the story of Dr. Susie Wheeler. As we learn of her courageous grasp of every opportunity (and hint of one) that came her way, we discover that none of us has to surrender the power of thinking or of action. We, like she, can overcome.