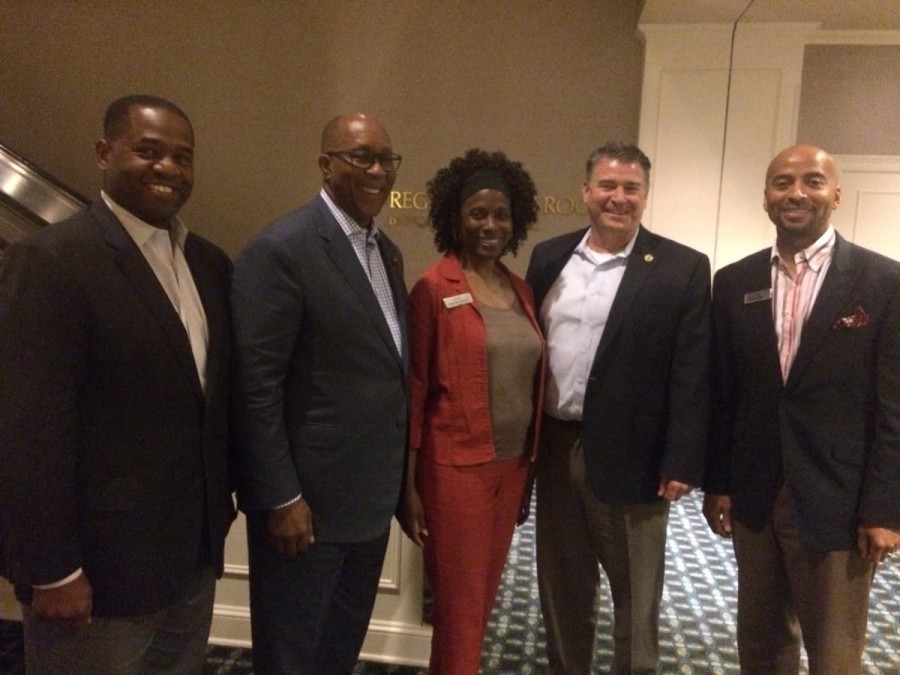 Former Dallas Mayor Ron Kirk, who was mayor when the LINK delegation last came to this Texas city in 1999, said the Atlanta region and the Dallas-Fort Worth have much in common.

“We are two regions that have a lot of high class problems,” said Kirk, referring to the two fast-growing Sun Belt cities that are trying to have their infrastructure keep up with their growth.

And both Dallas and Atlanta are looking forward. 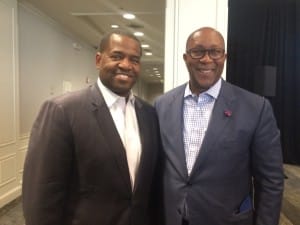 “Twenty years is nothing in the life of a city,” Kirk said. “There’s only so much of a difference you can make where you live and work. Big decisions take time. We are evolving.”

And so is Atlanta.

“We are building the new American cities where our children are going to want to live and work,” said Kirk, who today is “a former everything” – a former mayor and a former U.S. Trade Representative in President Barack Obama’s administration.

But that’s not entirely accurate. Kirk is part of a private venture that is looking to build high-speed rail between Dallas and Houston. As he sees it, the economic future of the United States belongs to the city-states  or metro zones – be them New York, Chicago, Atlanta, Dallas and Houston.

And Kirk was a bit surprised that regional Atlanta leaders had returned to Dallas to get more inspiration from the Texas city.

“When I became mayor, we were looking to Atlanta,” Kirk said. “We were losing on a regular basis to Atlanta. Back in the early 1990s, Dallas actually hired a consultant to tell us how we could be more like Atlanta. What is Atlanta growing like this?”

The word came back. Atlanta had a competitive edge over Dallas when it came to institutions of higher learning. 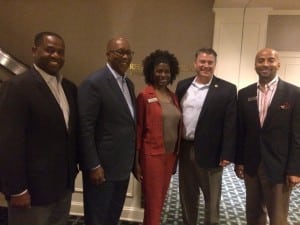 “One of the things I was most involved with when I was mayor was – Dallas, Texas was the largest city in North America that didn’t have a state-supported university in its city limits,” Kirk said.

By comparison, Atlanta had among the best educational infrastructure in the city with several universities including five historically black colleges and universities.

Kirk said it is a lot easier to work through challenges “in a community where everybody starts off with a common denominator – a college education.”

Also, another college is hoping to have a major impact on Dallas – the Paul Quinn College located in South Dallas. It is a historically-black college that moved to Dallas in 1990.

“We stand for a different model of urban colleges,” said Michael Sorrell, president of Paul Quinn College. “We decided we should turn ourselves outwards. We are in a food desert. We are closer to a food dump than we were to a grocery store. So we terminated our football program and turned the football field into an urban farm.”

Sorrell said that 83 percent of the students at Paul Quinn have Pell grants, and the administration knew they couldn’t afford high tuition and textbooks. 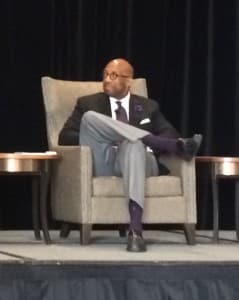 “We cut our tuition and fees (from about $23,000 to $14,000). We are now the first urban work college in the country,” Sorrell said. For the first two years, students work on campus. And for the second two years, students get jobs in the city. “It gives us a chance to give back to the community.”

But Sorrell said the challenges in South Dallas are great.

“It’s an amazing city, but it’s not an amazing city for everyone,” Sorrell said, adding that the area also is a “rail desert” with a lack of fixed public transit.

Despite the fact that Atlanta and Dallas still compete for major projects, Kirk said he owes a great deal to Atlanta. He has said that the late Mayor Maynard Jackson should have been the first black mayor of Dallas. He was born in Dallas, but went to Atlanta to go to Morehouse College, and he never left.

But when Kirk was running for mayor, Jackson would call him up encouraging him by telling him not to screw things up. After he had won the election without a run-off but not yet taken office, Kirk went to Atlanta to visit with Mayor Jackson.

“We spent two days talking about everything,” Kirk said. “He was such a great mentor and such a great friend. There has been such a special bond between Dallas and Atlanta.”