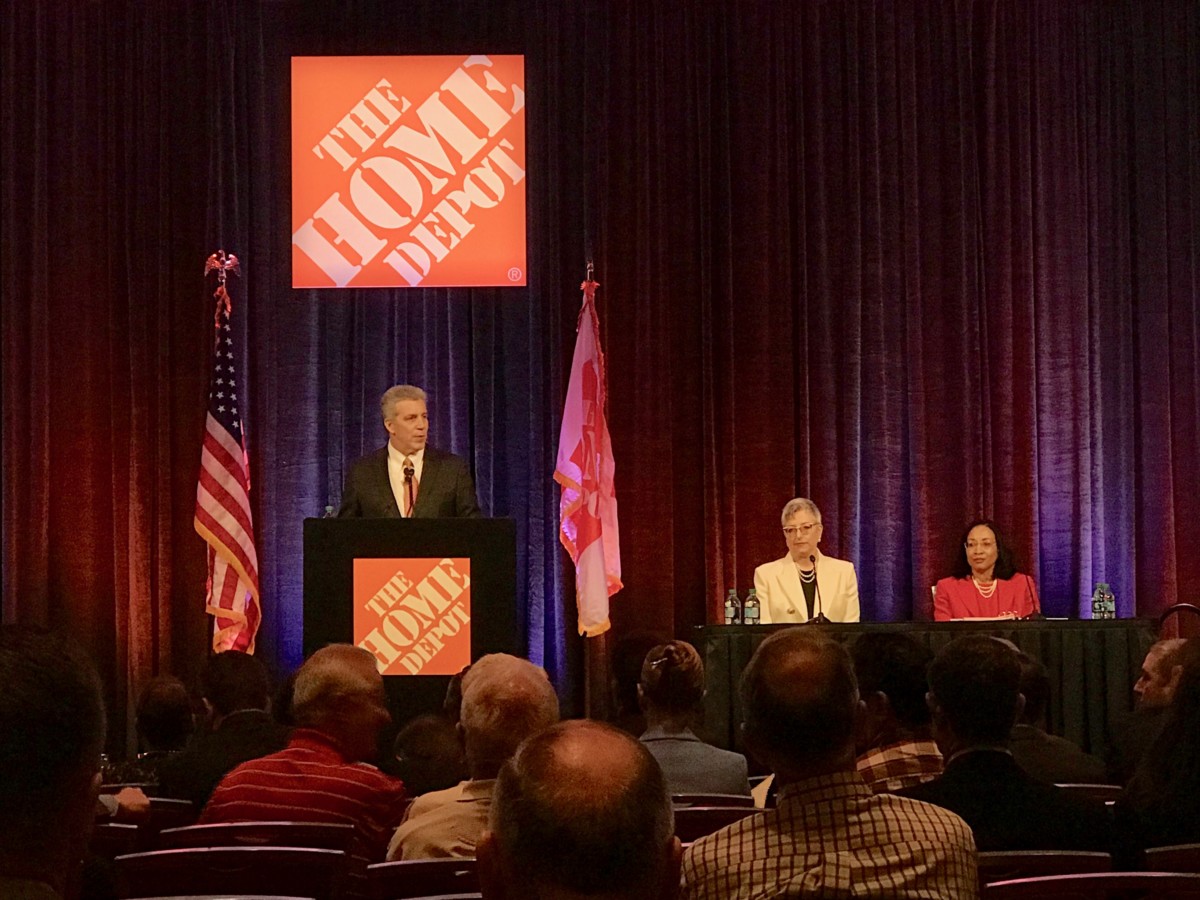 A shareholder proposal at Home Depot’s annual meeting today received 48 percent support – a showing that caught the attention of the company’s board and management.

The shareholder proposal, presented by the Congregation of Benedictine Sisters of Boerne, Texas, urged the company to prepare a diversity report on its workforce. Specifically, the proposal called on the company to release an “equal employment opportunity (EEO) report to measure diversity among its associates.

The Benedictine Sisters have presented the shareholder proposal at several previous annual meetings, and it received 33.65 percent of shareholders’ support in 2017. 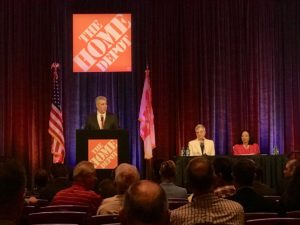 Home Depot CEO Craig Menear addresses shareholders at the company’s annual meeting May 17 at the Cobb Energy Performing Arts Center. Carol Tomé, the company’s CFO, and Teresa Wynn Roseborough, Home Depot’s corporate secretary, are seated at the table next to the podium (Photo by Maria Saporta)

It is quite rare for a shareholder proposal to get such a significant showing as 48 percent.

When one shareholder asked Home Depot CEO Craig Menear to comment on the vote in favor of the company compiling an equal employment opportunity report on an annual basis, he said: “We certainly as a board will take into account the result” of the shareholder vote.

In the proposal, the Benedictine Sisters said that Home Depot has paid out more than $100 million to settle discrimination lawsuits, including $87 million in a 1997 settlement.

It went on to say the report should include a chart identifying employees according to their gender and race in each of the nine major job categories for the last three years.

It also should provide a summary description of any affirmative action policies and programs to improve performance, including job categories where women and minorities are underutilized.

And the shareholders also asked the company to describe policies and programs oriented toward increasing diversity in the workplace.

By the way, the company’s board of directors has 13 members. Three are women, two are African-American and one is Hispanic.