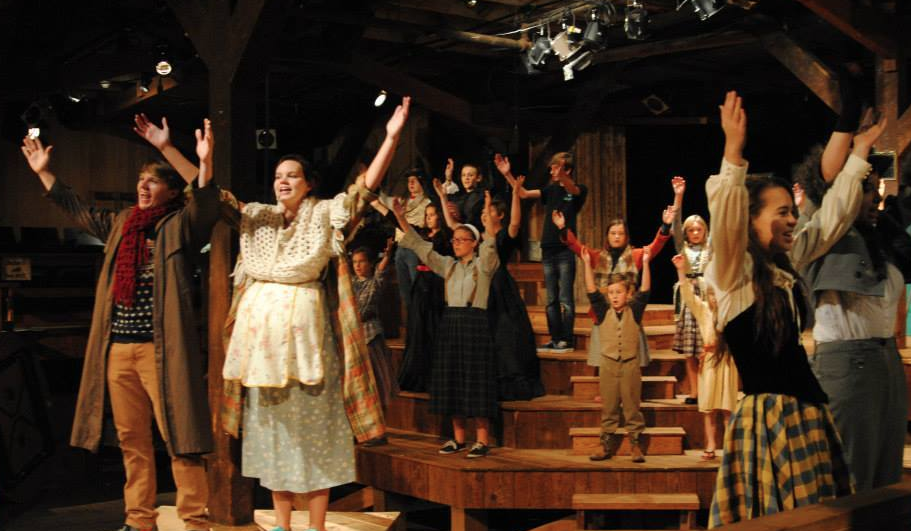 Swamp Gravy "Into the Woods" 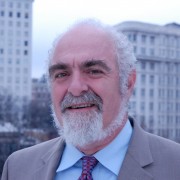 Since 2013 the Oral History Association (OHA), the national professional organization in the field, has been headquartered at Georgia State University (GSU). GSU’s own record of excellence in oral history, as manifested by outstanding collections housed in the GSU library and by work done by faculty and students across departments and disciplines, was a key reason for the OHA to move to Atlanta. In so doing, the OHA joins and helps extend a rich, vibrant history of oral history within Georgia.

Storytelling and the oral tradition have long held a prominent position in Georgia and the South, of course. Poverty and isolation led many southerners to rely upon their own resources, turning to storytelling along with music as their principal forms of entertainment. The rich oral tradition of the region could be heard in numerous places — sermons, political oratory, jokes, sayings, proverbs, and stories. 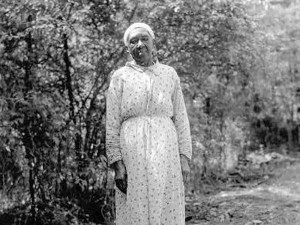 Josephine Hill, a former slave, photographed in 1937 or 1938 for the slave narrative collection, part of the Federal Writers’ Project. Credit: Library of Congress, Prints and Photographs Division

The roots of oral history as a more formal discipline date back to about 1930, when scholars at historically black universities began gathering narratives by former slaves. By the end of the 1930s more than 2,000 interviews with former slaves had been conducted, including close to 200 in Georgia, mainly under the auspices of the Federal Writers’ Project, established in 1935 by the Works Progress Administration. The earliest publication of these narratives was Drums and Shadows: Survival Studies among the Georgia Coastal Negroes, a pioneering work that captured distinctive Gullah speech patterns and documented the persistence of African cultural traditions.

Altogether the Writers’ Project gathered more than 10,000 interviews with Americans from a wide range of occupational and ethnic backgrounds. The Georgians interviewed for the Writers’ Project included washerwomen, farmers, midwives, clerks, fishermen, factory workers, practical nurses, and store owners. The stories were often revealing and poignant. E.W. Evans, a bricklayer and former slave, vividly described a scene from the murderous 1906 Atlanta Race Riot, while an Augusta woman who owned a combination grocery and liquor store lamented that she was now “reaping in tears what I sowed in fun.”

Yet, as political priorities changed with the advent of World War II, funding for the Writers’ Project collapsed by the early 1940s, and it would be decades before scholars rediscovered the life history interviews. 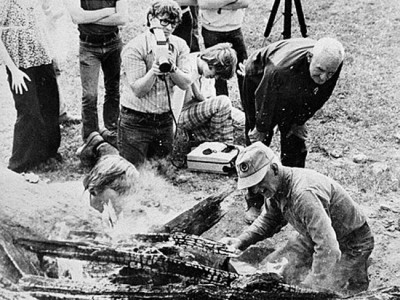 The 1960s and early 1970s ushered in a new era in oral history. The advent of the audio cassette and video recorder extended oral history practice far beyond major research universities. The field also became democratized in terms of who was being interviewed. The civil rights movement illustrated the historical agency of ordinary people, while the women’s movement revealed the value of multiple perspectives and vantage points in history.

The period witnessed a number of what might be called oral history-related “blockbusters,” including the works of Studs Terkel; All God’s Dangers, the oral memoir of an Alabama sharecropper that won the National Book Award; and Alex Haley’s book and the subsequent television docudrama Roots, which had its genesis in family stories about Haley’s African ancestor. 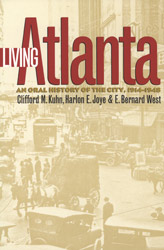 The book Living Atlanta was created from an oral history initiative of the Atlanta community radio station WRFG.

No oral history work was bigger than Foxfire, a project from the north Georgia mountain community of Rabun Gap. In 1966 Eliot Wigginton, a struggling first-year high school teacher, was having trouble enforcing discipline and engaging his students until together they hit on the idea of a student-produced publication. Students interviewed elders in the community about traditional Appalachian practices and beliefs, then placed the interviews at the heart of a magazine they called Foxfire, the first issue of which appeared in 1967.

The impact was immediate and transformational. The students themselves gained a deep appreciation of Appalachian culture, a culture often maligned and stereotyped, and threw themselves into all aspects of the publication process. From the beginning, the magazines attracted a great deal of attention, and spawned a series of popular Foxfire books. As a model of experiential education, the Foxfire approach spread like wildfire to schools across the country and even internationally. With the royalties from the books, community members established the Foxfire Fund, which to this day works to honor and preserve Appalachian culture, and to foster Foxfire-style teaching and learning.

Another significant Georgia oral history initiative was the Living Atlanta project of Atlanta community radio station WRFG. With funding from the National Endowment for the Humanities, in 1977 production began on a 50-part documentary series depicting life in Atlanta between the world wars, with an emphasis on the complexities of life in a segregated city, and featuring oral history interviews with close to 200 older Atlantans. A pioneer in the genre of radio oral history, Living Atlanta received national broadcast awards, and spawned additional radio programs, along with the book Living Atlanta: An Oral History of the City, 1914-1948. Over the years, the interviews, housed at the Atlanta History Center, have been used by numerous researchers, and have been featured in exhibitions, multimedia productions, and even dramatic works. 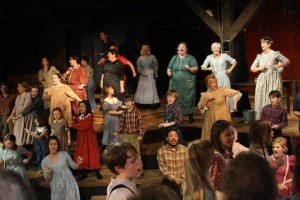 Without a doubt, the most successful oral history-based drama in Georgia is Swamp Gravy, a product of the southwest Georgia community of Colquitt. In 1991 local resident Joy Jinks and director Richard Geer developed a plan for what would be known as “community performance theater.” With assistance from the Georgia Humanities Council, volunteers began gathering oral history interviews which were then adapted into dramatic format by playwright Jo Carson; actors were selected from the local community; and songs and music were added. Swamp Gravy became an immediate sensation. By 1994 the old cotton gin in downtown Colquitt had been renovated to provide a permanent theater space, and Swamp Gravy had been named by the legislature as “Georgia’s Official Folk Life Play.” In updated form, the play continues to be performed annually and provides a model of how culture can play a crucial role in community revitalization.

In countless ways, oral history has entered a new phase with the digital revolution, nowhere more so than in Georgia. Oral history interviews play a central role in such state-of-the-art museum facilities as the National Center for Civil and Human Rights and the Atlanta History Center’s forthcoming “Atlanta Stories” exhibition, and the national organization StoryCorps has placed one of its four permanent booths in Atlanta. Digital tools have provided exciting possibilities for oral history in the classroom, as with the recent Digital Oral History Resources collaboration between the University of Georgia’s Richard B. Russell Library and the Center for Teaching and Learning. It is fitting that the Oral History Association is now situated in such a hotbed of oral history activity; in turn, the OHA will continue to help foster best practices wherever oral history is done in Georgia.

Cliff Kuhn is a member of the history faculty at Georgia State University and the executive director of the Oral History Association. He has been involved with numerous oral and public history efforts, including various award-winning radio series, a monthly feature on WABE-90.1FM, and the Coalition to Remember the 1906 Atlanta Race Riot. His publications include Living Atlanta: An Oral History of the City, 1914-1948 and Contesting the New South Order: The 1914-1915 Strike at Atlanta’s Fulton Mills.