When God ‘Died’ in Atlanta 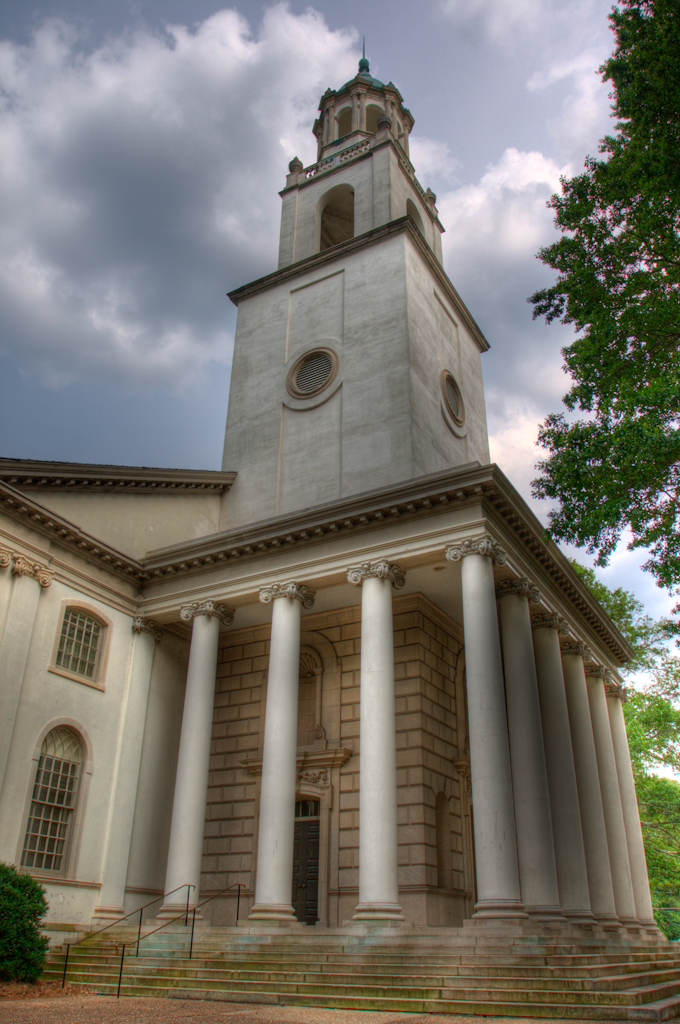 This week guest contributor Gary Hauk, vice president of Emory University and a Georgia Humanities board member, tells the story of the “God is dead” controversy, a multimillion-dollar fundraising campaign, and the triumph of academic freedom.

On October 22, 1965, the Emory University board of trustees was meeting to plan a campaign to raise $25 million — the largest fund-raising effort in Georgia to that point. By coincidence, a Time magazine story in the October 22 issue focused on four young American theologians, including one from Emory’s Department of Religion named Thomas J. J. Altizer. What made these men’s thinking newsworthy was Altizer’s way of framing it: “We must recognize that the death of God is a historical event: God has died in our time, in our history, in our existence.” In short order, this theology became known as the “death-of-God” movement. 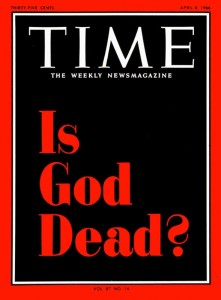 The April 8, 1966 Time magazine cover. The story was about the “radical theology” of Emory professor Thomas Altizer and others.

The magazine’s summary was clear and thoughtful, but reaction to the article was swift and largely incensed: Who were these puny theologians to question the existence of God?

Seeing a controversy that would sell magazines, Time expanded the story into a cover feature for the issue published just before Easter 1966. That cover was one of the magazine’s most famous ever, with its stunning question in large red type on a black background: “Is God Dead?” Letters to the editor poured in — 3,430, a record for the magazine.

In the quiet Druid Hills neighborhood of Emory, where Methodists worshipped on the campus each Sunday (and where today there are strong communities of Jews, Catholics, Muslims, and Buddhists), the cover also prompted a flood of phone calls and letters to the president, demanding Altizer’s dismissal. How dare a Methodist-founded and -affiliated university harbor a recreant of such outlawry? One Emory alumnus posted an ad in the Atlanta newspapers encouraging fellow alumni to “write the office of the president . . . and tell them why you, like me, are not donating to the 25 million dollar building fund.” 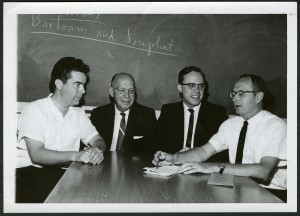 To be fair, many Emory alumni — including some Methodist and other ministers — wrote to defend Altizer. Some agreed with his conclusions; most supported his freedom to say what he believed.

In truth, there was never a question at Emory whether Altizer would remain on the faculty; of course he would. Legend has it that the Coca-Cola magnate Robert Woodruff, the greatest benefactor to Emory in the twentieth century, called the president to say that if Altizer were canned, Emory would not receive another dime from Woodruff.

More important, Emory president Sanford Atwood and board chair Henry Bowden defended the freedom of the scholar Altizer to publish his best thinking about his subject. 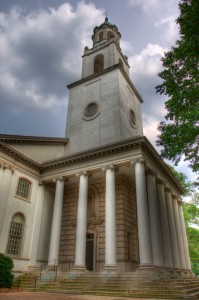 In fact, Altizer and his fellow theologians were no intellectual lightweights. Their scholarship combined interest in the philosophers Kierkegaard and Nietzsche, the German theologian Dietrich Bonhoeffer (martyred by the Nazis), the poet William Blake, sociology, and Buddhist thought. For one theologian, the “death of god” was a logical inference from the crucifixion of Jesus, including his sense of being abandoned by God. For another it meant the emptiness of the term “God” in a world without transcendent meaning. For another it reflected the increasing secularity of society, in which God as a source of order, purpose, and culture was irrelevant. For still another, God’s “demise” left the morality of Jesus in place, with an imperative to love our fellow human beings without regard to a hereafter.

Naturally, since the controversy centered on theology, many readers assumed that Emory’s Candler School of Theology should be the target of their ire. The theology dean, William Cannon (later a Methodist bishop), felt compelled to respond. He disagreed with Altizer but understood the importance of defending academic freedom. While President Atwood and the trustees delayed making a public statement, Cannon dictated a 1,400-word letter. Atwood approved it and urged Cannon to send it to the Atlanta papers. 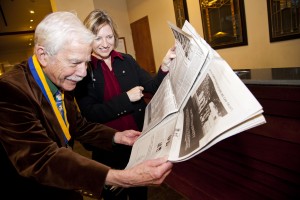 Cannon clarified a few things. First, Altizer was a member of the Emory college faculty, not the theology faculty (one can almost hear the dean whisper, “Thank God!”); he thus was not subject to discipline from the theology dean. (So send your letters elsewhere, was the implication.) And, second, Altizer was not a clergyman (especially, need it be said, a Methodist one), so could not be sanctioned by the church. What Altizer was, Cannon said, was a professor in America, and he thus enjoyed both religious freedom and academic freedom. Only through such freedoms, Cannon emphasized, can human rights and truth be served.

Ironically, the Altizer controversy, rather than torpedoing the university’s fund-raising, set it on firm footing, as the Ford Foundation ratified the administration’s support of academic freedom by making a major grant. Other donors, similarly encouraged by the defense of freedom, sent smaller checks.

The best response may have come from the father of a student: “The semblance of intellectual curiosity is apparent on thousands of campuses, but to find it in fact is extremely difficult. . . . I remain confident that Emory will continue to assist its students to create a world less dangerous, less prejudiced, and less confused.”

For a time, Altizer was a theological rock star, appearing on television talk shows and lecturing throughout the country. By coincidence, he left Emory the same year that Dean Cannon did. In 1968, as Cannon was elected bishop, Altizer accepted an appointment at the State University of New York at Stony Brook, where he taught until his retirement. His legacy of courageous inquiry continues to serve as a high bar for scholarship at Emory.

Gary S. Hauk, a vice president at Emory University, is a member of the Georgia Humanities board. This column is adapted from his book Religion and Reason Joined: Candler at One Hundred.