We are only in 2012 but already a leading candidate has emerged as word of the decade: “sustainability.”

Everywhere one turns, one hears it. Virtually every company of any size has a corporate sustainability officer, whose job is to make sure the corporation is engaging in good sustainable business practices.

While some believe that this trend is more about “green-washing,” or generating good public relations for the company, than it is about tangible accomplishments, it is clear that having someone with these responsibilities in the corporate suite can lead to positive actions around recycling, energy efficiency, and other ways in which businesses can be more environmentally conscious. 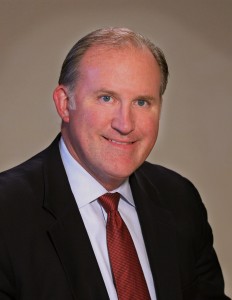 Meanwhile, those concerned with the regional economy talk now about “sustainable” economic development – another way of asking how do we actually create and keep jobs in the new, emerging fields of green technology.

The Metro Atlanta Chamber, for example, has recently released its Sustainable Economic Growth Initiative. And cities across America, including Atlanta, compete fiercely for top rankings in various “sustainability” indices as a way to attract people and jobs.

And, of course, sustainability is front and center in the energy field, where advocates push for greater use of clean, renewable energy sources and greater energy efficiency in buildings and cars, among other goals.

What is interesting is how little any of this may mean for metro Atlanta as it struggles to recover from its worst recession in 75 years and create a new identity that can help it compete in 21st century.

Why? Because most of the commonly pursued “sustainability initiatives” — however worthy – involve forces and activities well beyond our region’s control or even influence.

For example, the actions of Coca-Cola, UPS, or Home Depot in corporate sustainability can affect many people, but most reside in other parts of the country and world.

While local and state economic developers can develop plans to create a sustainable regional economy, metro Atlanta is more deeply affected by forces of economic globalization and technological change that hamper our ability to grow good jobs.

And our capacity to develop new energy sources and strategies runs straight into the economic realities of regional electrical utilities and their current and future investment in power plants with traditional fossil fuel energy sources.

The ability of a region – even a leading metro area of more than 4 million people like Atlanta – to shape its own future has never seemed weaker.

But perhaps there is another way of looking at this situation, a way of creating a regional sustainability agenda comprised of elements that local leaders and citizens can more directly influence and make happen.

Such an agenda would primarily focus on metro Atlanta’s built environment — the one place where local control remains in place and where a region can change and even transform itself over time.

This is where sustainability really takes place in any city or region – how and where we build housing, commercial buildings, transit and roads, greenspace, and create ways for people to move, interact, enjoy life, and (hopefully) prosper.

1. Build transit – lots of it: People are flocking to cities and metro regions across the world in search of jobs and opportunity. It is the way this country will grow and Atlanta can be part of it, but not with a 1950s style transportation system and strategy built around freeways and long commutes. The Transportation Investment Act referendum vote scheduled for July 31 will be a milestone in shaping our region’s history, with an opportunity to generate over $3 billion in new funding to build and maintain transit in region. Such an opportunity won’t come around again for some time.

2. Create more parks and greenspace: Atlanta is one of the most under-parked major cities in the nation according to the annual scorecard compiled by the Trust for Public Land. In New York, Chicago, Minneapolis, and many other region, local leaders have focused on creating or expanding greenspace in various forms (Millenial Park in Chicago, the High Line in New York City) as a way not just to improve quality of life but to generate new economic activity. What is most interesting and exciting is that this movement involves not just creating new major urban-style public parks, such as those proposed along the Beltline, but smaller sized greenspaces such as by transforming “dead” concrete playgrounds into active neighborhood parks and creating other kinds of new public spaces.

3. Rebuild our housing/revitalize our neighborhoods: The current five year economic downturn has particularly devastated Atlanta’s housing sector and many of its neighborhoods, particularly lower-income and working-class communities. Atlanta can only be truly revitalized when a comprehensive and well funded local/state/private effort can be mounted to aggressively attack the foreclosure and vacancy cancer and provide opportunities for new development. The sustainability agenda needs to be inclusive, and address social equity issues to be truly successful.

4. Create more and better examples of sustainable living: The author and urban planner, Chris Leinberger, notes that Atlanta has at most four “livable, walkable” neighborhoods or communities, compared to dozens in Seattle, Denver, Washington, D.C., and many other regions. Changing the tapestry of urban life is a complex process that generally takes years, and involves thousands of private investment decisions, not just public dollars. But we need to look to build on our current successes in places like Decatur, Midtown, and Virginia-Highlands, as well as suburban town centers like Woodstock and Suwannee, make them even better, and help other communities move in the same direction.

Sustainability is a process as much as an outcome. Arguably, Atlanta’s initiatives in air transportation, civil rights, and the successful hosting of the Olympic Games demonstrated its “sustainable” approach to growth and development in the second half of the 20th century. Certainly, the benefits of these advances were felt broadly and in long-term ways.

But market and demographic forces have changed and Atlanta’s new sustainability agenda will need to be quite different if it is to continue to attract residents and businesses. Metro Atlanta needs to join the new sustainability game, and there is much we can do locally to influence that.