"The Shade" a lasting tribute to the 106 arts patrons from Atlanta who lost their lives in the 1962 Orly crash. (Special: Woodruff Arts Center.)

That’s the day when 106 members of the Atlanta Art Association lost their lives in a plane crash at the Orly Airport in Paris. The people on the plane, which crashed upon take-off, represented the crème-de-la-crème of Atlanta’s cultural community. In all, 130 people died in the crash, including eight crew members. The numbers are painful to write — 33 children were orphaned, 46 adults lost a parent and 21 spouses were widowed.

Although I was only six years old in June 1962, I remember my parents’ profound grief to have lost so many friends on that tragic day.

It was hard to comprehend the impact the Orly crash would have on the development of Atlanta, which was still a relatively small Southern town in 1962. But it was a city that has always dreamed big.

“The purpose of that trip was to thrust Atlanta forward so it could become a great international city,” said Rickey Bevington, president of the World Affairs Council of Atlanta who lost her great-grandmother and grandmother in the Orly crash. “They knew you can’t have a Paris, a London or a Rome without beautiful art.” 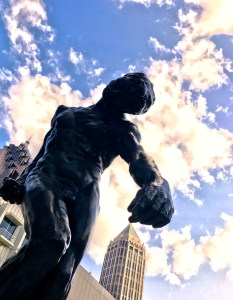 “The Shade” a lasting tribute to the 106 Atlantans who lost their lives in the Orly crash of 1962. (Photo by Kelly Jordan.)

At the time, Atlanta had no scheduled trans-Atlantic flights. The 106 arts patrons who flew to Europe on a charter flight spent three weeks on a grand tour of great art in the region.

It was the tragedy of the Orly crash that led to the development of the Atlanta Memorial Arts Center — now known as the Woodruff Arts Center — in honor of its top benefactor, Robert W. Woodruff, the legendary leader of the Coca-Cola Co.

One of my parents’ dearest friends (who was like a second father to me) was Joe Amisano of the architectural firm Toombs, Amisano & Wells. He was selected to design the Memorial Arts Center, which opened in 1968.

Today, the Woodruff Arts Center is one of the most prominent art centers in the country — with the Alliance Theatre, Atlanta Symphony Orchestra (ASO) and High Museum of Art. The Arts Center serves more than 800,000 patrons annually, including more than 170,000 students and teachers — making it the largest arts educator in the state of Georgia.

Hala Moddelmog, president and CEO of the Woodruff Arts Center, said the Orly crash represented the resilient spirit of Atlanta.

“To me, it’s certainly important to acknowledge our heritage here at the Woodruff Arts Center,” Moddelmog said. “The way we came to be is such an amazing story. It was such a tragedy, but it was just like Atlanta’s symbol of the phoenix emerging from the ashes. We need to make sure we never forget the impetus for creating the Arts Center.” One of the great gestures that emerged out of the Orly crash was when the French government donated a statue by Auguste Rodin titled “The Shade” in memory of the Atlantans who had died. The statue is prominently displayed on the lawn in front of the High Museum of Art.

For the 60th anniversary of the Orly crash, the space around “The Shade” will display flowers to honor the history of the Arts Center and the people who were the foundation of Atlanta’s cultural community.

Coincidentally, the 60th anniversary is occurring at the same time as the Woodruff Arts Center’s ninth annual Educator Conference, hosted by the Alliance, Atlanta Symphony Orchestra and the High. Chris Moses of the Alliance Theatre will share the history of the crash before the keynote speaker at the Educator’s conference.

Also on June 3, the Woodruff Arts Center’s website will post the poem Pearl Cleage wrote about the Orly crash on the 50th anniversary titled “Wish You Were Here.”

Moddelmog said Atlanta families impacted by the crash “care very deeply” that history is not forgotten. Given the late date, Moddelmog said they realized they weren’t going to be able to put on a big event to commemorate the 60th anniversary — as had occurred for the 50th anniversary.

But Atlanta’s arts leaders wanted to respectfully pay tribute to this important moment in Atlanta’s history 60 years after the fact. 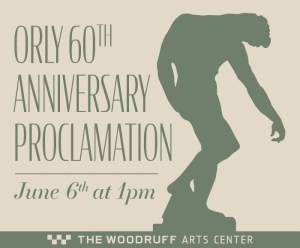 Invitation to the Proclamation ceremony that will be held Monday, June 6 at 1 p.m. during the Atlanta City Council meeting at City Hall. (Special: Woodruff Arts Center.)

On Monday, June 6 at 1 p.m., the Atlanta City Council will issue a proclamation in honor of the 106 people who lost their lives in the 1962 crash Descendants of the families involved in the crash have been invited to take part in the ceremony.

A 20-year-old PBS documentary about the Orly crash “The Day Atlanta Stood Still” captures the significance of this moment in time.

Although Atlanta lost so many arts patrons on that day, Rickey Bevington said the impact of the crash “advanced Atlanta’s arts and culture by a generation in just a matter of years.”

Bevington, a longtime Atlanta journalist, has emerged as a voice for the families who lost loved ones in the crash.

“I’m able to talk about it in a way that’s not quite as raw as the children who lost parents,” Bevington said in an interview on Thursday. But it was a topic she never could bring up in front of her late grandfather — Milton Bevington.

One of the more poignant stories in the documentary was that Milton Bevington had flown to Paris to surprise his wife — Betsy Bevington, and his mother-in-law — Dell White Rickey. He could have taken the same Air France charter flight back to Atlanta with them, but his wife insisted they not travel on the same plane just in case there was a crash so their three young sons wouldn’t lose both parents. Milton Bevington watched the plane crash upon take-off in Paris.

In a column printed in the June issue of the Atlanta Intown newspaper, Bevington wrote:

“The Orly Air Crash is a symbol of both unspeakable pain and Atlanta’s drive toward progress. 106 citizens inspired Atlanta to leverage the arts to turn their southern town into a world-class city. If beauty can come from tragedy, I hope the Atlanta of today reflects the optimistic future they envisioned.” 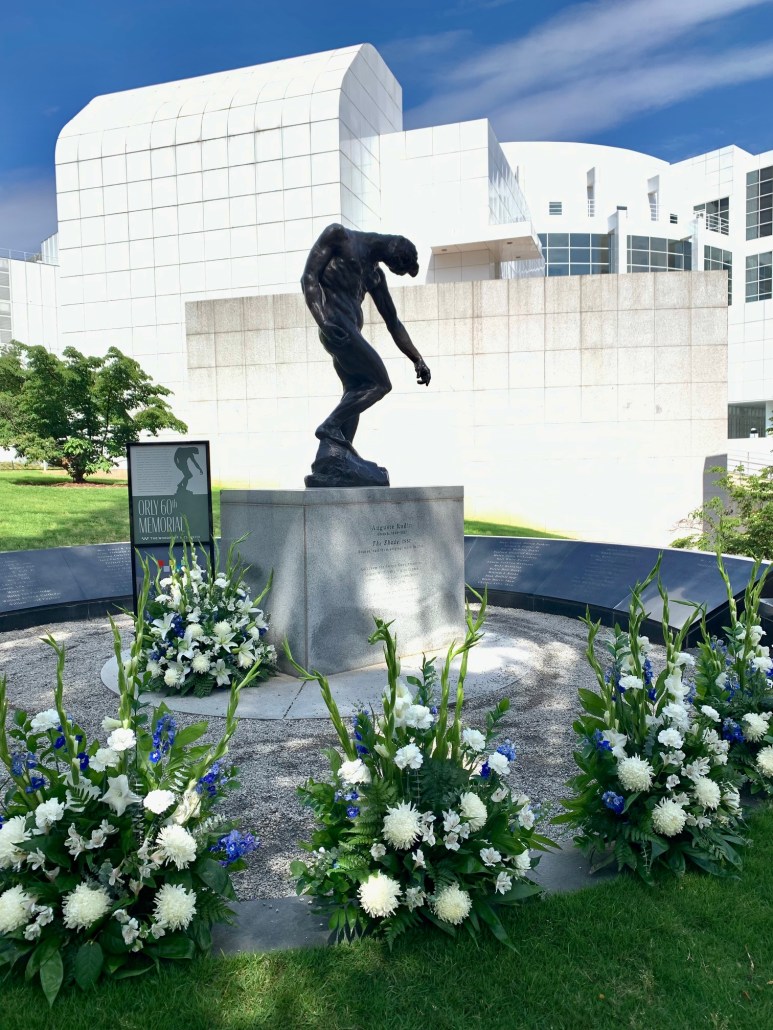